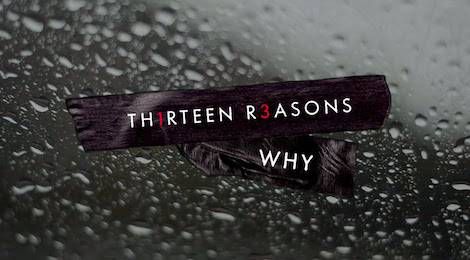 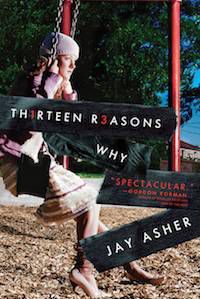 At the end of April, a Colorado high school official very briefly ordered that the YA novel Thirteen Reasons Why by Jay Asher be pulled from circulation for review. The school was dealing with a recent rash of student suicides, and the administrator was concerned over the graphic suicide depicted in the Netflix adaptation. Overall, the move was mild. Librarians at the school raised concerns about censorship, assured the administrator that the book was not graphic, and the order was rescinded within hours.

When I heard this piece of news, something unusual happened. I had a momentary surge of satisfaction, rather than the instant outrage these kinds of stories usually inspire in me. I am a librarian, I’ve worked with teenagers for years, and I’m an avid opponent of the idea that we need to ‘protect’ children from books. I’ve also always been extremely uncomfortable with the book Thirteen Reasons Why.

Asher’s book is built around tapes a girl recorded just before her suicide. She sent the tapes to people who influenced her decision and in them she details the events that led up to her suicide. The novel was an instant hit. Readers of all ages were moved. I have heard from many people that they or their children or students were inspired to live more thoughtfully, that they grew in kindness and understanding after reading it, or that they themselves felt understood. I don’t discount these experiences. I even tried to read the book, but my concerns were just too unsettling.

There are many reasons that young people take their own lives. Mental illness, bullying, abuse, identity – they can all contribute to this choice. What troubles me about Thirteen Reasons Why is that it takes a toxic suicidal thought and confirms it: They’ll be sorry when I’m gone. Especially when mistreatment comes into play, suicidal youth can develop the perception that their suicide will teach their abusers a lesson or reveal their wrongdoing. Their suicide becomes not only an escape, but a punishment that no one else could or would deliver. In my opinion, Thirteen Reasons Why embraces and romanticizes this idea. Through the tapes, this young woman is finally able to tell her own story. So, yes, a little part of me understood and even felt a little vindicated when I heard this news.

There is something just as destructive in reacting to youth suicides by pulling this book, and I don’t just mean censorship. What I realized when I stopped to think about my reaction was that pulling this book wasn’t just censorship, it was a distraction. A band-aid.

When we experience something like a high number of suicides, even just one suicide, especially when it is a young person, we feel helpless. The kids are gone, we cannot save them. We don’t know if we missed their pain or ignored, and we don’t know if we’ll do it again. We are in pain. We are angry and confused and even guilty. In response, we become desperate to do something. That’s good. The trouble, though, is that we want something to do now and there are no fast or easy answers.  Something caused each of these kids to kill themselves, and it wasn’t this book. This book has been out for years, these suicides began before the Netflix show aired. There has been media about suicide available to children for a long, long time. These were not the first, nor will they be the last, high school suicides. 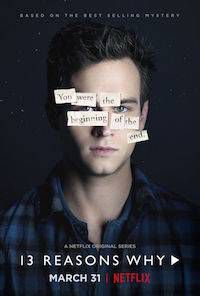 We need to respond to these wounds in our communities, but banning a book is a cop out. It lets us off the hook too easily. If you go to the doctor with a broken leg, they’ll give you a pain killer, but they still have to reset the bone. Blaming a piece of media or a celebrity or some other ‘bad influence’ numbs the pain for us. It makes it easier to look away before facing the deeper problems. The solutions for those problems are complicated and require time and work and resources. Mental health support, investigations into abuse, community building, poverty assessments, and more than anything, deep, honest examination of the cracks in our systems. Banning or pulling a book, any book, is not going to solve our problems, we have to do that ourselves.