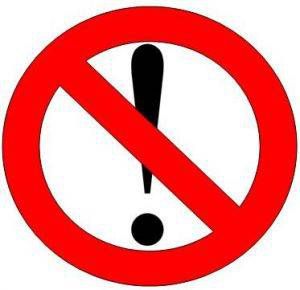 There are times when an issue will weigh heavily on your mind but you can’t quite get the words out. This issue will be a topic you broach in person, away from the Internet, with your like-minded literary friends, trying to puzzle out the argument you want to make, and failing to make the argument coherently you will fall into silence.

That is until you read a post about the issue by Jacob Silverman called Some notes against enthusiasm.

You will read this post and shout AMEN! and HALLELUJAH! You will use all caps and exclamations, which is something you rarely do because you think, like enthusiasm, these are the kinds of things that should be doled out for those subjects most worthy of the drama or acclaim. You will, of course, accept the irony of your enthusiasm for a post against enthusiasm.

You will be so excited to have found someone worrying about the issue of over-enthusiasm, you will start writing in the second person for no apparent reason.

But make no mistake, I am not hiding behind the second person; I am stridently and now vocally against too much enthusiasm, and I’m very happy Silverman has put words around this problem.

He nails the problem infecting the world of literary blogs and their twitter brethren:

“The dominant sentiments are cloying niceness and blind enthusiasm (particularly on Twitter). Somehow criticism has become synonymous with offense; everything is personal—one’s affection for a book is interchangeable with one’s feelings about its author as a person. Critics gush in anticipation for books they haven’t yet read; they <3 so-and-so writer, tagging the author’s Twitter handle so that he or she knows it, too; they exhaust themselves with outbursts of praise. . .”

While Silverman attributes this boundless, feckless enthusiasm to the new rules of the game, the sort of behavior expected to win author affection and gain followers, I only partly agree with that portion of his argument. I think the problem is bigger than the lit-o-sphere, and the blame falls squarely on the shoulders of social media in general and Facebook specifically.

Facebook has turned everything into the best ever or the worst ever; the okay, the pretty decent, the just all right, it is dead. You all have them in your Facebook feed, I know you do. They’re the people who liberally use the exclamation point and use the same sort of passion to update you on their new favorite song as they do to announce the arrival of a new baby. I believe we need some sort of governmental body to come up with an exclamation conversion chart so we can tell just how much better (or worse) !!!!!!! is than !!!!!. I know I can’t tell.

Which brings me back to Silverman’s argument, the part I agree with so much I’m glad he found the words to express it before I did:

“Let’s think more and enthuse less, so that when we are over the moon about a book, our arguments carry more heft. Let’s not mistake chatty confessional writing for authentic feeling. Let’s not want so badly to be liked above all. And let’s tolerate barbed reviews, some dustups and blistering critiques, because they make our culture more interesting and because they are often more sincere reflections of our passions.”

Let me repeat that. “Think more and enthuse less.”

The only thing more annoying than people who hate everything are people that love everything. As a reader, hearing how much someone loves every book they read tells me nothing about the book. It does tell me a lot about the enthusiast. It tells me they can’t think critically, are afraid to offer up a real opinion, or they don’t know how to form a cogent argument about a book.