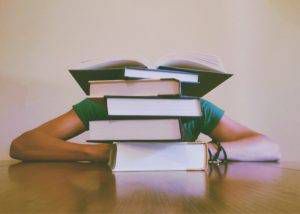 I work in a public library. I’ve worked in public libraries for over two years now. In that time I have listened, and watched, and learned a few things that librarians and library workers in general don’t really love hearing. So I thought I’d share some with everyone, because some people have no idea that what they’re saying can wear us down after a while. Consider this my own Public Service Announcement.

“Hey there sexy” (or any variation of that).

I shouldn’t have to put this on a list. It should be common sense. But it’s not, since it was said to me just the other day. It is not okay to say things like this to people, especially when they are just doing their jobs. You are literally saying completely inappropriate things to someone who is at their job, and therefore has to be more restrained than they would be in their personal life. I’m a generally nice, friendly person, but I am not trying to get in your pants or any other piece of clothing. Just no. Stop it. Be ashamed of yourself. I am seriously giving you a face that is a mixture of disgust, rage, and judgement if you’re someone who does this. Not okay.

—On that note, I could write an entire post about the weird, creepy things that have happened to me with patrons being inappropriate while I work. I am definitely not alone in these experiences. This makes me both sad and angry.

“You must love cats!”

Don’t get me wrong, I myself DO love cats. And I know many library people who also love cats. But not everyone does, y’all. Some of them like dogs (I also love dogs, just as much as cats), some like reptiles, some are not really pet people. Because, as you might imagine with any group of people, there are individual traits.

Anything related to librarians being old women with buns, a cardigan and glasses.

That whole image is annoying. It’s worn out (even if I do personally also love cardigans). The profession is striving to be more diverse, and all types of people are drawn to working in libraries. I recommend you look at the book This is What a Librarian Looks Like by Kyle Cassidy for a small sampling of some modern day librarians.

Really? We’ve never heard that before! Yet somehow, our services are still needed on a daily basis from the community, and we still get work done, every day. Maybe your concept of what libraries look like is dying, but that doesn’t mean actual libraries are. My favorite is when someone says this while they are in a library, using it, therefore disproving their point. This doesn’t just come from people face to face, though; it also appears through articles talking about dying libraries, or reviving the dying industry. Articles written by people who often don’t take the time to talk to those who actual work in that industry. Which is just lazy, in my opinion.

“No one reads anymore.”

False. This is just flat out not true. People do actually read. Maybe they read less than they used to, or maybe they do their reading in different formats. I know some people don’t consider ebooks, or anything digital, to be real reading, but it still counts. And libraries provide all the formats we can think of for people to read. Along with a variety of other services.

“You shouldn’t have that here! It’s completely inappropriate!”

There’s nothing like an attempt at censorship to get a librarian’s blood boiling. Because libraries are for everyone. Which means, we try to respect you, and we would really appreciate it if you could try to respect us and others in the library. There is a chance that you will, at some point, see something you don’t agree with in a library. But you know what, your neighbor might really want to read that book/see that movie/etc. And they they are not less deserving of that access than you are. I try to stay really open to having a serious variety of materials in the library. So please, maybe think about the fact that the materials in the library aren’t meant to only appeal to one person. We work to try and have resources for our entire communities.

“It must be so nice to be able to read all day for work.”

I wouldn’t know. None of us would. I imagine it would be pretty dreamy to read all day for work. It makes me sort of cloudy eyed and wistful to imagine it. But alas, I have never done that. If you want a small picture of some of the work librarians do on a daily basis, take look at this wonderful article.

“You actually need a degree to do this job?!”

Yes, I do. To be a librarian, you need a Masters in Library Science, or Library and Information Science, generally from an American Library Association (ALA) accredited program. For certain librarian positions, you’re even encouraged to have two different masters. I’m currently getting mine.

Sometimes I wish I didn’t need this degree, because you know, grad school isn’t cheap, and librarianship in general isn’t known for being a high paying profession. But we do get degrees to do our jobs. We’re information professionals, and we actually prepare to do the jobs that make your experiences go smoothly. I can also safely say that the majority of people I have met joined this field, and went through getting that Masters degree, because they love it. Which is pretty cool.

“Aren’t you afraid you can just be replaced with computers?”

I mean, not really. Computers can search, but they can’t interact with people in the same way librarians can. There’s more to my job than checking out books or answering a question. There’s a core human element to it. Now, if they ever design a computer that can fully replace me, sure, I’ll be scared. Mainly because that makes me think we will have approached technological singularity, and I watched Ex-Machina not too long ago. Basically, I’m more worried about the robot war in general than about my job in particular vanishing.

Those are just a few gems that I have grown a little tired of hearing.  I get it, some people  think my job is outdated, or easy, or that people have become non-readers. And some believe that somewhere out there is a sexy librarian just waiting for you to inappropriately address them so you two can run off together. All I’m asking is for you to maybe think those things in your head, and not out loud to every single person you meet who works in a library.

And remember, libraries are amazing places that work to give all people access to all types of amazing resources. Support your local library, and take advantage of all the goodies it has to offer.