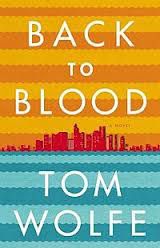 Last week we tried out a new feature, “They Reviewed,” playing off of the HeTexted website where readers obsessively and neurotically  pick apart texts from dudes. Now let’s obsessively and neurotically pick apart book reviews! On deck this week, Tom Wolfe’s new novel Back to Blood (like we ever WEREN’T going to do the new Tom Wolfe book) and Antoine Wilson’s second novel Panorama City.

(Note: Kakutani does not use the word “limn” ONCE in this entire review. We could spend the whole post obsessively picking apart whether this means Kakutani secretly liked or unequivocally loathed this book. I KNOW Kakutani using “limn” all the time is secret code for SOMETHING! I KNOW IT!)

The result is a soapy, gripping and sometimes glib novel that’s filled with heaps of contrivance and cartoonish antics, but that also stars two characters who attest to Mr. Wolfe’s new and improved ability to conjure fully realized people.

I think the “HeTexted” version of this is- “I had a nice time last night…well, actually make that an awesome time … except all those parts that sucked balls… at certain points during the night I had to do that Inception trick where I tried to remember the last places I had been before this date just to make sure I was actually having dinner with you and this wasn’t all a terrible nightmare… but overall it was an okay time, you’re a cool girl. ” Kakutani is giving Wolfe straight-up car accident whiplash with this sentence.

Mr. Wolfe doesn’t really seem to care if his story line becomes increasingly preposterous in the novel’s second half.

This is my favorite reviewer thing, when they pretend like an author failed because, oh, he just didn’t TRY hard enough. Also, you know this line hurt Wolfe’s feelings like whoa-crazy. You KNOW that he meant that “preposterous” to read more like “Look at all these bold and awesome choices that are happening in the second half of my novel! I am so good at writing! Remember when I wrote Bonfire of the Vanities? Remember when I wrote Electric Koolaid Acid Test? Don’t remember when I wrote I Am Charlotte Simmons!!!”

That line — “In Miami, everybody hates everybody” — pretty much sums up Mr. Wolfe’s view of the city, and it also describes the motor powering his entertaining but flawed new novel.

Poor Tom Wolfe, he’s having a tough time getting paperback blurbs out of this review. I don’t think there’s a single sentence in this piece where Kakutani says something nice without super quickly being like “I know I just said that nice thing BUT this novel is always cliched and racist and we get it Tom, you hate rich people and think they’re the worst and also your exclamatory dialogue is stupid.”

Was Kakutani THAT into Back to Blood? She’s drunk-dialing and booty-calling this book but she’s NOT going to be its boyfriend. 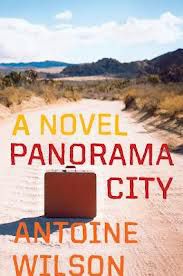 But by the end of “Panorama City’s” sometimes amusing, often exhaustingly precious traipse around the Valley’s burger chains and quack psychologists, it’s all enough to make you want to stay south of Burbank.

Oh no, not only did you get the kiss of death reviewer word “precious,” you got “exhaustingly precious”! That’s a pufferfish-and-adder-after-both-those-animals-just-ate-cyanide kiss of death! And that “sometimes amusing” was such faint praise it’s basically just an insult in compliment’s clothing.

…Porter is such a fire hose of doofusy earnestness that even when his antics are meant as ambling comedy he can be hard to spend time with.

Let’s play the “If you overheard someone saying you were a ‘fire hose of doofusy earnestness,’ what would you do?” game. I would scream “Doofusy isn’t a word!” Then I would go hide in my closet and cry for an entire weekend. What would YOU do?

This feels like a case of Reviewer Got Peer Pressured by Other Reviewers-itis. Like “Oh, but his first book I didn’t read got good reviews… what if I’m wrong about hating this book…but I do hate this book… I’ll say a few nice things so if all the other reviewers liked this second book I can lie and say ‘I had mixed feelings’ instead of the truth…which is that I hated its precious-twee-quirky-adorkable-Fox-Searchlight-and-Indian-Paintbrush-presents guts.”

This is a book that requires a certain devotion to its narrator, and Oppen Porter’s insights don’t quite command it.

Got it. You think a couple of the scenes in the book are good, sorry, “brisk and unpretentiously scruffy,” but overall you think it’s basically Juno if Zooey Deschanel had played the title character and the soundtrack had been all Björk.

Was August Brown that into Panorama City?

Hells to the no! He left mid-date (they were at a roller derby tournament or grilled cheese competition or something equally ridic) and Panorama City had to ride back home on its fixed gear bicycle all by its lonesome.