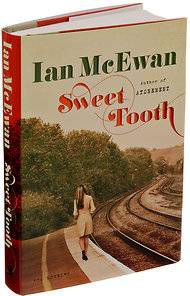 On deck this week, two books I’ve been really looking forward to and actually WANT to read (as opposed to the tens of thousands of books that come out every year where I have to hold a silver cross and vial of holy water in front of me screaming “No Urban Fantasy With Predictable Mystery at the Center and Pink Books With Lipsticks and Shopping Bags on the Cover, no I do NOT want to read you!”). But the question isn’t whether I want to read these books, it’s whether Michiko Kakutani and Ron Charles WANT me to read them. Critics, take it away.

But what begins as a sort of cold war le Carré tale about a spy (and the psychology of spying) soon mutates into something else: a tricky postmodern entertainment.

That sentence makes this book sound so fun! Like Ian McEwan is pretending to be Jorge Luis Borges writing a spy novel!

The result is a clever but annoying novel that lacks both the deeply felt emotion of this author’s dazzling 2001 masterpiece, “Atonement,” and the chilling exactitude of his 1998 Booker Prize-winning thriller, “Amsterdam.”

Oh. Wait. Forget it. Now it sounds like this is Ian McEwan pretending to be a McSweeneys’ Wholphin DVD writing a spy novel.

As usual his prose is effortlessly seductive. And he does a nimble job too of conjuring London in the 1970s — with its economic woes, worries about I.R.A. bombings and uneasy assimilation of the countercultural changes of the ’60s.

I mean, that’s nice that Kakutani is throwing McEwan a couple bones. Goodness knows with his oeuvre he’s earned it. But if you parse through this sentence, the statement is basically the equivalent of “You wrote pretty words and you did your research, good job.” And we ALL know this does not a novel make.

These aspects of “Sweet Tooth” keep the reader trucking on through the novel, but alas they’re insufficient compensation for the story’s self-conscious contrivance and foreseeable conclusion.

And THIS is a polite way of saying, “I like your sentences and good job Wikipedia-ing things, check and check, but your novel is not believable and we basically know the end from the beginning.” I mean could a book review be more “You’re a great girl, it’s just that…”? Really, could it? You can sugarcoat the fact it’s not going to work out with you two. But once you get past that sugar layer, you have to swallow all the bitter rejection that was underneath the whole time.

Was Kakutani THAT into Sweet Tooth? No, but she’s being REALLY nice about the fact that she wasn’t, because she’s been into McEwan before and clearly wants to leave that number in her address book for SO MANY FUTURE BOOTY CALLS 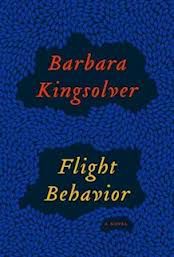 Now the sun rises on Barbara Kingsolver’s “Flight Behavior,” a climate-change novel described by the publisher as “her most accessible and commercial book to date” — the literary equivalent of whole-wheat pasta your kids will love!

I will never get enough of Ron Charles’s sly and smirking sentences. Seriously and sincerely! If I ever meet him, I want to get his sly and smirking autograph on my arm. Or maybe if I’m brave enough to ask, on my face.

“Flight Behavior” is not the op-ed-in-story-form that one might fear.

Good! Because if I liked op-eds-in-story-forms I would read SO MANY MORE BORING BOOKS.

Still, as in her previous novel, “The Lacuna,” Kingsolver has trouble maintaining forward momentum. “Flight Behavior” is never dull, but the energy leaks out of the story, which sometimes seems allergic to its own drama.

I like how Charles acknowledges that there’s a scale of interesting, that a book isn’t just “I stayed up ’til 4 AM reading Deathly Hallows” or “I can’t get past the second sentence of Finnegans Wake.” But there are just one too many shades of grey in this thought for me. Like, wait, the book has trouble maintaining forward momentum and sometimes seems allergic to its own drama but it’s ALSO never dull? This feels like Ron Charles having a lot of respect for Barbara Kingsolver and being really diplomatic about the fact that sometimes this book is a little dull.

And for a heroine reputed to have a wandering eye, Dellarobia has a remarkably low libido. This may be the saintliest novel ever predicated on the persistent temptation of adultery.

This is a hangable offense. Can you hang books? You should be able to hang a book if it has ample opportunity to be dirty and weird and forgoes all those good things to be moral or whatever.

But even if the sheets don’t heat up, the earth does. Kingsolver has written one of the more thoughtful novels about the scientific, financial and psychological intricacies of climate change. And her ability to put these silent, breathtakingly beautiful butterflies at the center of this calamitous and noisy debate is nothing short of brilliant.

Wow. That’s how you end a review. Also, that’s how you get me to want to buy a book even though a paragraph earlier you were telling me that this novel sometimes seems allergic to its own drama, which feels like the same thing as sometimes being allergic to being good.

What do we think, fellow readers? Are we excited about the new McEwan and Kingsolver books? Anyone read either or both yet? How did your reading dates go?