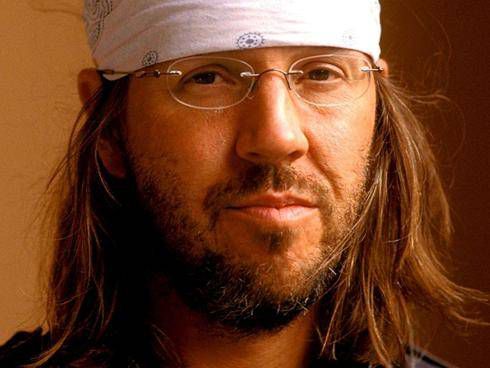 Last week, I got a pitch from a small press to review a novel titled The Book of Knut. The pitch began: “Since you (wisely) like David Foster Wallace, you might be interested in the debut novel of Halvor Aakhus who’s being likened to Wallace.” Interesting, I thought, but other than the fact that Aarkhus and DFW seem to have similar theories in regards to hair care, it’s probably just gimmicky marketing. 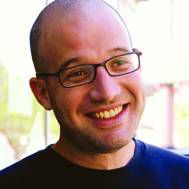 But that reminded me of a Salon story from a couple years ago headlined thusly: “Is Adam Levin the new David Foster Wallace?” The story is a review of Levin’s magnificent brick of a novel titled The Instructions, but it’s not until the second-to-last-paragraph that the author finally makes the case for the comparison to DFW in general, but Infinite Jest specifically: “in (The Instructions’) footnotes and asides, its thoroughgoing but wholly approachable intellectualism, and its relentless self-awareness.”  Even though I loved The Instructions, and agree with the notion that there is a certain DFW-ness to Levin’s writing (even more apparent in his short story collection, Hot Pink, I’d argue), Levin is still not the “new DFW.”

And there are other “new DFW” candidates as well — reviewers (and this profiler) have compared Sergio De La Pava and his novel A Naked Singularity with DFW as well. I’m currently reading (and absolutely loving) that novel, and I’ll agree, that on a very basic level (the book’s long, it’s fraught with regressions on everything from philosophy to television, it’s a delightful mix of low- and high-brow humor), the comparisons are apt. But like with Levin, there are as many differences as there are similarities — and again, like with Levin, the comparisons are just a nice way to frame how you’d think about De La Pava and his novel. So, De La Pava also is not the “new DFW.”

Finally, ever since Mark Danielewski’s House of Leaves hit the streets, the “new DFW” moniker has followed him everywhere. Indeed, Bret Easton Ellis (who must be taken with a rather enormous grain of salt, given his recently proclaimed, and utterly absurd, man-hate for DFW) even word-vomited this in his blurb of House of Leaves: “One can imagine Pynchon and Ballard and Stephen King and David Foster Wallace bowing at Mark Danielewski’s feet, choking with astonishment, surprise, laughter and awe. I feel privileged to be among its first readers. Will I ever recover?” My question is, will I ever recover from this overwrought blurb? But, yes, Danielewski is very good, and very inventive, but still not the “new DFW.” (Nor is he the new Pynchon.)

So, to arrive at the point: There is not now, nor will there ever be, a “new” David Foster Wallace. These comparisons are only useful if they’re not taken extraordinarily seriously. Whether basketball player, musician, or Gold medal Olympic trampolinist named Dong Dong, nobody truly expects anybody to be the “new” anything (says today guest poster, Captain Obvious). That’s because genius is singular and unique. All anyone’s really doing with such comparisons is assisting our poor limited human minds’ need for easier ways to think about things. But you knew that already, didn’t you?