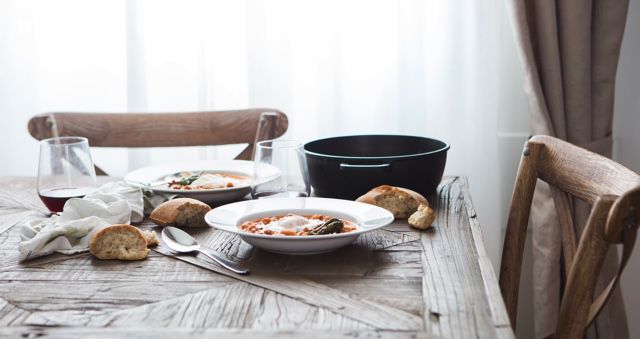 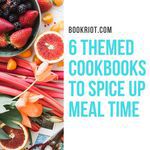 I am nothing if not a sucker for a theme, especially where cooking is concerned. Just knowing a recipe comes from a book related to a fandom I hold dear, or fits somehow with the dish next to it, makes even the most mundane evening special, and my kids seem to agree. Besides, with the holidays coming up, we’re all looking for a little extra something to make the family table more memorable.

Where cooking is concerned, “theme” can mean any number of things: a family of cuisine, the way a dish is prepared, or the way it’s finished. It can be limited to the dish or dishes, or go beyond to encompass place settings, decor, and entertainment. And since you’re in the driver’s seat as chef and planner, you can decide the extent to which you want to incorporate the chosen theme, so no need to feel intimidated; you do you and remember, this is supposed to make things more fun, not more stressful. 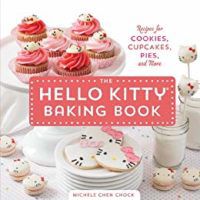 My daughter loves Hello Kitty. And, full disclosure, I think she’s pretty adorable as well, as long as I don’t ponder the “she’s a little girl not a cat” conundrum too hard.

This book runs the dessert gamut from a simple brownie with Kitty’s signature bow outlined in powered sugar to a pink, ombre layer cake with Swiss meringue butter cream and piped Hello Kitty faces. The instructions are pretty straightforward and there’s even a “basics” section at the back that discusses equipment and various methods of piping frosting. Keep in mind that piping of any kind takes some practice (I’ve been baking for years and I’m still a very questionable hand at it) so you want to either give yourself time to practice or go with the cheesecakes or apple tart for your first few rounds of public consumption to save yourself some frustration and gain yourself some stress- and expectation-free time to get it down.

For those of us who grew up in the ’80s, or have kiddos who consume Nickelodeon now, the pairing of these two particular themes shouldn’t come as much of a surprise.

The Teenage Mutant Ninja Turtles Pizza Cookbook has fantastic step by step instructions for each stage of pizza construction, from making the dough to final flourishes. There are multiple dough recipes, including whole wheat and one hour dough (none that are specifically gluten-free, unfortunately, though there are recipes in later sections that use things like portobello mushrooms as a base rather than dough), multiple sauce recipes, and healthy swap-outs for a lot of the pies. The book is divided into “Old School,” or more traditional pizzas, “New School” (goulash? chocolate-chili pepper with butternut squash?Pizza portraits?), “Masked Mutations” (pizza pot stickers, popcorn, waffles), and “Sweet, Dude!” (pizza look-alike cookies, cheesecake, ninja stars) sections. Some of the combinations are ones you’d never think of but, when you taste them, are really outstanding: the pepperoni and pickle has become a staple in this house.

There’s even a section in the back that lays out the steps for planning a TMNT party, complete with supply list and decor ideas, along with a menu and activity suggestions. 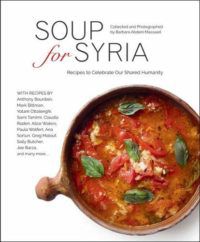 There are four million Syrian refugees living in five countries and an additional eight million displaced internally. Many of them, five years in to the conflict, are without survival basics. Abdeni Massad compiled and published Soup for Syria in the hopes of easing some of their burden. Asking 80 celebrity chefs from across the world to contribute their favorite recipe of a near universal dish: soup, Abdeni Massad and Interlink have donated all of the books profits to UNHCR, the UN Refugee agency doing it’s best to get supplies to those in need. With fall coming, soup’s in demand and the only thing better than eating it is doing knowing that, having purchased this book, you’ve done some good as well.

Okay, I’ll agree that none of the dishes in The Pokémon Cookbook are difficult, but caveat: some of them are time consuming and your kitchen is going to be a disaster when you’re done, so include prep time and clean up in your timeframe. That said, Kudo’s introduction explains that the recipes are intended to be accessible for both adults and children which means whatever the damage, you can get in some excellent family time while causing culinary mayhem. We’ve used this book a lot because there’s something for every palate and my son is very picky when it comes to texture and which veggies he’ll eat; it’s also easy, with a little creativity, to make allergy-related substitutions (I can’t eat eggplant, but I can eat purple peppers). And because all of the food looks like cute critters, kids sometimes realize they like it before they realized they’re eating something they’ve previously, and vociferously, claimed to hate. 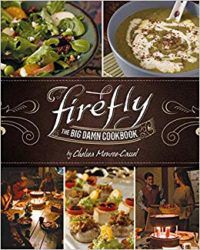 The conceit of this book is utterly charming: Kaylee, Serenity’s erstwhile engineer, has asked each member of the crew to share their favorite recipes so she can compile them into a book and keep it in the galley for when the whole family eats together.

I fully expected this to be more fandom than food and I was 100% wrong. Everything I’ve made from it so far, from Shepard Book’s Chicken Skewers, to saffron rice pudding, to pumpkin bao has been absolutely delicious and met the often ridiculous standards of my 9-year-old. There’s something for every course, something for every taste, much of it influenced by different Asian cultures, some of it elevated (Inara’s picks) and a lot of it wonderfully down home (Wash and Jayne’s choices). And yes, the book does include the recipe for River’s problematic Ice Planets and Mudder’s Milk.

Basics like white sauce, brown sauce, and various doughs are together at the beginning of the book so they’re easy to find if you’re flipping back and forth and the book is then divided into, “Recipes for Shipboard Living,” “Recipes from the Border and Beyond,” “Recipes from the Core Worlds, Upper Crust,” and “Recipes from the Core Worlds, Underbelly.” Each recipe is clearly labeled with estimated cooking time, course, diets accommodated, and level of difficulty; don’t be scared off by the marked as “complex,” though!  You can do it! Just leave yourself a half hour or 45 minutes more than you think it’s going to take to eliminate the stress and dive in. 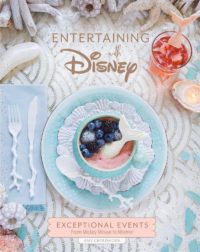 Entertaining with Disney is different than all the other books on this list in that it’s broken down by themed event: A Cinderella “Stroke of Midnight” New Years Eve Party, a Lion King “Welcome to the Pride” Baby Shower, an Aladdin Outdoor Movie Night, and all other manner of parties. This one probably won’t be your go-to book for a casual Monday night dinner but hey, we all need a reason to celebrate from time to time, right?

Each chapter of the book focuses on a different event and contains a menu, drink recipes, decor suggestions and instructions, party activities, and invitation templates (available online). There’s also an extensive, and exacting, timeline that tells you when each step of the preparations needs to be completed starting two weeks or more before the event and leading up to the day of, which takes a lot of the anxiety out of party planning; simply mark your calendar accordingly and give yourself a little extra time for things you’ve never done before (like decorating ceramic pumpkins with gold vinyl or molding chocolate mermaid tails). Maybe buy some extra supplies too. One of the lovely things about Entertaining with Disney is that the recipes, while delicious and stunning, aren’t terribly complex so even if you’ve never worked with the ingredients before, the actual meal prep should be a snap and everything is designed to be served either as finger food or in small portions.

These books are just a sample of what you can find out in the world of themed cookbooks. If there’s a fandom, there’s probably a cookbook for it, either official or unofficial, to tempt your tastebuds and immerse you and your family or friends in the worlds they love. If you want to take one of them for a test drive, try your local library. You might be surprised at what you find.