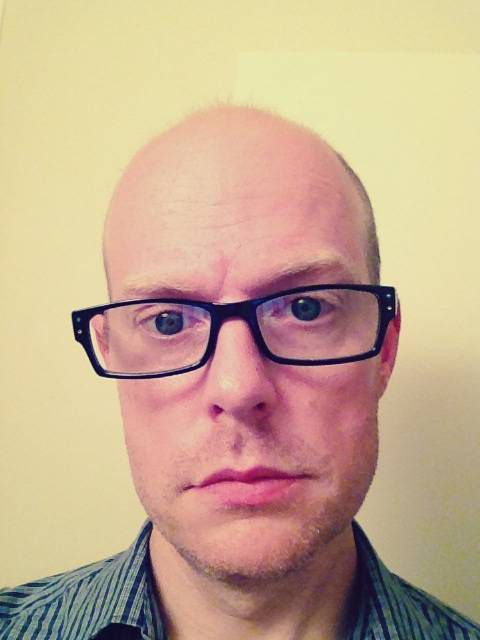 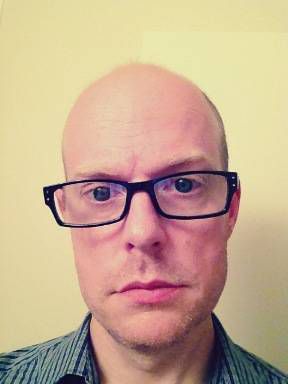 LH: So. Time travel. Ever done it?

SF: I’m doing it right now. For example: when I first received your question it was a little while ago. Now it’s later. In fact, now it is a little longer ago than before. And again. It’s still happening. This one time I walked into my college library and found a bit of ink on the counter. I tried to remove the ink by licking my finger and rubbing at the ink. It didn’t work. I licked again, and rubbed again. Still, nothing happened. I kept repeating this rubbing and licking until I realized I was licking a finger on my left hand, and rubbing with a finger on my right. This story does several things. It proves I’m an idiot. It uses the terms “licking” and “rubbing” in pseudo-suggestive ways that were unintentional at first but became intentional as the story progressed. It also refers to a “past” that I carry with me, one that I internally found vivid down to the grain in the counter’s wood and the shape of the ink stain. I traveled, in effect, to the past. Finally, it pushed us yet again into a “future.” Past, present, and future were all bottled in that terrible story. I was able to travel to all three at once. The more I talk, the further away your question becomes. This is a power we all have inside us: to make unanswerable questions disappear over the horizon of our past by simply talking in circles.

LH: Is there any particular bread you’d like to travel back in time to meet?

SF: The first pizza crust must have been an awesome moment. A bunch of Romans, most of them probably pissed-off and homesick.

“What have you got, Augustus?”
“Dysentery.”
“No, I mean to eat.”
“Oh, uh, some cheese.”
“Shit.”
“Why?”
“All I’ve got is some bread and a bit of tomato sauce.”
“Huh.”
“This really sucks. Why are we here?”
“Freeing barbarians from self-rule or some shit, I don’t know.”
“I’m so hungry.”
“Well, I hear that Alex brought a brick oven–gods knows why–maybe we throw this shit together and make a little something something?”
“Are you drunk?”
“Do you want to eat or not?”
“Yes.”
“So grab that stuff and let’s sneak into Alex’s tent. He makes us drag a brick oven out here we’re going to at least brick oven some shit.”

When it comes to great things that happened, you really can’t top history.

LH: Would you visit your younger self in your travels?

SF: That’s a tough question. One side of me says “God, yes,” because of all those moments where I could warn myself away from danger (“Don’t date that girl!”) or steer myself toward success (“Date that girl!”). On the other hand, the Nietzschean side of me would point out that without those missteps and inadvertant accomplishments I wouldn’t be the person I am. To undo them is to undo me. This line of thinking is further reinforced by the fact that Nietzsche had a pretty unruly mustache. Holy hell, could that man grow facial hair. I’m surprised we can see his face in any of the photos–you can practically see it growing. It’s probably still growing. Has anyone checked the man’s casket? It probably looks like the inside of Borat’s bathing suit. And since I have an unwritten (until now) policy about not living my life contrary to anyone who can continue to grow hair a century beyond death I’m going to have to say, “no.”

LH: ‘The inside of Borat’s bathing suit’ has put me off eating for a while.Goodness grape juice. Moving along, are there any particular events you’d like to go back in time and witness?

SF: I think it would be fascinating to witness the moment of conception of any famous person in history. That way I could test my hypothesis that the hotness (or “H quotient”) of the sex is in direct proportion to the goodness of the person. For instance, I’d be willing to bet that Adolf Hitler’s conception was a mess, a real travesty. His parents probably had no idea what they were doing.

LH: So, based on that theory, you’re saying that Mr. Roger’s parents had some of the hottest sex in history?

SF: I hope this is true, for all the right reasons. I imagine the paint was peeling off the walls.

LH: Who do you think would win in a fight – Sam Beckett or Marty McFly?

In Sam Beckett’s pro column is his training in martial arts, his understanding of physics, quantum mechanics, string theory and n-dimensional space. Add to these that his best friend is a hologram and he has an artificial intelligence called “Ziggy.” Some of those serve you well in a bare-knuckle brawl, some don’t, but he’s got the advantage of being “aware of what the fuck is going on” in a way that Marty never is. Marty’s strengths are is ability to stammer when made uncomfortable, knowing how much tongue his mom likes to use when frenching, and his hobbies–skateboarding and playing guitar–none of which get you fuck-all in a fight.

However, Sam is also done in by his confusion when arriving to a new moment in time and his reliance on his hologram pal and the AI. If they don’t know what’s going on, he doesn’t either, so Marty has a shot to get to him while Sam’s confused. More importantly, Sam is trapped in the body of someone else. If Marty is fighting Sam and Sam is in the body of a 10 year old kid, then karate training or not, Sam’s probably going down. Still, given his strengths, and the fact that he wrote one of my favorite novels, “Molloy,” I’m going to have to go with Samuel Beckett.

If you really want to get meta, how about this: Sam has leaped into Doc Brown, and his “chore” is to help Marty back to his own time while also “fixing” the past by getting George to man-up.

LH: I hear heads exploding all across the internet. Any closing thoughts on time travel?

SF: Only that we’re all built to move forward, so do what you can to make the next moment one you’d want to live in. Great or small, efforts to improve the world around you have tremendous impact. Also, if you set your clocks ten to fifteen minutes ahead you’ll be on time more often.

Sean Ferrell’s fiction has appeared in such journals as Electric Literature’s The Outlet and Adirondack Review. He is the recipient of the Fulton Prize, and the author of two novels: Numb (Harper Perennial, 2010) and the upcoming Man in the Empty Suit (Soho, February 2013), which features – *gasp* – time travel. Sean lives in Brooklyn, New York.

Next week: Dan Wilbur makes with the funny.