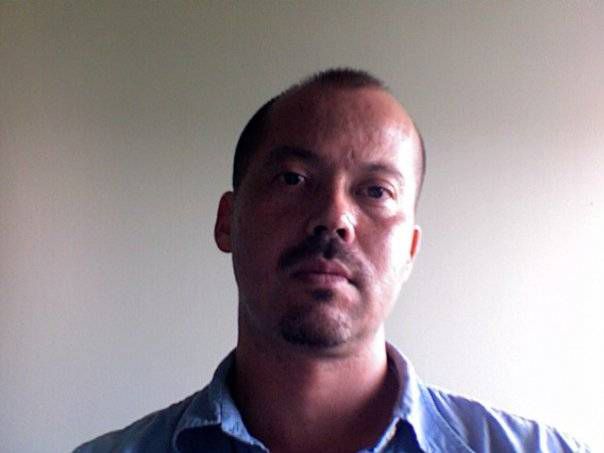 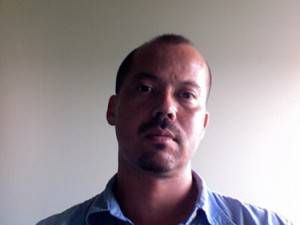 LH: Have you had a relaxing summer so far?

AC:  You know what, I really have not. So far, I’ve been writing hell for leather on edits on my novel. I’m trying to make a deadline. I suppose this is veering from the guidelines. So far, I’ve missed every summer blockbuster, and my partner Dustin has been very patient about my work. But given my druthers, I’d be finished already and running around in the sunshine. Or exploring new video games for X-Box.

Back in 2004, I really got into Halo, and abandoned video games so I could get writing done. I don’t think I thought it would take this long. Do people still play versions of Halo? Am I just doomed?

LH: I think it’s safe to say yes, people still play Halo. What about the game appeals to you?

AC: The Master Chief is one of the great characters in fiction, I think. A super-warrior from another war, the last of his kind, now facing off against not one but two enemies that are implacable. The mirrored faceplate allows anyone to project themselves onto him. He’s the last resort, an anachronism and a savior all in one.

Plus his voice is amazing.

Also, I love any science fiction that uses archeology as a way to approach the story, and I have always loved the idea of ancient abandoned space ships. From the first cut scenes, I was hooked.

LH: Did you play video games when you were a kid?

AC: I did. I had a summer job working the parking lot at my father’s wharf in Portland, ME, and I often used my wages at the arcade, on Asteroids, Galaga, Centipede, and Ms. PacMan. My parents weren’t so liberal that we got an Atari system–that struck my mother as absurd–and I’m probably grateful. I might never have done anything if she had, because I was pretty busy with Dungeons & Dragons as it was. Spending quarters on the game at the Arcade, that kept me from being completely insane. Which, I discovered back in 2007 I gave away my X-Box to a friend’s child.

I’d finished unlocking a gallery on Ninja Gaiden Black, it was midnight, I had the cheat guide out, my heart was in my throat–the game was so famously complex, you couldn’t get through without the guide. And then I thought “What the hell am I doing?” The game was fun but it wasn’t so fun I needed to sit there with a handbook like I was building an Ikea couch on the screen–an Ikea couch that could give me an adrenaline hangover.

I knew if I gave the system to my friend’s son, it would help him make friends–he had started at a new school. He wasn’t unpopular exactly, but he was awkward, probably like all boys, I guess, or many of them. So I gave it away and made myself promise I couldn’t get a new system until I finished this second book. Sure enough, when I was back over at their house six months later, he’d mastered the games and he had new friends, and he had a kind of laidback confidence that was completely new. I won’t take all the credit for it, but he got really, really good at Halo, as he showed me, and in 2007-2008, that mattered in high school.

I thought I was done, and then while recently visiting a friend with an 11-year-old boy who always insists I play video games with him, we played Green Lantern, and this game was a fun game–I realized how much I missed it. Now I’m headed to Leipzig this fall, to teach there for a semester, and they host an international video game conference in January. My next novel in progress, the third one, has a video game in it that I made up, an MMRPG that I might even want to try and get made. So something is definitely going to happen soon. I’m turning the edits on the second book in tomorrow.

LH: What are your thoughts on the theory that violet video games make children more aggressive?

AC: I think violence never happens in a vacuum, or for one reason.

If you think a video game made your child violent all by itself, chances are you already don’t talk to your kids, or respect them, or listen to their problems. All of which would teach them to use the game as a healthy outlet for pentup aggression instead of as a learning tool.

I remember wondering why I watched Buffy so much. This was during the Bush administration. I was home, depressed, watching Buffy on writing breaks. And I thought “How great would it be if monsters were so visible in real life? And so easily defeated?” And then I knew, I was getting a need met for a different kind of Justice from watching Buffy kill vampires.

The boy I gave the game to needed cameraderie, he needed buddies. Halo is such a buddy game. It’s very social, the opposite of the lonely first person shooter, I think. Even if you play it alone, you’re required to take care of other soldiers at various points, and if they die you lose points. It’s not the same as a grisly kill club at all.

Children are drawn to violent games because all children know they lack agency and power–and what is more powerful than being feared? In that primitive, lizard-brain way? That’s the child’s calculus. The cookie jar gets put out of reach. You think, “if only I could wish it down, magically bring it here, if only, if only, if only…” and that in turn can become “if only I could make it so no one could ever take my cookie jar away.”

The late Adrienne Rich said of violence “Violence begins where language fails.” So I think of that a lot around this. When you don’t know how to feel powerful, or you don’t know how to get what you want, or to get your way, and you lack for the moral stamina to endure deprivation, then you reach for the inappropriate ways.

LH: That was wonderfully said. Are there any other games you enjoy, or want to try?

AC: Thank you. I think I don’t even know the games I want to try–I just want to go find them, if that makes sense.

I’m fascinated by the world-building. Another game I loved at the time was Jade Empire, a kind of steampunk kungfu game with terrific humor and great alternatives based on whether you chose to be good or evil, it was one of the most thrilling things for me to come across as an Asian American gamer: a world-view based on Asian things. There were a very few minor characters of other races, I recall–it was such a strange, fun, pop-culture adventure.

LH: I’m totally changing subjects on you now: You grew up in Maine. Currently, you’re living in Brooklyn. Do you miss the Pine Tree State?

AC: Every time I go back to Maine I almost don’t return. Dustin and I start looking at real estate, we think of a second home up there. But we think of that a lot of places. If we had the means, we’d probably have six or seven homes we moved between.

It is strange to me that I feel this way, since I hated it so much growing up. But I think I hated the people more than the land. I was growing up in an affluent suburb outside Portland, Cape Elizabeth, in a mixed race family in the 70s. Maine is the whitest state in the country. The one black student in my elementary school left, his family moving away after he was nicknamed “Chocolate Chip.” I had kids trap me in the bathroom in the 4th grade and insist I use kung fu to fight my way out, singing the “Hong Kong Fooey” song to me while they did so. They’d say “Go back to where you came from!” but my mother’s family has been in the state for almost 400 years, on the same farm. I had four ancestors who’d fought in the Revolutionary War. Yes, my father was an immigrant, but they were most definitely the arrivistes. There’s still so many right wing sad sacks up there, like the governor now, but it’s a beautiful place to be.

The first thing I always notice is the incredible stillness. And there’s a way the air feels on my skin that almost makes me sob with relief. The water at the tap makes me happy. All those subtle points of contact give me pleasure.

LH: What is something you think people would be surprised to learn about you?

AC: That there’s a video game in my third novel, the one I’ll begin shortly once this one is out the door. And I’m trying to find someone to make it. Or at least, I think it was surprising before this interview…

Alexander Chee was born in Rhode Island, and raised in South Korea, Guam and Maine. His first novel, Edinburgh (Picador, 2002), is a winner of the Michener Copernicus Prize, the AAWW Lit Award and the Lambda Editor’s Choice Prize, and was a Publisher’s Weekly Best Book of the Year and a Booksense 76 selection. He has taught fiction and nonfiction writing at the New School University, Wesleyan, Amherst College, and the Iowa Writers’ Workshop. His second novel, The Queen of the Night, is forthcoming from Houghton Mifflin Harcourt. He lives in Hell’s Kitchen and blogs at Koreanish.