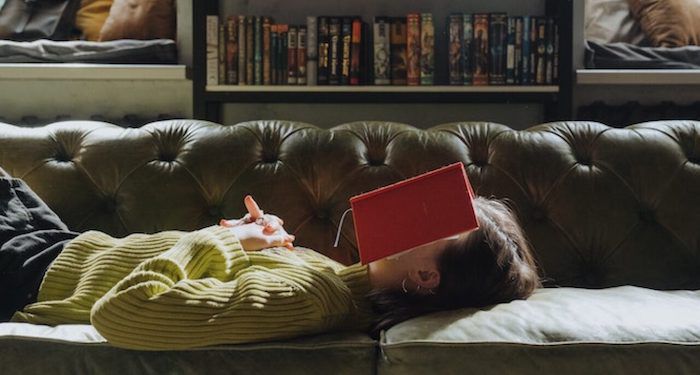 I’m a big champion of the celebrity book. I personally love reading a memoir by someone with pop culture insight, especially women or people of color who might have otherwise been oppressed and marginalized and unable to tell their side of the story until now. There are a lot of great books written by celebrities, both fiction and nonfiction, and I enjoy correcting the misleading narrative that all celebrities are just handed out big book deals regardless of whether they actually have something to say. Usually.

The fact of the matter is that a celebrity writing a book is most likely famous for something other than writing, which is where ghostwriters and writing partners come into play. But even then, sometimes a celebrity is in fact handed a book deal because they’re going to sell books as opposed to publishing something worthwhile. We can still love the celebrity for whatever they became famous for and what they excel at, but if their book made this list I gathered of the worst celebrity books, that probably means you can avoid hitting that “want to read” button. 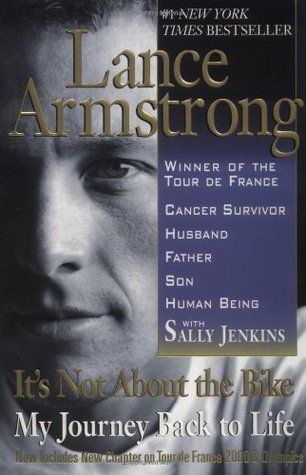 It’s Not About the Bike: My Journey Back to Life by Lance Armstrong

It’s true, this book is not about cycling, but rather a formerly decorated cyclist who would, years later, be stripped of his victories following allegations that he used performance-enhancing drugs. But this book was published in 2000, long before those allegations came to light and covers Armstrong’s childhood through his diagnosis with testicular cancer and later his win of the 1999 Tour de France. Some of the content in It’s Not About the Bike might be somewhat truthful, but since he attributes his Tour de France victory to perseverance and hard work and not doping, there’s significant room for doubt. 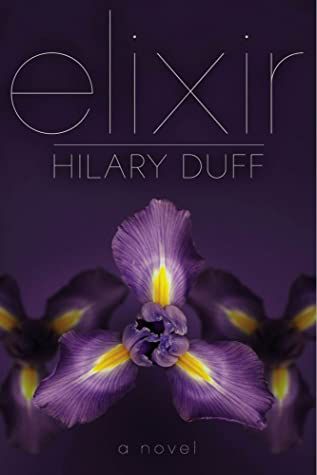 Were you today years old when you remembered Hilary Duff published the first in a trilogy of YA fantasy books in 2010? Me too. Duff collaborated with Elise Allen on all three books, which are about a young photojournalist named Clea Raymond who, following the disappearance of her famous father, begins seeing an eerie, unidentified man appearing in the shadows of her photographs. Fate allegedly brings the two of them together, where they must enter a race against time in order to save each other and their futures. I think there’s also a love triangle. (Listen, it was the Twilight era of YA. We’ll let her have it.) Elixir did receive some positive reviews from the likes of MTV and The New York Post at the time, but in retrospect, the consensus among readers is that this series wasn’t going to be making Duff the next Stephenie Meyer any time soon. 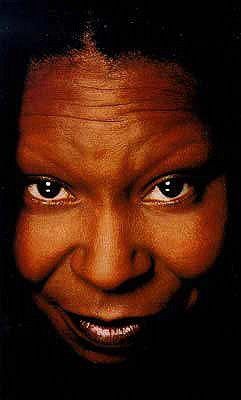 If I may quote myself from my own Goodreads review of this book, “I honestly have to admire a book that spends an entire chapter talking about farting.” Whoopi is an EGOT-winning national treasure, and even though she occasionally says problematic things on The View, she’s still a legend. Despite her having written a number of books (the most recent being 2010’s Is It Just Me? Or Is It Nuts Out There?), Whoopi is not a writer, and it’s evident by just the first few chapters that this book was commissioned solely for the sake of selling copies because it has her name on it. The book is literally called Book. And there’s a whole chapter about farting. I’ll let you decide. 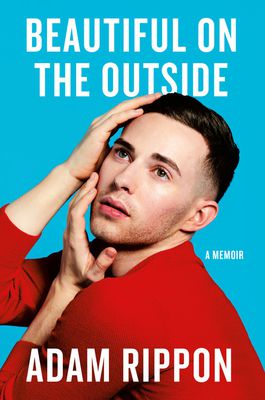 Beautiful on the Outside by Adam Rippon

We all fell in love with Adam Rippon during the 2018 Winter Olympics. His sheer ability to be nobody but himself was inspiring and empowering to legions of queer people worldwide. He’s also funny and has sassy takes on pop culture and which famous men he finds attractive. So naturally it wasn’t going to be long before he wrote a book, and I of course bought it immediately because that’s what I do. (I also don’t think he was married yet when the book first came out, so I probably thought we still had a shot.) Beautiful on the Outside is not a bad book per se. It’s not horribly written. But as the chapters went on, it became really hard to ignore the fact that it was solely a vanity project for Rippon, and there’s honestly only so much self-absorption a reader can consume. 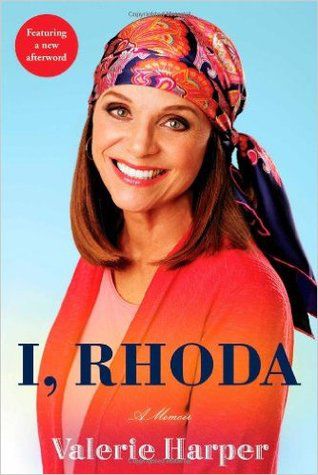 I, Rhoda by Valerie Harper

I’m definitely going to hell for including this book on this list because Valerie Harper and Rhoda Morgenstern mean the world to me. I don’t think I would be the adult I am today without Rhoda’s self-deprecating sass. But I, Rhoda has the emotional depth of a Wikipedia entry, and there’s nothing you’ll read here that you won’t find in just as much detail on Harper’s Wikipedia page. I don’t remember if another writer was credited as co-authoring with her on the title page, but I’m confident in my opinion that Harper did not write this book. She had a very distinct personality, and that voice is heard nowhere in I, Rhoda. Even when discussing her 1987 legal battle with Lorimar Television over her dismissal from the sitcom Valerie (later retitled The Hogan Family), there’s little personal comment that actually feels genuine. 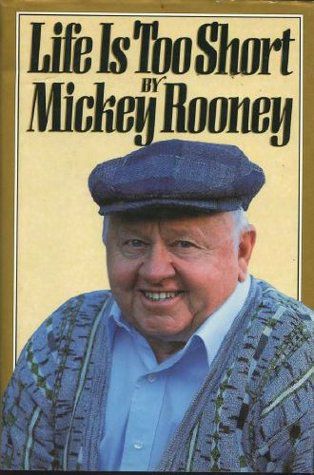 Life Is Too Short by Mickey Rooney

I should begin by clarifying that I have not read this book and do not plan to, but I can say that there is no way a memoir like this discussing intimate experiences with female stars would have been published today. Not to take away from Mickey Rooney’s legacy as an entertainer, but let’s not forget this was the man who once denied that MGM hooked Judy Garland and its other young performers on amphetamines to keep them going, leading to lifelong addiction for Garland, by saying, “Unfortunately, Judy chose that path.” And as long as we’re referring to addiction as a choice, Reddit users allege that Life Is Too Short makes reference to Ava Gardner being able to snap a carrot in half with her vagina. And that’s enough for today. 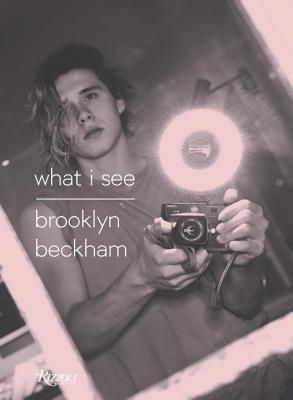 What I See by Brooklyn Beckham

Need your day brightened? Just take a gander at Amazon and Goodreads reviews of What I See, a book of photos of the way Brooklyn Beckham sees the world, son of David and Victoria Beckham. “Buy this book if you need something to stand on to reach higher levels of photography books. An almost must-have for any aspiring pyromaniac. Get it on its first and only print run.” “My life felt genuinely less worth living after acquiring this book.” “This was confusing for me seeing as National Geographic has done such a phenomenal job at picturing elephants and Brooklyn had a very hard time doing so.” “Available now for $1.89…I think I’ll wait for a price drop.” “Anyhow, if I had the choice of being shot repeatedly in the abdomen or rereading this I think we all know what it would be.” 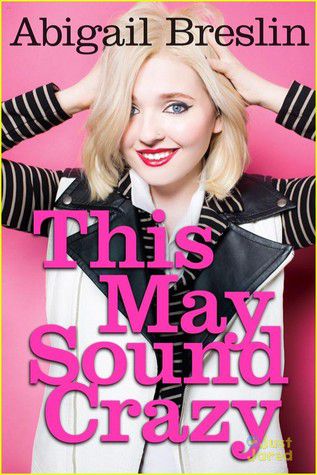 This May Sound Crazy by Abigail Breslin

Beloved former child star whose numerous film appearances defined a generation of childhoods, it was of course only natural for someone like Abigail Breslin to venture into writing a memoir. Being a child star is rough, so she must have lots to say about that. Well, if she does, she doesn’t go into a terrible amount of detail, because she’s too busy dragging her ex from 5 Seconds of Summer. And using hashtags in sentences of genuine prose published by a mainstream publishing company. The Goodreads reviews reach the consensus that while we all love Breslin as an actress, this was a book that could’ve remained a Tumblr post circa 2014. 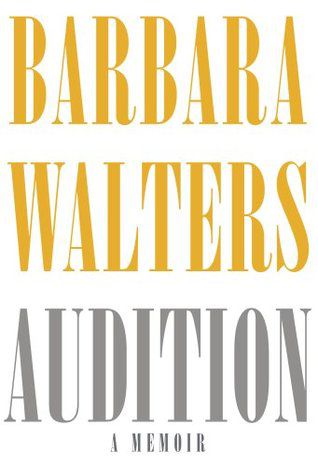 Barbara Walters is one of many media and television personalities who helped jumpstart my passion for pop culture, and I will always give her credit for that. If a primetime special with Barbara Walters was airing on a weeknight, that was appointment television for me, a 13 year old. But how soon we forget that Baba Wawa also had a tendency to be somewhat of a diva throughout her career, and if you’d like me to back up any of that statement, just take even a casual glance at the masterpiece that is Ramin Setoodeh’s Ladies Who Punch. Does anyone else remember just how much Baba plugged this book on The View back in 2008? Or how much time and energy she spent discussing her sides of feuds she had rather than the autobiography that it was billed as? As long as we’re talking about vanity projects, Audition was just that and more.

What are some of your least favorite books written by celebrities?