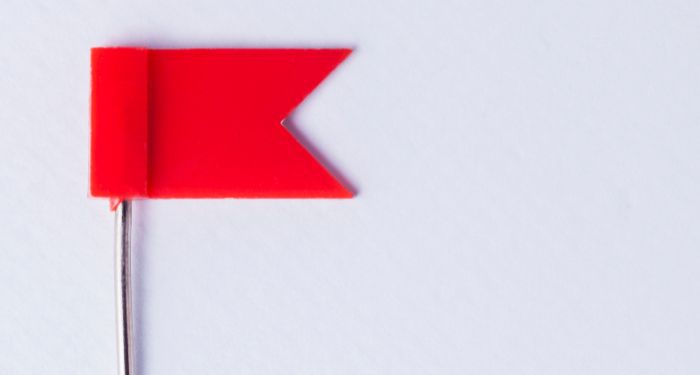 It’s been a minute since I’ve been in the dating app game — okay, five years — but I remember its horrors like it was yesterday. As a bookish person, my main question for getting to know who someone really is, or who they want me to think they are, is what their favorite book is.

And boy, does that answer tell you a lot.

Is this person edgy or boring? Do they keep up with the latest in the literary world or do they stick to their tried-and-true genre? Have they even read a book since high school?

Without further ado, here are the books that are the biggest red flags if you see them on someone’s dating profile.

The Worst Books to See on a Dating App Profile

First up, anything that was assigned reading in high school. We all read (and probably liked) To Kill a Mockingbird or Animal Farm or Fahrenheit 451. In fact, these are my favorites of required reading! But they are not my all-time faves, nor are they books I would use to portray anything about who I am as a person because the world of books is so much broader than these titles.

This person has most likely not read a single book since high school, but they want to appear literary. They fear that imaginary dinner party where everyone talks about some classic (probably something arduous like War and Peace or Ulysses) and pretends like they’ve read it when really, no one has. Also, spoiler alert: that dinner party will literally never happen.

Along those same lines is any classic that wasn’t so commonly assigned in school: anything by Bret Easton Ellis (mega yikes if it’s American Psycho), Ayn Rand, Charles Bukowski, Jack Kerouac, Hunter S. Thompson, etc., etc. There’s nothing wrong with these authors or their books, but people who cling to them as defining their personality are probably boring. They’re stuck in an idealized version of the past.

Next, any major series with huge fandoms. I’m sorry. Twilight, Harry Potter, and A Court of Thrones and Roses fall under this category. If a person centers their identity around any of these series, it’s probably best to walk away slowly.

Note that my husband agrees with this sentiment, despite my love for many of these books. They’re just not the books I’d use to describe my personality.

Up next, anything that falls under the umbrella of philosophy. Meditations by Marcus Aurelius. The Communist Manifesto by Karl Marx. Utopia by Thomas More. Siddhartha by Hermann Hesse. The Secret by Rhonda Byrne. I’m not saying an interest in philosophy sucks or is a major red flag, but listing one of these boring-ass books as your all-time fave is. The person who lists a philosophy book as their favorite is someone who thinks this makes them interesting. They will spend your entire first date talking about how they dabbled in Buddhism or think they were born in the wrong decade. Please manifest elsewhere.

If anyone lists specific true crime titles as their favorites, be suspicious. Are you sure you want to date the gal who has a special Ted Bundy shelf in her library and can rattle off facts about Ed Gein? Listing the genre as an interest is totally normal, but getting into specifics isn’t the best look for a dating profile.

Oh, and any sort of dangerous how-to guide. I’m lookin’ at you, How to Murder Your Husband, written by a woman who was actually convicted for murdering her husband.

Finally, we have the stereotypical dude-bro and hippie-chick books. The Bro Code by Barney Stinson (ugh, a book published by a character from a TV show) and I Hope They Serve Beer in Hell by Tucker Max for the dude-bros and Eat, Pray, Love by Elizabeth Gilbert and Wild by Cheryl Strayed for the wannabe hippie chicks. There’s nothing inherently wrong with these books. They’re just eye-rolling red flags if someone proclaims them as the book that changed their life.

Of course, the biggest red flag of all is someone who says they aren’t a big reader, or someone who refuses to read books by women or authors of color or queer authors.

If you need more bookish dating advice, be sure to review this list of the worst books to bring on a first date.