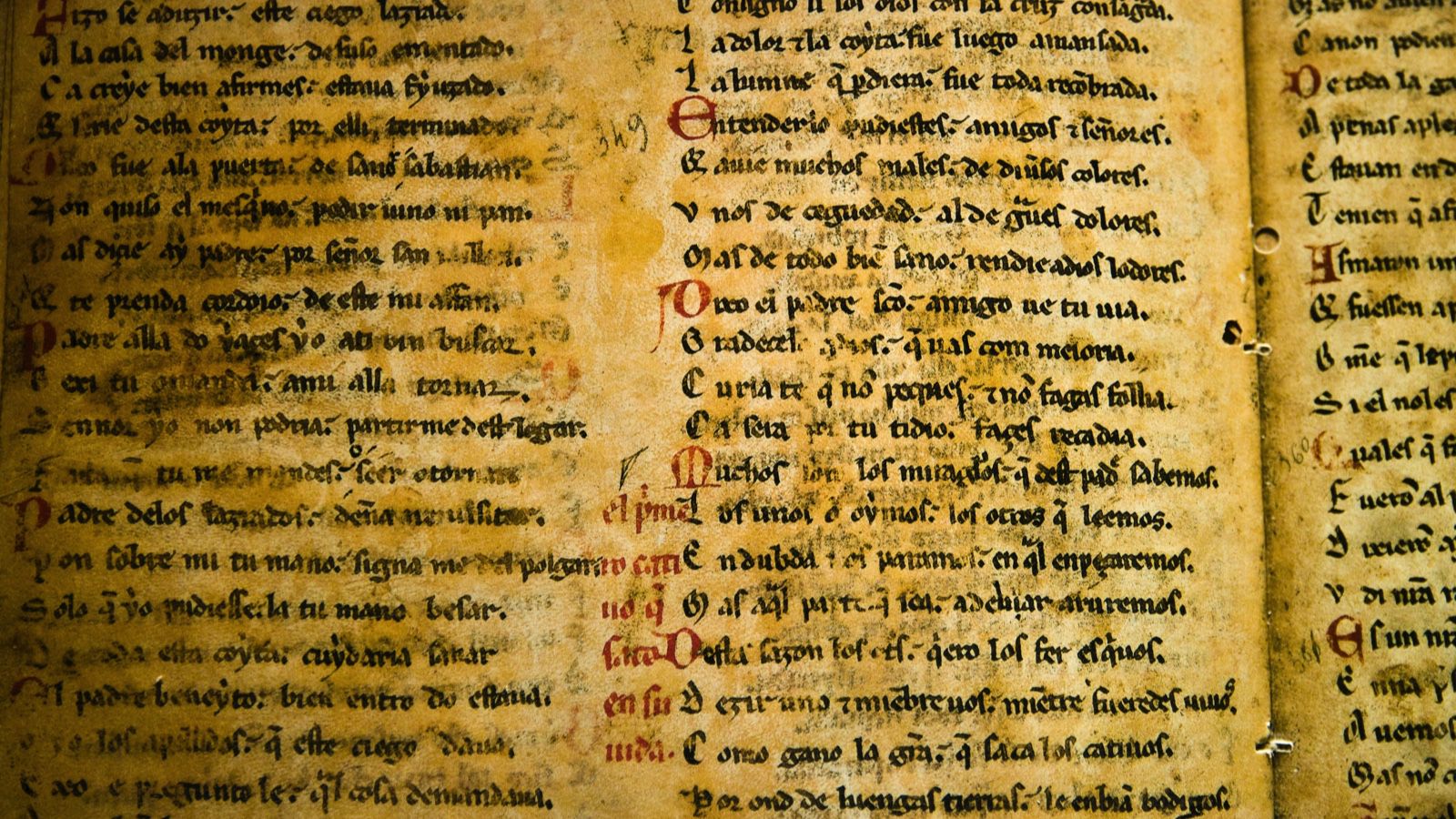 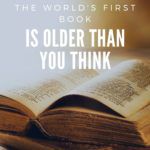 Modern readers, myself included, tend to take novels for granted. They’re sold in airports for less than the cost of a burger. People dump them in Little Free Libraries because they accumulate like snowdrifts around the house. Yet for most of human history, this would have been astonishing. The quantities involved, the general literacy of the population, and the carelessness with which we treat these cheap books would utterly floor the monks who spent their lives hand-copying script. That’s why it’s so interesting to think about the novel’s origins. Why was the first novel written? What need did it fill? And most importantly, can you still read it today?

The Soul of a Novel

Before we answer those pressing questions, we need to figure out exactly what a novel is. As many of our readers are already screaming into their screens, the first written story is very, very old. That’s generally thought to be The Epic of Gilgamesh, which, if you haven’t read it, is a super gay Sumerian political biography complete with embellished accomplishments and also in the public domain. But that’s not a novel. Why? For the following reasons:

This leaves longer works of fiction built on relatively realistic narrative storytelling. This can encompass fantasy and sci-fi as long as those stories relate to events and experiences that most human beings could place in their reality, like love, resistance, a quest, or the concept of the space-time continuum.

Some critics argue that a novel has to also be one narrative through and through, one long story about one person. A lot of ancient fiction, arguably, is too distractible and prone to side stories to count. Even so, there are works that follow one character all the way through that are old—very old.

A few writers throughout history have insisted on calling their novels things other than “novels.” Hawthorne liked to write “romances,” not “novels,” because he was a fancy boy. (There’s also a historical precedent for calling books that focus primarily on weird events “romances.”) These days, authors don’t use the term unless there are some bodices that need a-rippin’.

I’m first going to cover five real, actual first novel contenders, which are books that arguably fall into that category between the 1st and 11th centuries CE. Then, because I know everyone’s interested, I’ll follow up with the first novel in English and the first American novel.

Before we dig in, it’s important to note that western antics limited my research into this subject. The loudest voices that purport to crown the “first novel” list The Tale Of Genji as the big winner, but that appears to be mainly because of an important review by a certain notable 20th century British author. Most of the other candidates are not from parts of the world that western letters have traditionally cared about. I suspect that this is why there is a certain lack of critical attention on these older books. It’s really too bad; good stories shouldn’t be forgotten or buried, and even if scholars can argue that these aren’t “real” first novels, they at least deserve more consideration than they’ve been given. I’ve done my best for them here. If you know of a book I’ve missed, by all means, tell me on Twitter! If it’s anything like the early novels I did find, it’s probably a hell of a read.

Callirhoe, also known as Chaereas and Callirhoe, occurs about 500 years before its author, Chariton of Aphrodesius, set quill to papyrus. Its original publication date is only a guess, because the best and only complete copy we have is from the 1200s. There are papyrus fragments with bits of Callirhoe on them that date around the first century. It didn’t officially see print again until 1814.

Other than this one work, we know nothing about Chariton except that he was a decent writer who liked a bit of bad romance, some old-timey Greek royalty nonsense, a good fight, and some baby daddy drama—at least, in print. Apparently his contemporaries liked all of that stuff too, because those papyrus fragments come from several different locations and copies.

You might have heard of The Golden Ass just because it’s got a ridiculous title. That’s appropriate, because it’s a ridiculous book. The plot concerns Lucius, a young man who wants to learn magic so he can turn himself into a bird. He screws up a socially delicate situation and ends up turning into a donkey instead. After that, he wanders around trying to turn back into a person for most of the rest of the book. Most of the story is hijinks and side stories, with a very serious final chapter that is mainly about getting religion. High art!

Dashakumaracharita, AKA Ten Princes, was supposedly written by Dandin, a well-regarded Indian court poet. In fact, a bunch of people over several centuries probably chipped in some. (It’s also possible that the story was originally all Dandin’s work. Other people eventually might have tried to translate, edit, finish, copy, or just “help.”) This book is a rollicking good time and, like our other early novels, blatant, shameless entertainment. The narrative, all in the first person, follows ten royal men who get up to various nonsense on a quest to conquer something. They act pretty much as you’d expect privileged young guys to act when they’re off the leash, plus equipped with weapons and training. The first and last parts are missing, but it’s a novel all right.

A father-son duo probably wrote Kādambari, because the older author, Bānabhatta, died before it was complete. His son, Bhushanabhatta, wrote the book’s second part. It’s a romantic novel about divinely fated love, separation, and eventual triumphant reunion. Like many other novels on our list, it’s chock-a-block with side stories and structured in kind of a narrative nesting doll fashion, with characters relating stories where characters relate stories about other characters who, themselves, relate stories. The protagonist, Princess Kādambari, isn’t even there for the first half of the book.

Complicated as it is, it’s a longish prose narrative, and that makes it a novel!

A lot of important people consider The Tale of Genji by Murasaki Shikibu the first novel, but it might be more accurate to call it the first modern novel. We certainly know more about it than we know about the others, and its story has a lot of inherent romance attached. For one thing, it’s the first novel we know of that was not written by a man. In 11th century Japan, noble ladies were the ones writing fiction. They did so in a stunningly cool script that only women used and then read their work aloud in Japanese vernacular. Critics considered this stuff garbage at the time, but that might been basic sexism at work.

The Tale of Genji stands alone for a few reasons. It was a hit, for one thing. Even those harsh critics appear to have considered Shikibu’s novel an artistic achievement. That meant that there were enough copies and fans made that the book outlasted its less popular contemporaries. Finally, Virginia Woolf reviewed the first English version in racist but positive terms, which appears to have given it a good kickstart into a literary revival.

But where are the novels in English?

By now I think I’ve made my point that the novel is a really, really old tradition. It didn’t start with Daniel Defore or Miguel Cervantes. It didn’t even start with Murasaki Shikibu. That said, there are some other notable firsts that we still care about around here.

Daniel Defoe wrote Robinson Crusoe in 1719, and Jonathan Swift published Gulliver’s Travels seven years later. Some experts claim that Swift’s classic doesn’t count because it’s more of a string of Gulliver stories than one Gulliver narrative building toward a plot conclusion. While Defoe definitely wrote a novel—like, you look at that thing and you think YES, this is absolutely and glaringly a novel—there are challengers for the throne.

Thomas Malory’s 15th century Le Morte d’Arthur is one that actually has a sword. The story is exactly what you think it is: the first English tale of King Arthur and his brave knights, culminating in Arthur’s tragic and noble death. (It also appears to be the first appearance of Merlin as court magician.) Like the truly ancient novels above, this book meandered, but consistently returned to its theme. If it isn’t a novel, then neither is Don Quixote.

William Baldwin’s Beware the Cat, published 1561, is another potential English first novel. It also operates within a framing narrative structure, which appears to have been the main way that people liked to tell stories back in the day. That said, it remains focused enough to get its anti-Catholic (Get it? Cat, Catholic?) point across loud and clear.

Finally, there’s one piece that’s near to my heart. I feel that it’s as much of a true novel as Robinson Crusoe, and it’s some decent science fiction, too. If you haven’t read Margaret Cavendish’s 1666 Utopian war novel, The Blazing World, then you’re missing out on some serious foundational literature. Stop what you’re doing and go check it out if you are at all into awesome, wacky 17th century theories about reality, gender politics, and talking animals.

Now we’re getting to the cheese! Thanks for hanging in there this long, dear reader. (Or, if you used Ctrl+F to find the words “first American novel,” good for you.) Obviously, Daniel Defoe made a huge splash with Robinson Crusoe, and that was well after there were English-speaking people living in the Americas. Whether that was technically the first British novel or not, the medium really took off after that. American letters soon caught up.

In 1789, Bostonian William Hill Brown published The Power of Sympathy, or, The Triumph Of Nature. It’s a scandalous romance: a young man falls passionately in love with a woman who, he learns to his horror, is his secret half-sister! Drama ensues. It is…dramatic. Theoretically, the drama’s there to warn young people from the CONSEQUENCES of SEDUCTION (that’s a quote from the preface, by the way,) but it’s hard to believe that it doesn’t exist at least partially to entertain. By the standards of the day, it’s pretty entertaining!

And isn’t that why we have novels? For thousands of years, readers have wanted a good story. Next time someone runs down your Jim Butcher or Danielle Steele collection, you can rest assured that tawdry trash has a tradition dating back to Rome. You’re in excellent company.

Are you here because you love history? Well, go read about it! We have recommendations. If you were into the novels but wondering why it was all about men, go have a peek at our list of books about historical warrior women.