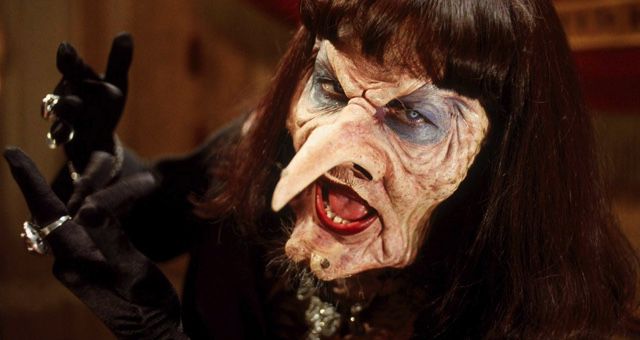 I’ve always been drawn to creepy, macabre stories. The preference can be traced back, like many things in my life, to a book. Specifically, The Witches by Roald Dahl. 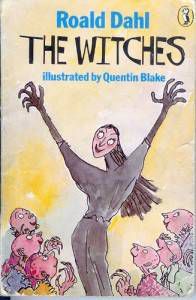 If the story is unfamiliar, it follows a young boy in Norway, living with his Grandmamma after the death of his parents, who runs afoul of a coven. Naturally, the eponymous witches despise all children. Chaos (and the scariest hotel ballroom scene in literary history) ensue. Plus, The Witches is also a book about grief and loss. Powerful stuff!

The Witches Changed My Reading

I vividly remember my third grade teacher reading aloud from The Witches during mid-afternoon slumps. The whimsical, eerie tone of the writing immediately appealed to me in a way other popular stories about witches (okay, I’m talking about Harry Potter) did not. Even then, I appreciated how Dahl faced the frightening head-on in his work. His witches, especially the Grand High Witch (played by Anjelica Houston in the movie version), were terrifying.

As a kid, I often felt underestimated by the adults around me. But Dahl seemed to take his young readers seriously. He wasn’t afraid to show us that there’s real evil in the world, and real goodness, too. That’s the reason his stories resonated so deeply with me as a kid, and why they hold up for me to this day.

As one writer puts it for The AV Club:

“Dahl wrote for children who were just old enough to appreciate that the world may not be as grand as their parents wanted them to believe; by depicting pure evil and not offering complete victories, he confirmed those youthful musings, making his fantasies somehow seem more real—real life, after all, doesn’t have happy endings or tidy morals.”

The Witches unsettled me, but I couldn’t stop thinking about it. Though I haven’t read the book in years, certain scenes still jump out clearly in my memory.

The Witches Helped Make Me a Writer

There’s another reason The Witches impacted me so deeply. My memories of reading that book for the first time are VitaMix-blended with my memories of falling in love with writing. The same teacher who shared dark children’s literature with his students also encouraged us to create our own. Every Wednesday he introduced a new writing prompt for us to compose a story around. Mine were bizarre and uncanny more often than not. One introduced a killer snowman responsible for slaughtering Santa right before Christmas. In another, a 16-year-old girl and her family move into a haunted house.

My teacher was delighted, rather than alarmed, by these dark little tales. He let me stay inside to write during recess and praised my creativity in parent-teacher conferences. His encouragement impressed upon me, at the ripe old age of 8, the idea that I could be a real writer.

Reading The Witches in his class no doubt had a lasting impact on my writing voice. It further developed my already burgeoning appreciation for unlikable female characters and deliciously evil villains and acted as a precursor to my adult obsession with mystery thrillers. Every twisty little story I’ve written owes a debt to Dahl’s classic novel, and the teacher who introduced me to it.

Still, it’s complicated. Dahl had some abhorrent views. His work reflected many of them in ways that escaped me at the time. As Eleanor Margolis writes in a NewStatesman article discussing the author’s history of anti-Semitism, “Although it’s still one of my favourite things he wrote, The Witches is about as subtle in its woman-hating as a slap on the arse from a cigar-puffing male boss.”

It’s okay to outgrow your influences. I wouldn’t be the writer I am today without The Witches—even if I never read it again.