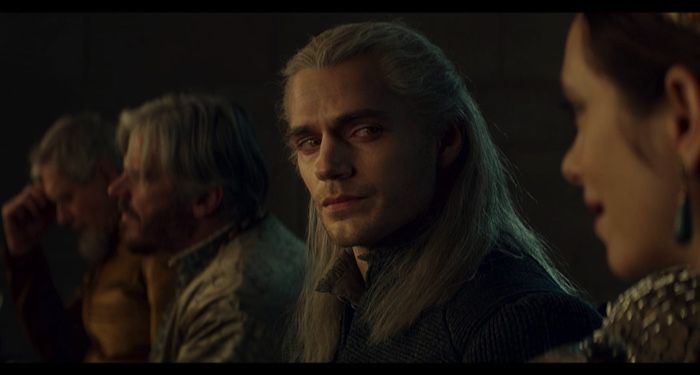 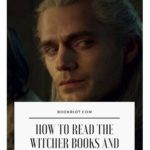 Well, I couldn’t necessarily start my article with Geralt’s other keyphrase. Though, for anyone wanting to know how to read the Witcher books, I’m pretty sure that other word has crossed their mind more than once.

Because, seriously. If you thought Netflix’s The Witcher was a little messed up with timelines, then you will need to take notes for the books and graphic novels. In the same manner, if you thought the Netflix series was good, then you are going to LOVE the books.

Let’s have a look at the different ways to settle in with some Witcher reading.

What are The Witcher Books?

It all started with a short story contest with Polish SF/F magazine, Fantastyka. The author, Andrzej Sapkowski, and his story “Wiedzmin” came third; the winner that year was Marke S. Huberath with “Wrociees Sneogg, Wiedziamm” (translated to Yoo Retoont, Sneogg. Ay Noo., which you can read on Words Without Borders, here). 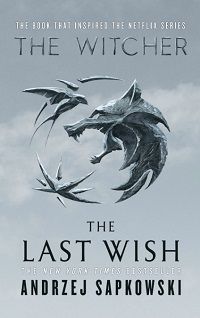 The Last Wish (previously known as The Witcher)

The very first Witcher book to be written was The Witcher in 1990. This book included the original short story “Wiedzmin”, along with a few more. It has since been reprinted in 1993 with even more additional material and re-titled The Last Wish. It now includes a collection of short stories, introducing us to Geralt of Rivia and the magical world in which he resides. There is a lot of Geralt, a lot of monsters, and a lot of action. If you are asking how to read The Witcher books, almost everyone agrees—start with The Last Wish. Good news is there are plenty of copies available now too, thanks to the recent 500,000 reprint. 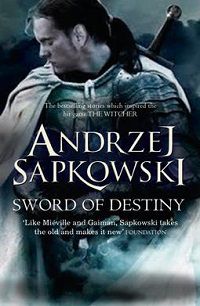 Sapkowski continued with his short-story form, publishing the second book Sword of Destiny in 1993. This book continues with introducing the main characters and building the world around Geralt. If you are looking for more information about Ciri, both for background and character detail, then Sword of Destiny is your starting point. 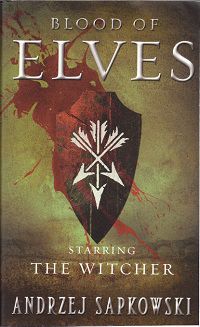 This is the beginning of The Witcher Saga. Strap yourself in for some heavy reading; there are five books in the saga and Blood of Elves is not a lightweight start. Wars have been fought and great cities are occupied. Even though Blood of Elves is held as the beginning of the saga, it reads more like the second day after. There is a lot of backstory to fill, regarding politics and relationships. If you think you know your Netflix canon well-enough, you could jump straight into Blood of Elves and continue the adventures. Suffice to say: Spoilers abound from here. 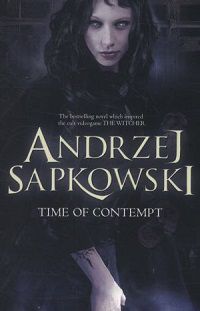 And now we are settling in for the long-haul. Seriously, don’t start here. There is politics and magic and subterfuge and some pretty-detailed history all wrapped up in this book. There is also a lot more Geralt, Ciri, and Yennefer so you may be tempted to jump ahead in the sage for this tasty morsel. DON’T. The story is worth it; Ciri’s presence is the reward for your commitment. 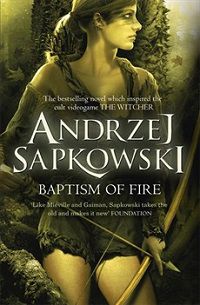 While this is Book 3 of The Witcher saga, it does feel like it takes a break from the main storyline and allows Geralt time to build up a support group. We have a few new characters and a bit more backstory, so if you skip this book you may miss out on some foundation stones for what lies ahead. The precursor for something big on the horizon. 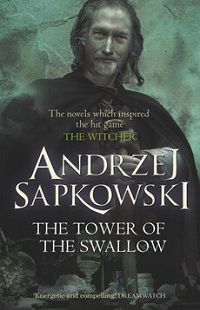 The Tower of the Swallow

By now you may have noticed there is no rest between books. Each continues almost exactly from where the previous story finished. While we continue with Geralt’s journey, The Tower of the Swallow is more focused on Ciri. She is on her own and subsequently given plenty of space to explore all aspects of her character. 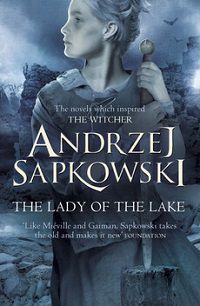 Technically, this is the last book of the saga. Yes, there is an ending. And it is quite a divisive one. No fan will criticise the writing; it’s more of an ‘expectation’ thing. The story itself is told from Ciri’s view, however, the experience is totally Yennefer and Geralt. Whether or not you agree with the ending, be prepared for the feels. It is a heavy investment into everything you have read from the series so far. 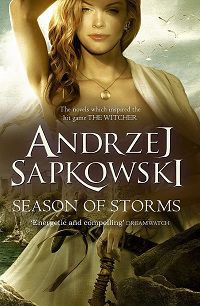 No Ciri and very little Yennefer. This one is all Geralt. Season of Storms comes after The Lady of the Lake but contains stories that fit between The Last Wish and Sword of Destiny. I strongly recommend you read it after all of the other books because you will avoid spoilers and it will make more sense. It can also be a soothing balm after finishing The Lady of the Lake. It’s always nice to revisit The Witcher world, and Season of Storms captures that beautifully.

How to Read the Witcher Books for Purists: The Order in Which They Were Written

If you really want to get ‘purist’ on how to read The Witcher books, then you are going to need to find the original Polish editions and read them in the following order:

If your Polish is a little rusty, take comfort in the official English translations still maintaining a sense of accuracy. A few hardcore fans have commented on minor details regarding the context of more colloquial details. However, until my Polish improves I will rely on the English versions.

Making Sense of It All: Time-Line Order

Despite its popularity, there were complaints for the Netflix series in how it jumped around the timelines. To be honest, you will still see this in the short stories. If you prefer to have a more linear approach to the storytelling, then this is how to read The Witcher books:

Okay, now we enter the trickier areas. Coś się kończy, coś się zaczyna is the Polish title of this collection of eight (8) short stories and, as yet, does not have an official English version. Technically, it’s not an official part of The Witcher books; only two of the eight stories relate to Geralt. One of these was, reportedly, a short story written by Sapowski as a wedding gift to friends (rumour has it, they were heartbroken with the end of the saga). If you are an absolute completionist, or if you are interested in reading more of Sapkowski’s writing, read this after you finish Geralt’s saga.

And Then There are Comics

Full disclosure: the comics have far more to do with the computer games than the books. Nevertheless, they capture all the characters in the same fashion and with the utmost respect. None of these are necessary to the books but if you want to know how to read The Witcher books, then it won’t hurt to include the main comic book volumes.

This is a stand-alone that fits both books and games but is a story unto itself. It’s a beautiful insight into the character of Geralt, as well as introducing a range of creatures from the Witcher universe.

Volume 2 expands on the stories mentioned in Season of Storms and the computer games. It continues in the same feel of House of Glass and showcases the vast knowledge required to be a successful Witcher (read: living).

This is the first of the comic books to include Ciri and Yennefer, delving further into the customs of monsters, especially the striga (my fave). What I love most about these comics is the insight into how monsters live, and not simply a dictionary-style entry of what they are. It really fleshes out the Witcher world, so to speak. 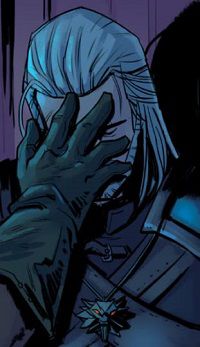 The Witcher: Of Flesh and Flame (Vol 4), written by Aleksandra Motyka, illustrated by Marianna Strychowska

As a fan of D&D, I love the flow of this story and the sense of adventure on every page. Bonus points for including more Dandelion/Jaskier in the story. And let’s face it: I have reread this volume many times for this image alone.

Another standalone that reads exactly like the side quest it is. This issue was a special edition included with the release of the game The Witcher 3: Wild Hunt. Even though it is by the original Dark Horse team, it really doesn’t fit anywhere else except for the CD Projekt Red game. You can read this along with Volumes 1–3 of the Dark Horse Comics in the ultimate Library Edition, along with sketchbook details and additional art. If you are interested in reading the entire comic book collection, go for the Library Edition and add Of Flesh and Flame to the basket.

Strictly one for the computer game fans. It is a two-part comic book set in the video game world and not in the Dark Horse publications. Perhaps that is why it doesn’t fit with the storytelling of everything else. Read this only if you are hooked on the games, but it does not compare it with the rest of the reading material.

Knowing how to read The Witcher books is a spiral into fantastical literary joy that never feels totally sated. Maybe that’s why we keep looking for more in the comics and computer games. No matter how you do it, prepare yourself for a journey you never want to end.