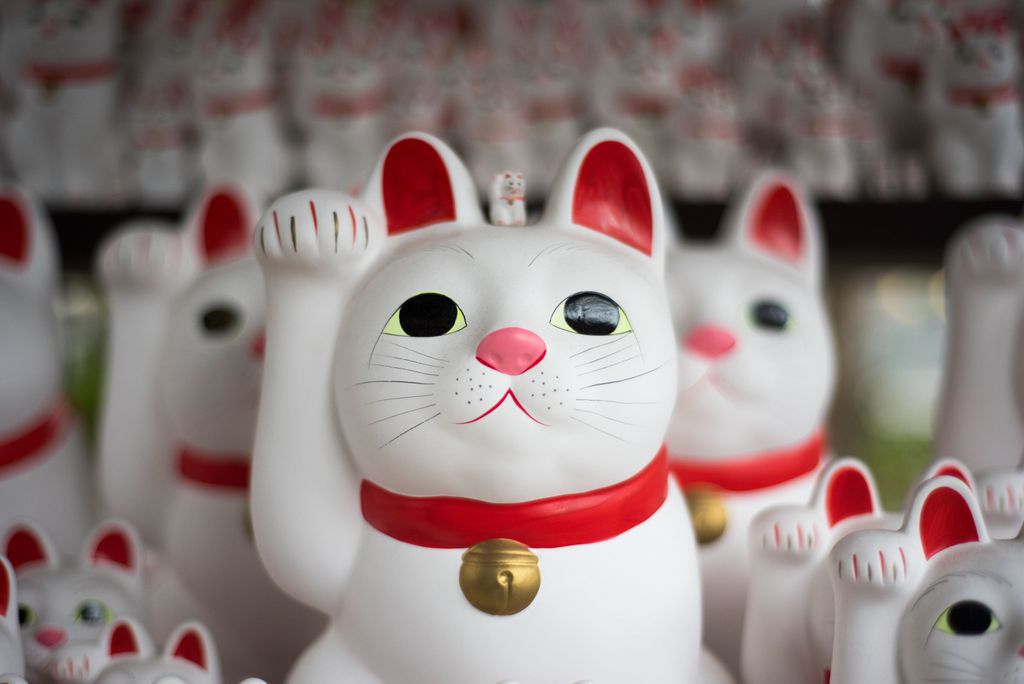 Spring arrived this month, literally and figuratively — the snow here in the UK has melted and I’ve revisited a weird and wonderful novel whose sprawling elements seem to be bound together by nothing more than a bird whose cry mimics the winding of an enormous spring. Yes, it can only be Murakami with his irresistible brand of sublime strangeness.  His 1995 classic The Wind-up Bird Chronicle pretty much defies description. So I’ll let the text speak for itself. 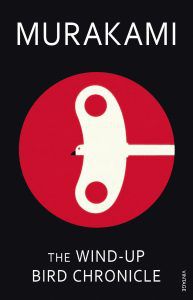 Since others have collated Murakami’s choicest quotes, I’ve focussed here on his signature technique of unsettling yet intuitive similes.

Here are twenty times Murakami wrote that “X is like Y” and, against the odds, we agreed with him.

“Kumiko was sitting in the living room with the lights out. Hunched in the dark with her grey shirt on, she looked like a piece of luggage that had been left in the wrong place.”

“The variety of professions in this world was amazing, each assigned its place amidst the newspaper’s neat rows, as on a graveyard map.”

“The only thing moving in there was a small white butterfly, fluttering across the grass some weeks out of season. It made uncertain progress, like a searcher who has forgotten what he was searching for.”

“Whenever she blinked, her long fake eyelashes moved slowly up and down, like the long-handled fans operated by slaves in movies set in ancient Egypt.”

‘“It is a very special knife, designed for skinning, and it is extraordinarily well made. They can take a man’s skin off the way you’d peel a peach. Beautifully, without a single scratch.” ‘

“I felt as if I had become part of a badly written novel, that someone was taking me to task for being utterly unreal. And perhaps it was true.”

“With the skirts of the dress spread out around her, Creta Kano, riding me, looked like a soft, gigantic mushroom that had silently poked its face up through the dead leaves on the ground and opened under the sheltering wings of night.”

“I glanced at the phone in the living room. It sat on the table, cloaked in silence. It looked like a deep-sea creature pretending to be an inanimate object, crouching there in wait for its prey.”

“She had ordered some tonic water but had not touched it, as before. The liquid seemed somehow uncomfortable in its tall glass, as if it had nothing better to do than produce its little bubbles.”

“Noboru Wataya went on staring at me with that expressionless face of his – a face like a chunk of rock floating in space.”

“As time passed, my eyes became more accustomed to the darkness. Other things around me began slowly to take on their own dim shapes, like timid little animals letting down their guard in the most gradual stages imaginable.”

“Without changes in the light, time wobbled by like a wagon with a loose axle.”

“Could it be true that the Kumiko I had thought I understood, the Kumiko I had held close to me and joined my body with over the years – that Kumiko was nothing but the most superficial layer of the person Kumiko herself, just as the greater part of this world belongs to the realm of the jellyfish?”

“It had been a short, unpleasant nap. And now there remained with me the physical sensation of someone having been sitting on top of me the whole time I was asleep. Whoever it was had waited until I was asleep, come to sit on top of me, and got up and gone away just before I woke.”

‘“I felt as if I had turned into a bowl of cold porridge – all sticky and lumpy, and the lumps were throbbing, slowly and hugely, with each beat of my heart.”’

“The hint of a smile played about his lips, as if he had just heard a joke and was now smiling in the most natural way. Nor had the joke been a vulgar one: it was the kind of elegant pleasantry that the minister of foreign affairs might have told the crown prince at a garden party a generation ago, causing the surrounding listeners to titter with delight.”

“The salesman put my old shoes in the box the new ones had come in. Lying in their new box, the old tennis shoes looked like tiny animal corpses.”

“The hairdresser kept his eyes on my face in the mirror with an expression he might have worn studying a bowlful of celery sticks he was expected to eat. He had a face like the young Solzhenitsyn.”

What are your favorite similes from The Wind-Up Bird Chronicle?