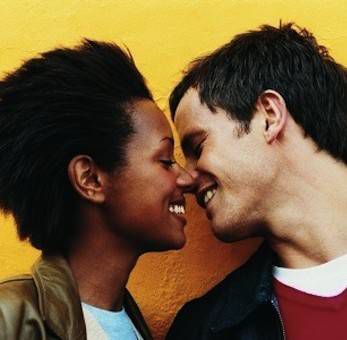 RJS: Now that we’ve broken our writer’s block, we can get back to our regularly-scheduled friskiness. This edition is brought to you by nostalgia for the days of mash notes and pillow fight-filled sleepovers. We’ve talked author crushes, so now let’s paint our nails, put our hair in pigtails, and dish about characters we would date.

LH: I have a thing for bad boys and girls, but to start off, I will make a healthy choice: Joe Spork from Angelmaker. I know I mention Nick Harkaway practically every time we chat, but it’s because he’s so awesome. And Joe Spork! He seems perfect: sweet, sexy, smart, heroic. I would crush hard on him. And hang around where he works. And drunk text him. Also – what’s a mash note?

RJS: Okay, the typical definition is mash note = schmoopy love letter. But I’m referring to a game that was popular when I was in, like, fifth grade, the rules of which are so obscure that only a group of 11-year-olds could come up with them. You wrote the letters M.A.S.H. across the top of a piece of paper, then had a bunch of categories (like “husband,” “car,” “job,” etc.), each with several options. And somehow what you ended up with (married to Donnie Wahlberg, driving a Mustang, working as a writer) was determined by which letter of M.A.S.H. you landed on at the beginning. See? It’s weird. Adolescent girls are the craziest.

Anyway, I totally agree with you about Joe Spork. He was surprisingly swashbuckle-y, and I definitely had a little crush on him. And speaking of swashbuckle-y, I just adored the protagonist in Waiting for Columbus. There was something about the voice that just made me want to, well, I’ll leave it to the imagination. Who was the first character you fell for?

LH: Bernard, the redheaded outlaw from Still Life with Woodpecker. He’s supposed to be the bad guy, but he’s so charismatic, you can’t help but fall for him. And Howard Roark. I know, I know – that’s BAD and WRONG. (Did you see that Better Book Titles changed the title of The Fountainhead to Hate-Fucking and Architecture? LOVE.) WHO was yours?

RJS: Gawd, it had to be Nancy Drew’s boyfriend Ned Nickerson. Nancy was always running off to have adventures, and Ned was totally down. Needy? No way. His girl was cool, and he knew it. For the last 12 or 13 years, I’ve been replaying a fight I had with a high school boyfriend in my mind and wishing like hell that I’d just told him to buck up and be more like Ned. If only Carolyn Keene had covered dating like Judy Blume did!

LH: Ned was a little vanilla for me. You know who I would have dated? Skippy, in Skippy Dies. Nerdy and attentive. But he, er, dies. I would also date Doc from Cannery Row – I love those brainy, broody types. Who is the unhealthiest character in a book you think you’d still fall for?

RJS: I like brainy, but broody is too much work for me. That said, I could easily go on a couple dates with Art Bechstein from The Mysteries of Pittsburgh by Michael Chabon. Dude has a lot to figure out (including whether he actually likes the ladies). He’d be a pain in a long-term relationship but fun for a few overly romantic nights, I think. Oh, and I adored the sensitivity of Francisco Goldman (the character) in Say Her Name by Francisco Goldman (the writer), but he would be too broken and grief-stricken to begin anything.

Is there a date, romantic moment, or relationship in fiction on which you’d like to model a bit of your real life?

LH: I like the love story in Joe Haldeman’s The Forever War. And in Mark Helprin’s Winter’s Tale. You?

RJS: I am racking my brain for a healthy relationship in my reading memory, and I got nothin.’ Is this a side-effect of reading a lot of Really Dark Literary Fiction?

LH: Yeah, I had a hard time with the question, too. I can’t really call my answers healthy, either. Any characters from your favorite books that you think should date each other?

RJS: Now that we’ve moved off the question, I’m remembering that I love how Mary Doria Russell does relationships in The Sparrow. Anyway. Character match-ups. Maybe Quentin from The Magicians with Katniss from The Hunger Games? I feel like Katniss could whip his whiny arse into shape. You?

LH: I think Laura Bird from The Brief History of the Dead would be a great match for Richard from The Secret History. He needs a smart woman, and she needs a sensitive, observant soulmate. I certainly would date either one of them. Ooooo, and Villanelle from The Passion – so in love with her. We were back to talking about me, right?

RJS: Baby, we can talk about you all week long. But instead, let’s talk about how it makes me feel insecure that I don’t remember details of characters’ personalities well enough to take this game any further. If you need me, I’ll be over here writing my dream roster for Seven Minutes in (Literary) Heaven.

Dish it, readers: which literary characters would you date?