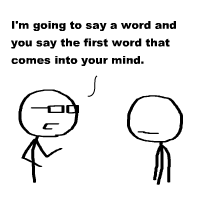 LH: Welcome back to another round of Well-Readhead Word Association, in which we throw each other words to get the book talk flowing, and mention books we may not have otherwise! I have the honor of picking the first word. Rebecca Schinsky – your word is ‘travel’.

RJS: For me, travel is 90% about the food. Trips are planned around where I want to eat and what cool stuff I can see in between feedings, and I’ve developed this habit of buying food books when I’m traveling. So, “travel” conjures Anthony Bourdain and Ruth Reichl, whose styles are equally awesome but couldn’t be more different, and who remind me that reading makes me gluttonous for real-world experiences. Mostly food-related ones. On that note, your word is ‘kitchen.’

LH: Kitchen. K-i-t-c-h-e-n. Kitchen. Makes me think of Heat by Bill Buford. Buford is a writer who one day decided he wanted to be a grand chef, so spent some time working for Mario Batali. It’s a really great memoir. But it didn’t make me want to be a chef. Just like Buford’s amazing book Among the Thugs, about British football and its fans, didn’t make me want to play a sport. But I loved reading his books and learning about both from the sidelines. Now, Rebs, your word is… I’ll go with ‘thug’.

RJS: Thug makes me think of gangster, and you know what gangster makes me think of? Angelmaker! It’s been at least a couple weeks since we last declared our undying devotion to Nick Harkaway, so lest the internet forget that Joe Spork is the swashbucklingest of heroes, I will rave once more about this book. There’s a great, grisly network of criminals and baddies and supervillains in Angelmaker, so Lib, your next word is ‘underworld’

LH: Not only is Joe Spork the swashbucklingest of heroes, but Shem Shem Tsien is the baddest big bad of the 21st century! Now, ‘underworld’ is easy – it makes me think of one of my favorite books from when I was younger, Tailchaser’s Song by Tad Williams. It’s about a cat and his friends who must fight a group of evil cats that are enslaving their kind underground. Tailchaser gets help from all kinds of woodland creatures, and the cats even have their own language (which you can decipher with help from the glossary in the back.) It’s for cat nerds. Or nerds with cats. It’s an epic nerdpurr, if you will. (I know how much you like that word.) Now you – your word is ‘creature’. 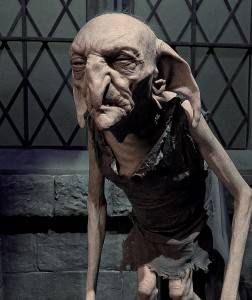 RJS: I have a funny relationship with the word ‘creature.’ I know it refers to actual living things–cats, dogs, bunnies, “all creatures great and small”–but for some reason, it’s always sounded to me like a word for imaginary animals. Narnian fawns and the like. So, for ‘creature,’ I think of the Narnia books and Tolkien and Kreacher, the old house-elf from the Harry Potter series. Which, incidentally, is set in what’s basically a castle. So, princess, your word is ‘castle.’

LH: We Have Always Lived in the Castle by Shirley Jackson! Please tell me you have read this book. My English teacher gave it to me in sixth grade, and I inhaled it so fast, I thought I must have imagined it, because surely nothing so awesome really existed. It is an evil, perfect read. When the girls in this book need a little sugar in their bowl, everybody better run the other way! On that note, your word is ‘run’.

RJS: Okay, I have absolutely nothing for ‘run,’ (and I’m afraid I’ll have to do just that if I confess to not having read We Have Always Lived in the Castle). But I love a walk, so I’ll go with Joshua Ferris’ The Unnamed, which is about a man who develops a condition that causes him to have episodes where he can’t stop walking. It’s totally unexplained, and it just about wrecks everything in his life. And I loved it so hard! In case you’re wondering, I do realize that my last two answers have effectively been non-answers. On that note, your word is ‘evade.’

LH: I’ll go with The Unlikely Pilgrimage of Harold Fry by Rachel Joyce. It’s about a man who receives word that his friend is dying, so he writes her a letter. But when he leaves the house to mail it, he finds that he wants to keep walking the 500 miles to see her instead. (Cue The Proclaimers.) What the reader learns is that Harold has spent so much of his life avoiding things, and now the walking is forcing him to spend time confronting these things head-on. It’s very good. It made me…oh, what’s that word for what you humans do when you’re sad? Oh, right – cry. I’m thinking we’re getting close to wrapping it up here today, so your word is ‘last.’

RJS: Mmm, that one’s easy–The Last Werewolf by Glen Duncan. Dirty, filthy, literary fun about an incredibly well-read 300-year-old werewolf–the last one, natch–who’s on the run from, well, the occult police. Jake Marlowe is sort of a cocky bastard, but one is entitled to a certain amount of bastardliness after 300 years of being transformed into a man-eating monster once a month, if you ask me. The Last Werewolf pushed a bunch of my favorite literary buttons…but not as many as you do, sugar.

LH: It certainly is dirty. And sugar and buttons make me think of button candy, which I was discussing just the other day. But I digress. It’s time for us to put this to bed. See you next time, kittens!