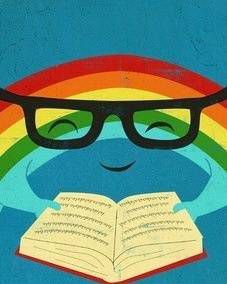 LH: Kittenpants! Another week has passed, and you know what that means!

RJS: Does it mean that I’m not getting an obvious pop culture reference? Because I feel like that’s what it means. Do you need to tie me up and teach me things?

LH: Always. And after that, we can discuss this week’s topic: books we love with colors in their title! The first one is easy for me, because I just read it: The Blue Blazes by Chuck Wendig. It’s a hella-fun book about organized crime, family dysfunction and Hell. Mookie Pearl is a mob brute who must battle criminals, demons, and his daughter, both above and below the Earth’s surface, to keep NYC safe. Reading it is like drinking absinthe and then watching an episode of Fraggle Rock while listening to Cannibal Corpse. It’s fast-paced fun with a capital ‘F-yeah.’ 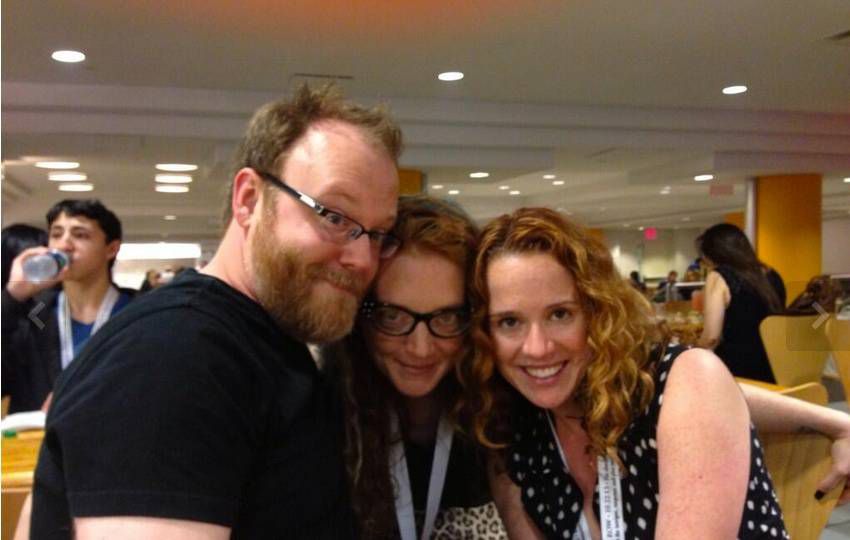 RJS: I’m sending my first f-yeah to Red Moon by Benjamin Percy. It’s one of those great stories that takes place in our world, but our world is just a couple ticks different. In this case, those ticks involve werewolves being A Thing That Exists, and everyone knows about it. Lycans are treated as second-class citizens, subjected to mandatory blood tests and medication that prevents them from transitioning, and many of them are not happy about it. Angry lycans are dangerous lycans, and they’re banding together into so-called terrorist cells. This book is scary as shit and filled with smart political allegory, and I had a hell of a good time sinking my teeth into it. (See what I did there?) 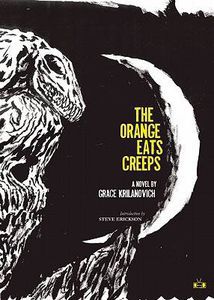 LH: Orange you glad you read it? (Wah-wah.) And speaking of orange – The Orange Eats Creeps by Grace Krilanovich rocks my world. I have mad-love for this book. Love, love, love. It’s wild and crazy, with drug trips and punk rock and possibly vampires. Think William Burroughs in a blender. I cannot wait to see what else Krilanovich comes up with. What other colors do you have up your sleeve?

RJS: I have blue! Particularly, I have The Bluest Eye by Toni Morrison. It’s about a little black girl, Pecola Breedlove, who wants more than anything else to have blue eyes. Which is to say, it’s about race and class and color, and because it’s Toni Morrison, it’s also about gender and sexuality and family and the consequences of shame. It is heartbreaking and beautiful, and I love it so much. And it’s not even my favorite of her books! But a not-favorite Toni Morrison book is still better than a favorite by just about anyone else. So. What about you, kitten? Are you feeling mellow yellow?

LH: I haven’t read any books with yellow in the title that I’ve loved, at least not any I can think of off the top of my head, but I do have one with two colors: Black Swan Green by David Mitchell. BOOM. This book is near the top of my list of “Books I Have Underlined the Most Sentences In.” It was also my introduction to Mitchell, so I hold it dear to my heart as my gateway book. Seriously, have you read it??? I am so tired of the expression “coming of age,” so I will just say that it is a fanfuckingtastic novel about a teenage boy in early 80s England, with all the awkwardness and heartbreak and humor you would expect. And everyone should read it. Any white titles catch your fancy?

RJS: I had to get up and go stare at my bookshelves to find out! It turns out I don’t have any favorites with white in the title, but I will confess that Wilkie Collins’ The Woman in White has been on my TBR for far too long. I think I’m saving it for a dark and stormy night that never seems to arrive. But I do have a yellow! Kevin Powers’ The Yellow Birds is a taut, sobering novel about a Very Bad Thing that happens to two young men in the Iraq War. It will break you down in the best possible way. How is it that I’m always picking the so-good-but-so-sad books? Got anything on the fun side, maybe with a splash of pink?

LH: You know it! For the last few months, I’ve been raving about The Pink Hotel by Anna Stothard. It was longlisted for the Orange (hah) Prize in 2012, and came out in the States in April. It’s a fantastic story, about a teenage girl who flies from England to Los Angeles to learn about her mother, who has just died. It’s beautiful and erotic and you could cut yourself on the sentences. Stothard is another author I eagerly want to hear more from. Also – I have had The Woman in White on my TBR list for *decades* I smell read-a-long! Now dazzle me with another title, muffin.

RJS: From pink to purple for Alice Walker’s The Color Purple. It’s gorgeously written, and it’s the first epistolary novel I fell for! In fact, I think it’s the first time I realized that writing a novel-in-letters was even a thing you could do. And the story! Oh, it’s such a story. Can I deviate from the standard colors thing and give a shout-out to The Scarlet Letter? People love to moan and groan about it, but it’s so fantastic! It’s like the original Jerry Springer/Maury Povich “Who’s the daddy?” scandal! I love it so hard. Any nontraditional colors in your line-up? 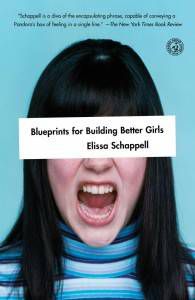 LH: Hmmm. Domestic Violets by Matthew Norman is a hilarious male mid-life crisis book. And speaking of scarlet, there’s The Scarlet Professor by Barry Werth. It’s a biography of Newton Arvin, a brilliant man who was a professor at Smith College for decades (and the lover of a young Truman Capote.) His life was ruined in 1960 when he was publicly outed as a homosexual, and arrested for possessing “pornography.” It’s an important, infuriating, heartbreaking book. Now that my brain has warmed up, I can think of oodles of books with colors in the title that I love: Blueprints for Building Better Girls by Elissa Schappell. The Black Count by Tom Reiss (which just won the Pulitzer for biography – woot!) No One Thinks of Greenland by John Griesmer, which doesn’t get nearly enough attention. No one thinks of No One Thinks of Greenland, sadly. I could keep going, but I’mma let you finish.

RJS: A thousand times yes to Blueprints for Building Better Girls. That book is just about perfect. If you want to kick it old-school and creepy, you gotta toss in A Clockwork Orange. And of course, The Crimson Petal and the White for all your naughty Victorian needs (and one of the best examples of second-person voice I’ve ever read). Ruth Reichl’s memoir about being the NYT food critic, Garlic and Sapphires, is excellent, and yes, I know sapphires are a gem, but sapphire is also a color, so I’m leaving it in and you can’t stop me. Have we covered Roy G Biv, my ginger-licious love?

LH: Why, yes, I believe we have. Time to tuck this post in for the night, and pick up a book. See you next time, kittens!