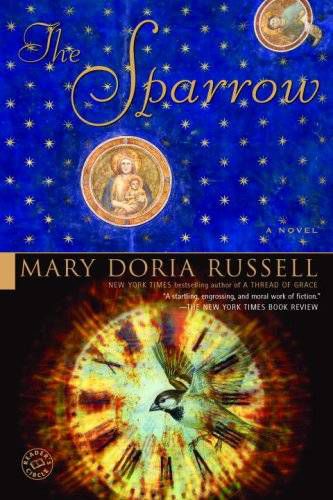 LH: So, kitten, today we’re going to discuss debut novels. And I think we should start off by saying we are not going to talk about The Secret History or The Gone-Away World. We talk about them every time we get together, because they’re amazing, but we need to give other books a chance. I’m going to start with Twins by Marcy Dermansky. I read this after I read her fantastic novel Bad Marie. Twins is about, well, twins. Twin sisters, to be precise, who start to grow apart, and how their lives take drastically different trajectories. I loved this book, and both the girls, especially the crazier one. Big surprise, huh?

RJS: I’ve been meaning to pick up Twins ever since I fell in love with Bad Marie (and had “Bad Romance” stuck in my head for, like, three weeks after, which was obnoxious but totally worth it). I love the promise of a debut novel, but sometimes there’s real value in reading an author’s second novel first. Like, if you go back and read the debut and it’s not as great, you already know they’ve improved and you can still look forward to what comes next, whereas if you read the debut first and it makes you meh, you might not have read them ever again. I can think of a few times that’s happened to me. But what I really want to say is have you read Moondogs by Alexander Yates? It was crazyawesomefun and my favorite debut of 2011–also one of my favorites of the year in general–and I NEED TO KNOW WHAT YOUR BRUJA POWER WOULD BE.

LH: Oh, how the tables have turned: I bought a copy of Moondogs at your suggestion, but I still haven’t read it. Don’t hate me. I’ll read it, eventually. But now, let me tell you about a group of debut novels I would file under “fantastic historical downers”: The Mineral Palace by Heidi Julavits, Getting Mother’s Body by Suzan-Lori Parks, Easter Island by Jennifer Vanderbes, and Gilgamesh by Joan London. These all take place in the early-to-mid-1900s, and feature strong female protagonists struggling through hard conditions. The writing in each of these is unbelievably good. I love them all to pieces – they’re truly wonderful novels.

RJS: I mention one book you haven’t read (finally!) and you bust out four I’ve never even heard of. Damn you, Lib! Can we take a minute to talk about debuts that are so good you can’t believe they ARE debuts? Helloooo, Matterhorn. Hello, Mr. Peanut. Hell-mothereffing-lo, The Sparrow. I tend to go into debut novels with cautious optimism, and all of these made me question the “cautious” part of that assumption. What are you looking for when you read debuts?

LH: Holy cats, I had no idea The Sparrow was a debut novel. That’s amazing! I can’t say I approach debut novels any differently than any other books I read – I don’t care if it’s the first, fifth, or fiftieth book an author has written: I just want to put the words in my brain! Of course, if it’s dazzling, I’m more inclined to read an author’s next book. I recently read three amazing debut novels: The History of History by Ida Hattemer-Higgins, about an American student in Berlin who wakes up with no recollection of the last several months (Fans of Murakami, this book is for you.); The Lifeboat by Charlotte Rogan, about a woman who survives the sinking of a cruise ship, only to be put on trial for events that took place on the lifeboat; and Radio Iris by Anne-Marie Kinney, a surreal tale of an office worker (out May 15 from the always-awesome Two Dollar Radio). I will definitely be picking up the next books from these authors.

RJS: Oh man, I love it when a debut leaves me pacing the floorboards and making a paper chain to count down to the author’s next book. I think the second novel I’ve been waiting for the longest now is whatever Arundhati Roy does next. Have you read The God of Small Things? It leaves me speechless every time. It’s the kind of book I think of as a writer’s culminating work (which might be why she hasn’t written another novel since?), and IT WAS JUST THE BEGINNING. Incredible. Wikipedia tells me Roy announced in 2007 that she was beginning work on another novel. WHERE IS IT???? I need this in my life.

Now that that’s out of my system: what are the debut novels you’re looking forward to this year, or that you’ve read and can’t wait to be released so you can force them on people?

LH: Besides Radio Iris, there’s The Unfinished Work of Elizabeth D. by Nichole Bernier, which is a suspenseful tear-jerker about friendship; Kino by Jurgen Fauth will knock you on your ass, especially if you’re a film buff; and I’m cheating a bit here, because she has a book of stories out, but Emma Straub’s lovely first novel, Laura Lamont’s Life in Pictures, will be out in September. Two not-yet-released debuts I’m dying to read are The Age of Miracles by Karen Thompson Walker, and How to Get Into the Twin Palms by Karolina Waclawiak. And you, my little love biscuit?

RJS: I’m edge-of-my-seat excited about Emma Straub’s novel, too. I have the galley sitting on my desk as incentive to come out of this Toni Morrison project victorious. Jennifer Miller’s The Year of the Gadfly is a campus story (one of my kryptonites) I can’t wait to dig into, and Ben Fountain’s Billy Lynn’s Long Halftime Walk is simply calling to me. I mean, Karl Marlantes called it “The Catch-22 of the Iraq War.” Come. On. Karl Marlantes is one blurber I trust blindly. Also, I love him.

LH: Karl really is a super sweetheart. Any authors whose first novels you sought out after reading their subsequent books? I read Tom McCarthy’s Remainder after C and ended up loving it more. Same with Julia Leigh – I read The Hunter after Disquiet. And I just purchased Patrick deWitt’s Ablutions because The Sisters Brothers was so effing good, and An Evening of Long Goodbyes by Paul Murray, because Skippy Dies is fan-freaking-tastic. I bet you they’re awesome, too.

RJS: I’m sure there are many–and Paul Murray is on the list–but I’d have to go stare at my bookshelves to answer the question. Let’s call this one a wrap. For next time: memoirs!

LH: Wait – I don’t want to call this one a wrap! Can we call it a cupcake? Or a donut? Mmmm…donut. I know, I know – don’t make you get the hose. Goodbye, everyone!

Tell us, dear readers: What are your favorite debut novels? Do you look for something special in debuts or read them differently? Any you can’t wait to get your paws on this year?