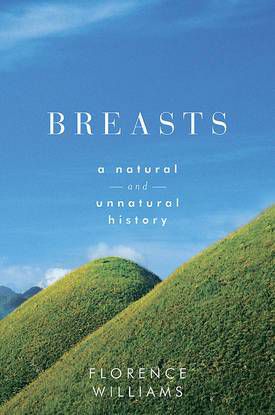 LH: Here’s a bit of craziness: We are already halfway through 2012. Isn’t that insane?! It seems like I was just perusing The Millions’ preview of the most anticipated books of 2012. And – blink! – it’s practically July and I’ve read almost 100 books. But what a bunch of books! Today we’re going to focus on our favorites of 2012 so far. I’m sure some of my titles will overlap with yours, because we’ve recommended books to one another. Note: we’re only discussing books that are available now. We’ll cover the rest at the end of the year. How awesome is it that we have another six months to cram books into our brains? So exciting!

RJS: ZOMG, I just need a minute to take in the fact that you’ve read 100 books already! That’s almost twice what I’ve read. Mama, you’re a machine! I’ve been mixing a lot of backlist into my reading this year–and it’s been a nice change from all frontlist, all the time–but it means I don’t quite have ten arm-flail-worthy new books to rave about. S’okay, though. I like you, so I’mma let you go first.

LH: I’ll start with The Age of Miracles by Karen Thompson Walker. This is a brilliant, creepy story idea, about what happens to the planet when the Earth’s rotation starts slowing down. I’m sure lots of hard science fiction books have covered this same idea, but this one is told through the eyes of an 11-year-old, which makes it sweet and less scientificky, more accessible to people who don’t like to read sci-fi. (Even if I can’t fathom such people existing.)

RJS: On the subject of genre-y things that make genre more accessible, let’s take a minute for our boyfriend Nick Harkaway (I feel like we’ve earned the right to call him that, don’tcha think?) and the amazing Angelmaker. It has gangsters, a swashbuckling hero, mechanical bees that can end the world, a mix of noir and dieselpunk (whatever the hell that is, I just stole the term from a recent review), and is easily the most fun reading experience I’ve had this year.

LH: Oh, hells yes, Nick Harkaway. I couldn’t count Angelmaker on this list, because I read it last year, but I never get tired of recommending him. I’ve also been telling everyone about Tell the Wolves I’m Home by Carol Rifka Brunt. It’s about a teenage girl whose uncle dies, and she discovers that he had a partner her parents never told her about. She starts meeting with him in secret, and learning more about her uncle and her family. On top of being a wildly impressive debut, this also has one of the best covers of the year.

RJS: Arcadia by Lauren Groff also has a happy-making cover, and that’s just the beginning. Set on a commune in upstate New York, it follows one family through several decades of life, as they discover that the utopian society they wish for isn’t so simple to create. Groff’s writing is so gorgeous, and some of her sentences are so heartbreakingly perfect, that I took forever to finish the book, not wanting it to end. But when it does end? Amazing! Gutsy but restrained and so, so smart.

LH: I loved Arcadia as well. And The Vanishers by Heidi Julavits also has an astounding cover, bright as hard candy. Julia is studying at a school for psychics when she comes under psychic attack by a jealous professor and has to leave the institute. She ends up in Europe, where she learns about her mother, who died when Julia was very young. This book is so strange and fantastic.

RJS: Okay, now I wish I’d written “bright as hard candy” to describe Arcadia. Moving on! How about another from you?

LH: From Two Dollar Radio, one of my favorite publishers: Radio Iris by Anne-Marie Kinney. Iris is an office worker leading a humdrum existence, until a new tenant moves in next door to her place of employment. She starts spying on him, transfixed by the strange sights and sounds that emanate from his office – it’s the most interesting thing to happen to her in years. This novel pressed on my Calvino sweet spot. I love it.

RJS: Contents May Have Shifted by Pam Houston hit my sweet spot so many times and in so many ways that I lost my head a little bit. The sentences! The globetrotting! The delightfully dizzying mix of memoir and short stories and long-form fiction! The painfully accurate insights about human nature! I swoon for her. (And I may have uttered the phrase, “Pam Houston is my weakness” on a podcast earlier this year. Embarrassing, but totally worth it.)

LH: Then there’s Breasts by Florence WIlliams. Oh em gee – I learned so much from this book! It is packed with information about the evolution and history and science side of breasts. Did you know that we carry chemicals in our bodies that we get from our parents and grandparents? True story! Our grandparents breathed DDT? Zip! We now have it in our systems, passed down just like the family nose and male pattern baldness. I couldn’t stop reading parts of this out loud to my friends. It’s fascinating. (And I first heard about it from you, muffinpants.)

RJS: Breasts is so awesome. I never realized before that scientists don’t really know why humans have the kind of breasts we have or the great extent to which our environments impact breast health. Yes, I just re-read that sentence, and I know it makes this book sound like the driest, most science-y thing ever, but that’s the thing–FloDub (that’s what I’ve decided to call her now) makes the educational stuff entertaining. Also: boobs!

LH: Let’s hear it for the girls! And now for something completely different: Stay Awake by Dan Chaon. Why is there not an altar to Dan Chaon in Central Park?! Why has his face not been carved in the side of the mountain?! Dan Chaon is a fracking literary genius. He is such an amazing writer. Stay Awake is a collection of short stories – and they’re wonderful, every last one. If this book isn’t at least nominated for a major literary award this year, I am going to get all howler monkey on someone.

RJS: *scribbles Stay Awake onto summer reading list* Please don’t be mad that I haven’t read this yet! I did love Await Your Reply.

LH: You wouldn’t like me when I’m monkey. Now here’s a great book for fans of Confederacy of Dunces: Handling Sin by Michael Malone. It involves wacky family dynamics and a crazy road trip to New Orleans. I had never heard of Handling Sin before and I’m so delighted it was introduced into my life. It’s one of the funniest books I’ve read. (It didn’t hurt that the man who recommended I read it is wildly attractive – I’d have eaten the pages instead of reading them if he had suggested it.)

RJS: The Legend of Pradeep Mathew by Shehan Karunatilaka is my sleeper hit of the year. I had never heard of it until our mutual friend and fellow Rioter Jenn started raving about it, and I was more than a little skeptical about a book about cricket and Sri Lankan politics. BUT it’s really about an alcoholic writer who is so obsessed with his work and his subject–a relatively unknown but amazing cricket player–that he doesn’t quite see how it affects his family. There’s a bit of a whodunnit, a splash of gangster conspiracy theory, and a ton of really smart and infinitely quotable one-liners. Oh, and it’s funny. I loved this book with a thousand loves.

LH: That does sound incredible! I have a copy somewhere in the book tower. I’ll have to dig it out. And speaking of books that people are raving about: Billy Lynn’s Long Halftime Walk by Ben Fountain. I first heard about this book on Twitter – it seemed like I turned my computer on one day, and everyone was talking about it. And the hype is completely deserved – it’s a stupendous, non-preachy, anti-war novel, about a troop of servicemen who are brought to a Dallas Cowboys game to be honored for their bravery in the Iraq War. I smell National Book Award. I know this one is going to make your list, too.

RJS: Oh hell-to-the-yes. I don’t really know when I became a person who loves a good satirical war novel, but I’m glad it happened so I could fall for Billy Lynn. It’s no easy feat to criticize a war–and actually, a whole culture–while being funny and not so political that you become argumentative, and Ben Fountain pulls it off like it ain’t no thang. I want to jump this book’s bones.

LH: Yes, agreed. I wouldn’t even make it buy me dinner first. So, Tin House has some great releases this year. One is Glaciers by Alexis M. Smith, a beautiful little novel about a young woman who works in a library, pines after a coworker, and shops in secondhand stores, all told in the span of a day. Glorious, glorious, glorious. Smith writes such crystalline sentences, you can see your reflection in them.

RJS: If I didn’t know better, I’d swear you were trying to seduce me, writing phrases like “such crystalline sentences, you can see your reflection in them.” Tom Bissell has that skill–the crystalline sentences and the seductively good writing–and it’s on full display in Magic Hours. I’m still working my way through this collection of essays about creativity, and it is making my brain tingle in really satisfying ways. Sure to be a favorite of 2012 and beyond.

LH: Ahhhhh – MUST. READ. This brings me to my last recommendation: Afterlives of the Saints by Colin Dickey. 1. This is a book about saints. 2. It’s great. And now that we’ve gotten the important part out of the way, I want to tell you that Colin Dickey is so brilliant, it makes my eyes bleed. I try and imagine what the inside of his brain looks like, and all I can see is that scene in Bad Lieutenant when Harvey Keitel smokes crack and takes all his clothes off and cries. What I’m trying to say is Colin talks about things that never even register on most people’s radars. He speaks in a language only dogs can hear. And then translates it for the rest of us. And it’s awesome. I totally would have beaten him up in school for being so smart.

Your turn, readers. What are your favorites of 2012 so far?