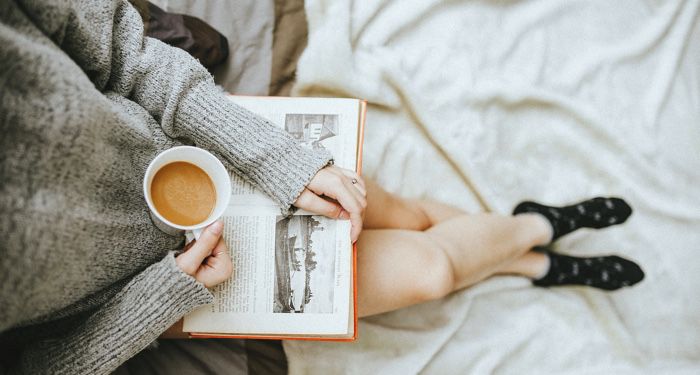 Face it: sometimes you judge books by the way you feel about their characters. There’s no shame in that. I’ll freely admit I have done this in the past. But I caught myself and started wondering…What is it about certain characters that put me off the book, or at minimum gave me a mental jolt? In most cases, I’ve found that when a character is ruining the experience, it’s because I either see a part of myself reflected in the character that I don’t like, or they remind me of negative personal experiences. The most common culprit, which more recently has become one of my favorites, is the unreliable narrator.

An unreliable narrator is a narrator who cannot be trusted, or who is simply not credible for one reason or another. Sometimes they can help it, and sometimes they can’t. The evidence will probably be in the way other characters are written, or the way certain events in the story pan out. It can be in the reaction or dialogue of other characters and the disparity between it and the inner monologue of the narrator. Whatever the case, once you’ve picked up on those clues, the story changes. It requires a little more attention to detail than it did before.

Why does this sound familiar?

The thing is, we humans are all unreliable narrators in some way or another. Every time we remember something, the memory is adjusted in some way. Every time we retell a story, it’s adjusted in some way. Memories may become fonder, or fade away into nothing but a feeling. Many stories featuring unreliable narrators take a villain’s point of view or have a character who can’t help it because of certain conditions, but the oft overlooked is the person who simply isn’t telling the whole story.

There are plenty of great examples of unreliable narrators who see the world in a way that’s so detached from reality that we know we’re in for the ride from the get-go. But this post isn’t about them. I’ve instead come to have a deep appreciation for those authors who can write around a character who, from a different perspective, would be described way differently than they would describe themselves.

I was reading Rules for Visiting by Jessica F. Kane recently, and it gave me some serious Eleanor Oliphant is Completely Fine (Gail Honeyman) vibes, because the main character spends a lot of time explaining her own pragmatic views of certain situations while the people around her all behave in ways she finds curious or sometimes unreasonable. In both cases, they have some fairly major trauma involving their mothers, and in both cases, those experiences are the key to their status as unreliable narrators. 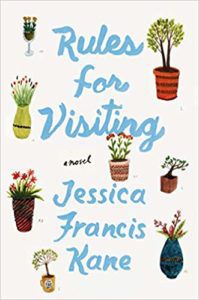 Rules for Visiting is what I consider to be a “quiet read,” which for me means that it allows my brain to feel at rest and the content feels generally light, even if it actually isn’t. Kane manages to use lovely diction and humor to diffuse the more difficult themes of the book, and breaks up the story with delightful descriptions of different sorts of trees and plants.

May Attaway is 40 and the only part of her life that seems to be going anywhere is her career as a gardener for a local university. So she takes some inspiration from classic literature to frame her thoughts on female friendships. Media would have us believe that a weekend getaway is enough to draw people closer, and they’ll all have a happy ending. But a weekend beach trip isn’t enough to actually, really connect (or in May’s case, reconnect) with people and establish friendships with a more stable foundation.

So she goes on a few trips to visit friends, each for several days over a course of a month’s worth of well-earned time off, and while she’s at it, she’s determined to be a good house guest who interrupts her friends’ lives as little as possible. Towards the end of the book, once one has become accustomed to May being cagey about her family backstory, she finally acknowledges that part of her past. It’s even typed there, in black and white…she admits to being an unreliable narrator. The whole situation, the whole reason she has this block in her life, is revealed at the very end of the book. But by the time she admits it, the reader already knows she hasn’t been entirely forthright, and the reader knows how those experiences have colored the way she sees and experiences the world.

Doesn’t everyone become an unreliable narrator when faced with something they don’t want to address? When they’re feeling defensive? Indignant? Trying to be persuasive?

Aren’t we often surprised by the way people describe us?

We all have a view of ourselves and our experiences that can be, at our endless frustration, described by another person in a way that is factually correct but interpreted in a completely different way. Isn’t that what makes us human? Unique and different from one another?

The next time you’re reading a book with a protagonist who, frustratingly, isn’t telling the whole story, it might be a fun exercise to check internally whether you’re doing the same thing. Maybe we read for the escapism, or maybe we read to reveal truths about ourselves. Whatever the case, carry on reading, and remember: you’re doing a great job.