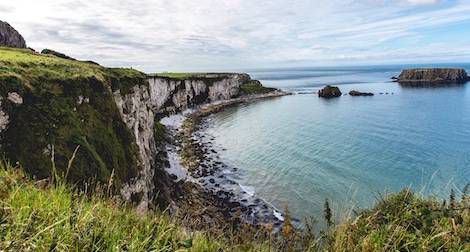 I was born and raised in the Republic of Ireland- in Cork, about as far south as you can go. As a child, I saw the last remnants of the violence from the Troubles and as I grew up, I witnessed the creation of a peace process that has held for three decades. Ireland is green and pretty but it has a dark and complex history. We’re not all parties and bars.

In last year’s Brexit vote, 55% of those in Northern Ireland voted to Remain. At the time, the Scots received most airtime because 66% of them voted to stay in the EU; Northern Ireland was vastly forgotten. Mild questions were posed about the peace process and, more recently, talks of a hard border and the dismantling of the Good Friday Agreement have become more widespread. During Eurovision, a Conservative councillor sent a tweet promoting the placement of a hard border in Ireland, as punishment for Ireland not giving the UK Eurovision points. This is foolish, of course, but it does reflect a harsh reality; we are making decisions without understanding the reality of what they may mean.

During the Brexit campaign, many people I spoke to in London were unaware that the peace process has been funded by the EU to the tune of more than 1 billion Euro since 1989. EU funding sustains the entire peace process, maximising victim support, youth engagement, shared education and social stability. Truthfully, without the EU, the peace process might never have kept up momentum.

As an Irish person, I worry for the future of Northern Ireland without EU funding. I don’t think I would worry so much, except that last week a British person asked me “But why is Northern Ireland even a thing? Like, why do we have it?”

People I know and love have suggested that Ireland is part of the UK anyway (it’s not) and that I’m English no matter what I think (I’m definitely not, and this is egregiously offensive). When a friend of mine learned that Britain colonised Ireland in a series of planned invasions before subjecting the entire country to severe discriminatory rule and divesting Irish people of their wealth and livelihoods, he called me a liar. Far from being a lie, this is history. When the British left Ireland following a bloody war in the 1920s, the island of Ireland was partitioned, six counties staying part of the UK and becoming Northern Ireland. The rest would become the Republic where I was born.

Tearing a country in two is a hard fought battle. It’s difficult to know who has won and who has lost. The emergence of hardline, violent loyalist and republican groups turned parts of Ireland, Northern Ireland and the UK into a warzone. British soldiers patrolled the streets of Northern Ireland, stirring tensions higher- and paramilitary groups targeted UK buildings and civilians. Thousands died. Thousands died, but last week a British person couldn’t even tell me what Northern Ireland was or why it might matter. It’s not a place you often see on TV or in the newspapers today, but the idea of a UK land border on the island of Ireland is pushing tensions to an unpleasant level where I’m from. It is hard not to feel resentful that my own country is to be so impacted by the choices of another- especially when the surrounding history seems to be so poorly known.

Revisionism walks blithely among us, ignorant by will but also by circumstance. As human beings, we are ignorant of reality because we choose to keep our eyes closed- and sometimes, our lack of knowledge is down to the fact that we weren’t taught, didn’t learn and can’t know. Someone should have done better for us but we still have a duty to learn. Identity comes in part from our past- if you don’t know who you are and where you’re from, the identity that you graft isn’t real.

This is a list of books about or from Northern Ireland. If you want to learn about a conflict you probably know very little about, jump in- and be prepared to learn some weighty lessons in your head and your heart. If you’re British or Irish, you have a duty to pick up one of these. You have a duty to know your past- because without it, you’ll never be able to build a future that works. 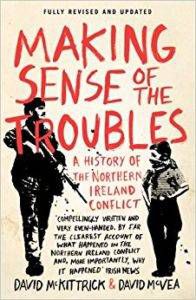 Making Sense of the Troubles byDavid McKittrick and David McVea

First written in the beginning of the 21st century when the peace process was shiny and new, an updated version now exists dated from 2012. This is history- clear, balanced and easy to digest. The story of the Troubles isn’t easy to read, but this is as frank and friendly a narrative as you could find.

The Twelfth Day of July by Joan Lingard

Published in the 1970s, this was how I came to understand Northern Ireland when I was a child. A novel based in Belfast tells the story of Kevin and Sadie, a Catholic boy and a Protestant girl, who fall hard for one another- in a world that’s determined they shouldn’t be together. The futility of the Troubles is so well expressed that, even though I haven’t read this in almost two decades, it’s stuck in my heart. There are also sequels- and they’re just as good. 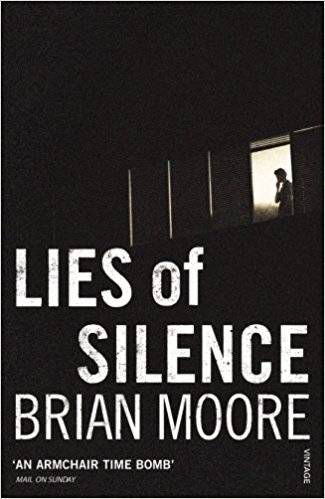 Lies of Silence by Brian Moore

What many people don’t realise about the Troubles is how easily regular people got drawn in- and how horrific the consequences were. In this novel, the IRA demand that a hotel manager plant a car bomb to kill a Protestant preacher. If he refuses, his wife will be killed. The plot is as simple as a plot can be- but it’s completely harrowing.

This one is a really hard read and you won’t feel right for a while after you get through it. The authors have examined every single death directly caused by the Troubles. It doesn’t examine the remaining injured, but it does portray, very starkly, the price paid for years of disaster. 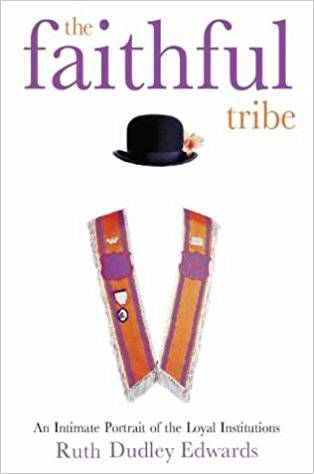 This is probably the most controversial book on this list- an intimate portrait of the Orange Order, a protestant fraternal organisation mostly based in Northern Ireland. Deeply loyalist and conservative, the organistion has been accused of sectarianism and supremacy. This is the story of a Catholic woman who wanted to know more. The book regards the Orange Order with fondness but not without criticism. As a nationalist, it was a hard thing to read- which also made it one of the most rewarding. Opening your own eyes is never a bad thing.

Cal will break your heart anew. An IRA sympathiser, Cal is torn apart by guilt at some of his involvement in local paramilitary activities- and is forced to face his own pain and hurt when he falls for the widow Marcella. This was published before the peace process was even a conceptual reality- it may seem antiquated as a result, but it cuts deep. 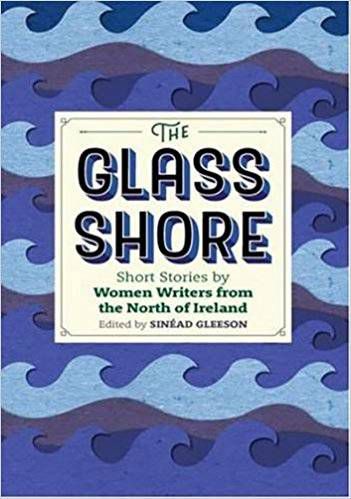 The voices of the women of Northern Ireland have, vastly, been lost or abandoned. The focus has almost always been on the young men who got caught up in the violence that dominated the landscape. This collection of short stories is not a clichéd rehashing of the Troubles. The stories instead address cultural identity- and the concept of borders is a heavy feature.

Bear in Mind These Dead by Susan McKay

Where Lost Lives discusses the deaths of the Troubles, Susan McKay has instead examined the legacy of the violence, giving a voice to the ultimate voiceless; the ones left behind when the dust clears. It is hard to survive a war- harder still to build a future where old wounds are still rubbing and sore. This is a look to the future and the healing required to rebuild, brick by brick.