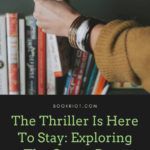 Editor’s Note: Disparaging comments about marginalized voices in publishing made by Otto Penzler, previously mentioned as a source below, came to our attention after the publication of this piece. His commentary has been removed. 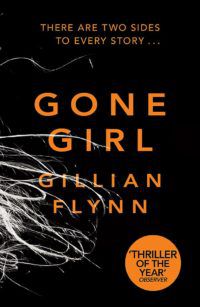 When Gillian Flynn’s Gone Girl hit shelves in 2012, it became a literary phenomenon. It sat atop The New York Times Bestseller list for eight weeks, sold two million copies in its first year, and was adapted into a movie two years later. The breakout success of the twisty domestic thriller created a reader desire for more stories like it, and publishers have rushed to meet the demand. Thrillers experienced a huge surge in popularity in the book world post–Gone Girl.

So how has Gone Girl changed its genre in the years since its publication? And what genre are we even talking about here?

A lot of readers, publishers, and book media would define Gone Girl as a thriller, but that’s not exactly the right literary term. Traditionally, the term “thriller” described action-packed stories that most often featured protagonists in law enforcement. Common situations included international espionage, life-or-death situations, and political intrigue. These books achieved popularity in the 1910s and ’20s.

More recent thrillers have become known for high action, fast pace, and life-and-death stakes. Common elements include “characters who are put through hell, whose backs are forced up against the wall,” said Meg Gardiner, author and president of Mystery Writers of America.

She said thrillers feature situations where characters have to rely on their wits, their courage, their skills (or lack of), and their common sense to save themselves, their community, and their family. Another tell that a book is a thriller?

“Does the book have a helicopter on the cover?” Gardiner said.

In recent years, the term “thriller” has come to have more than one meaning. Oftentimes when we talk about thrillers today, what we’re describing are psychological suspense stories. A sub-genre of that includes the domestic suspense novel. The domestic suspense novel “really delves into what’s going on in the interior lives of ordinary people,” Gardiner said. “The idea that we can never really know what lurks behind the happy, supposedly normal facade.”

These novels have exploded in popularity since Gone Girl, thought to be the catalyst for readers’ insatiable appetite for domestic and psychological thrillers.

“Gone Girl brought it all out into everyone’s consciousness,” Herren said. “And there’s a lot of really great books being written in that genre, which is great for everyone.”

“There’s obviously a hunger for stories that really dig deep into the lives, the minds, the betrayals of ordinary people,” Gardiner said. “Everyday life can be pretty dark and twisty.”

Women Writers Get Their Due

“Women writers and books that centered the female experience never got quite the respect they were due in the publishing world, and particularly in crime fiction,” said Greg Herren, author and executive vice president of Mystery Writers of America. Herren said women writers in the mid 20th century were doing just as good work as their male counterparts, but they centered female characters, making it more difficult for their books to receive recognition.

The writers and main characters of these stories haven’t changed in 70 years: today’s most popular domestic suspense novels are stories about women, with female authors leading the charge. Beyond Gillian Flynn, authors such as Greer Hendricks, Lisa Jewell, Paula Hawkins, Liane Moriarty, Shari Lapena, Mary Kubica, and many more have written popular domestic thrillers in the past ten years.

“It’s become blessedly obvious that female protagonists and female authors can write the hell out of all kinds of thrillers,” Gardiner said. “Heroines will draw huge audiences.”

One major trend in the genre can be found in the titles. So many of the popular thrillers feature a feminine word in the name: girl, woman, mother, wife, and sister can be found in numerous thriller titles each year. Unlike decades past, readers and publishers are embracing the women-led stories featured in domestic suspense. Instead of being a liability, readers and publishers embrace them.

Another major characteristic of domestic suspense novels is the source of the conflict: interpersonal relationships. In all of these novels, characters keep or uncover secrets between spouses, siblings, parent and child, and friends.

At first, the conflicts in domestic thrillers can seem tame compared to the plots of international spy novels. But readers connect to these types of conflicts precisely because they are relatable. These are stories of ordinary people with extraordinary secrets. It could be anyone you know. It could be you.

“What happens when the person you married turns out to be a sociopath?” Herren said of the appeal of domestic suspense.

Discovering the dark past of ordinary people is exhilarating and frightening, and exactly why we crave these stories. And the demand for domestic thrillers is here to stay.

“Obviously I think the genre is here to stay,” Gardiner said. “I cannot predict past tomorrow. Who knows? Somebody is going to just come shooting out of the gate and blow us all out of the water with something fresh and exciting.”