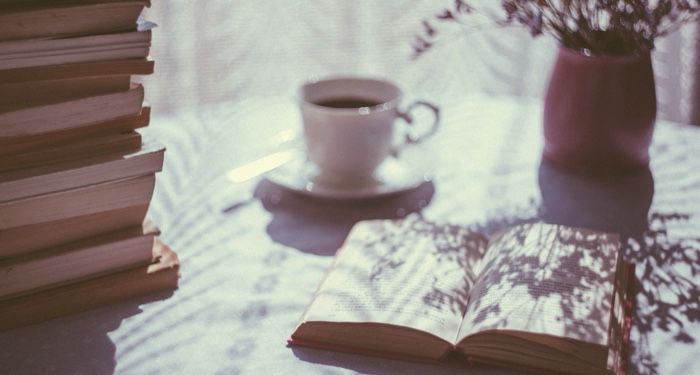 “Let’s call a spade a spade. The Covid-19 crisis has created a hard time for all of us. At this point, we could all use a change of scenery. The great thing about books, though, is that they can offer that very escape you might need – without even leaving the comfort of your own home.

So here’s a list of things I particularly miss along with some book recs that are basically about people doing those exact things.”

I love these matchups! Also, I miss outside.

“The 14,500-square-foot estate has a formal dining room, huge kitchen and large living room. There are five large bedrooms on the second floor, each with their own attached bathrooms. There’s also a six-car garage, carriage house, a heated in-ground pool and greenhouse surrounded by a bluestone patio.

Then there’s the library, which leaves most people breathless. The two-story, 1,000-square-foot room features select grade walnut, a 21-foot ceiling and a second floor walk-around.”

“But in January, anonymous collective the 4ème Oeil Corporation accused him of lying about his past, and Bourgoin has now admitted to the French press that the wife never existed. He also acknowledged that he never trained with the FBI, never interviewed Charles Manson, met far fewer killers than he has previously claimed, and never worked as a professional footballer – another claim he had made.”