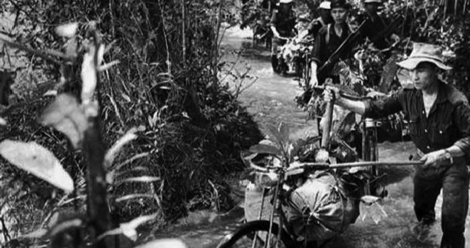 Throughout my elementary school years, television’s beloved anchorman Walter Cronkite brought the Vietnam War into America’s living rooms. The TV images have remained seared in my mind, but I didn’t understand anything about being an American combat soldier in the Vietnam War until I read The Things They Carried by Tim O’Brien. 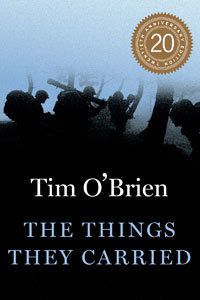 Tim O’Brien is 72 years old now and the Vietnam War still absorbs him. He is grateful that The Things They Carried has helped not only Vietnam Vets, but vets from the Iraq and Afghanistan wars as well, to be able to break the silence surrounding their experiences and begin to talk with their friends and family.

“In that sense, I’m glad I wrote the books,” O’Brien said in an interview last year in The Washington Post. “But on a personal level, they weren’t in any way I know of therapeutic, like I got it off my chest or something. You are plagued by it. It’s not every waking moment, but almost.”

Consider reading these eight selections from Tim O’Brien’s masterpiece. O’Brien’s words will enter your hearts and minds and hopefully, lead you to read every word The Things They Carried.

The Things They Carried Quotes

“For the most part they carried themselves with poise, a kind of dignity. Now and then, however, there were times of panic, when they squealed or wanted to squeal but couldn’t, when they twitched and made moaning sounds and covered their heads and said Dear Jesus and flopped around on the earth and fired their weapons blindly and cringed and sobbed and begged for the noise to stop and went wild and made stupid promises to themselves and to God and to their mothers and fathers, hoping not to die.”

“The truths are contradictory. It can be argued, for instance, that war is grotesque. But in truth war is also beauty. For all its horror, you can’t help but gape at the awful majesty of combat. You stare out at tracer rounds unwinding through the dark like brilliant red ribbons. You crouch in ambush as a cool, impassive moon rises over the nighttime paddies. You admire the fluid symmetries of troops on the move, the harmonies of sound and shape and proportion, the great sheets of metal-fire streaming down from a gunship, the illumination rounds, the white phosphorous, the purply orange glow of napalm, the rocket’s red glare. It’s not pretty, exactly. It’s astonishing. It fills the eye. It commands you. You hate it, yes, but your eyes do not. Like a killer forest fire, like cancer under a microscope, any battle or artillery barrage has the aesthetic purity if absolute moral indifference – a powerful, implacable beauty – and a true war story will tell the truth about this, though the truth is ugly.”

“For the common soldier, at least, war has the feel—the spiritual texture—of a great ghostly fog, thick and permanent. There is no clarity. Everything swirls. The old rules are no longer binding, the old truths no longer true.”

“To generalize about war is like generalizing about peace. Almost everything is true. Almost nothing is true. At its core, perhaps, war is just another name for death, and yet any soldier will tell you, if he tells the truth, that proximity to death brings with it a corresponding proximity to life. After a firefight, there is always the immense pleasure of aliveness. The trees are alive. The grass, the soil—everything. All around you things are purely living, and you among them, and the aliveness makes you tremble. You feel an intense, out-of-the skin awareness of your living self—your truest self, the human being you want to be and then become by the force of wanting it. In the midst of evil you want to be a good man. You want decency. You want justice and courtesy and human concord, things you never knew you wanted. There is a kind of largeness to it, a kind of godliness. Though it’s odd, you’re never more alive than when you’re almost dead.”

“He said he’d done his best. He’d tried to be a decent medic. Win some and lose some, he said, but he’d tried hard. Briefly then, rambling a little, he talked about a few of the guys who were gone now, Curt Lemon and Kiowa and Ted Lavender, and how crazy it was that people who were so incredibly alive could get so incredibly dead.”

“By our language, which was both hard and wistful, we transformed the bodies into piles of waste. Thus, when someone got killed, as Curt Lemon did, his body was not really a body, but rather one small bit of waste in the midst of a much wider wastage. I learned that words make a difference. It’s easier to deal with a kicked bucket than a corpse; if it isn’t human, it doesn’t matter much if it’s dead. And so a VC nurse, fried by napalm, was a crispy critter.”

“What happened to her, Rat said, was what happened to all of them. You come over clean and you get dirty and then afterward it’s never the same. A question of degree. Some make it intact, some don’t make it at all. For Mary Anne Bell, it seemed, Vietnam had the effect of a powerful drug: that mix of unnamed terror and unnamed pleasure that comes as the needle slips in and you know you are risking something. The endorphins start to flow, and the adrenaline, and you hold your breath and creep quietly through the moonlit nightscapes; you become intimate with danger; you’re in touch with the far side of yourself, as though it’s another hemisphere, and you want to string it out and go wherever the trip takes you and be host to all the possibilities inside yourself.”