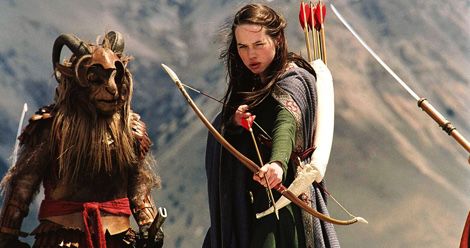 Are you the eldest girl in a classic children’s novel? Are you extremely sensible and organised? Do you have a younger sister who’s a bit of a tomboy, and who all the readers love more? Then you might be a Susan.

If you’re reading children’s literature from a certain era, a Susan is bound to pop up sooner or later. She will be the second child, and the oldest girl. She will always be the group mum, keeping her siblings in line and standing in for their actual mum, who is always absent and sometimes dead. She will make sure that her brothers and sister are fed, clothed, and have somewhere warm to sleep. They will not appreciate her for doing so.

There are varying degrees of Susan. There are the original Susans, the Susans who came first and gave the figure her name. There’s Susan Walker from Swallows and Amazons, who makes sure the washing-up is done while she and her siblings are camping on their Lake District island. There’s Susan Pevensie, who wraps her brothers and sisters up warm before they venture into the frozen wastes of Narnia (this is long before she’s exiled for committing the heinous crime of liking lipstick and boys).

There are also Susans in nature, if not in name. Dora Bastable was an early prototype of the Susan, who looks after her five younger siblings after their mother’s death. In return, they think of her as boring and stuffy, and often resent her for bringing a healthy dose of sense into their adventures. Anne from the Famous Five books is what happens when the Susan happens to be the youngest member of the family, with no authority at all – she cooks, cleans, and is cheerfully pushed around by her two older brothers and her far more interesting cousin George. Even Hermione Granger, years later, takes on elements of the Susan, performing a huge amount of emotional labour for Harry and Ron (which they rarely, if ever, return), and dealing with all the logistics of the rather dismal camping section of Deathly Hallows.

Susans are almost never anyone’s favourite character, especially when they have a much more proactive and interesting younger sister, like Lucy Pevensie or Titty Walker. But as I’ve gotten older, I’ve come to appreciate the Susans of literature a lot more. When you’re going on an adventure, yes, you need the brave one, and the hopeful one, and (apparently) the sneaky one, but you also need the one who’s going to make sure you don’t die of hypothermia, or eat the wrong mushrooms, or drink dirty water and end up fighting epic diarrhea instead of the final boss. You need the sensible one.

And sometimes, sensible Susan can be the hero, as we see with one of the most iconic Susans of all – Discworld’s Susan Sto Helit, aristocrat, accomplished teacher, and granddaughter of Death himself. Of course, Susan Sto Helit wouldn’t describe herself as a hero, because heroics mean that you waste time with sentiment instead of getting the job done and defeating the bad guy as quickly and cleanly as possible. Susan Sto Helit doesn’t set out to save the day – instead, she fixes the problem, whether said problem is a disobedient child in her class or a plot by malevolent beings to stop time and destroy the world.

The Susan may not be the loudest character in literature, or the most showy, or the one with the most flashy powers, but when you get right down to it, she’s the kind of person you want on your team. In fact, you should probably step aside and let her lead the way.

For more great female characters, read Our Favorite Women in Books. If you want to know what happens to the Susan when she grows up, check out Books With Strong Female Characters Over 50.