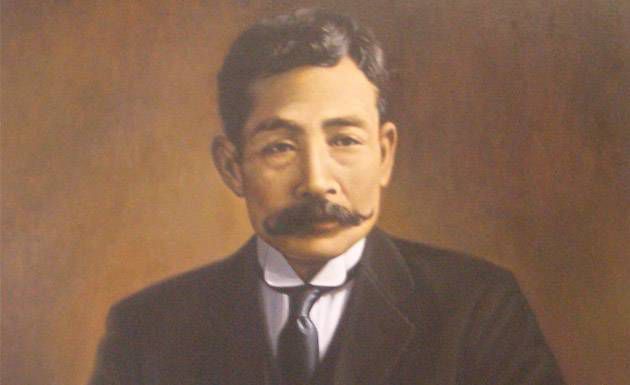 Tucked away on a residential street in Clapham, South London, is a literary curio: The Sōseki Museum. The museum is dedicated to Natsume Sōseki (1867-1916), one of Japan’s most respected authors. It is a fascinating record of a literary life and well worth a visit. 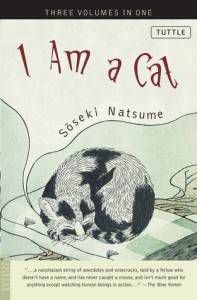 I Am a Cat

Despite having lived in London between 1901 and 1903, Sōseki isn’t well known in the United Kingdom. For an introduction to his writing, I’d really recommend his most famous work, I Am a Cat. The titular feline is a wonderful literary creation, insouciant and supercilious. He narrates the book, bemused at human behaviour and poking fun at the people coming and going from his owner’s house – particular scorn is reserved for those attempting to adopt Western customs. Quirky, funny and astute, the book makes a great present in our cat-obsessed times.

Sōseki was also a translator and scholar of English Literature, and underneath I Am a Cat’s gentle satire is a keen interest in the interaction of East and West. Fittingly, the museum itself is a strange juxtaposition of British and Japanese culture.

I had been meaning to go to the museum for some time. I love examining the paraphernalia of writers’ lives, the small insights you can glean about their work, the interesting facts about their personalities and habits. It was only the sad news that the museum will be closing – due to lack of visitors – that finally pushed me to make the effort. It proved a memorable afternoon.

The museum occupies just two rooms – and a picture filled corridor – in an anonymous town house opposite Sōseki’s final lodgings in London. When you arrive at the address, you could be forgiven for walking right past. The only evidence of the museum within is a small plaque next to the door bell, signalling its location sandwiched between the building’s other flats.

After being buzzed in you have to make your way past the jetsam of modern co-habitation: wrongly-addressed letters, unrequited advertising, spare flooring, leaning bikes. However, the museum itself is in sharp contrast – you enter into an orderly and neat space, occupied by books, photographs, displays and a well-tailored Japanese guide. 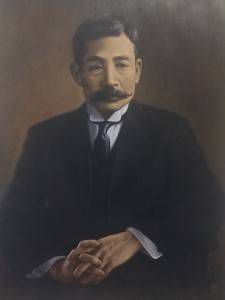 The guide politely greeted me and apologised for the size of the museum – a fact that did at first surprise me, but adds to the charm of the place.  She then handed me a pamphlet about Sōseki printed on heavy washi-like paper that is so evocative of Japanese craft and culture. The pamphlet seemed slightly out of kilter with the aging photos and kitsch frames taking up almost all available wall space, both more ancient and more modern. The disjoint was increased when I noticed the large European style portrait of Sōseki peering imperiously down on me. A Japanese literary giant, contained within a tiny London flat. The slightly surreal contrast contributed to a sensation of pleasant disorientation.

Despite its dinky size, the museum packs in a lot of information about Sōseki’s time in London through an array of images and exhibits. Edwardian cultural history is re-presented through the perspective of an outsider, and the quirks of both are illuminated through the displays. The description of Sōseki sitting on his landlord’s shoulders to view Queen Victoria’s funeral procession was a particular highlight. Through details like this, the museum really brings Sōseki and Edwardian London to life.

Sōseki claimed “the two years I spent in London were the most unpleasant years in my life. Among English gentlemen I lived in misery, like a poor dog that had strayed among a pack of wolves.” He spent much of his time in his room reading, suffering from ill health and anxiety, but was persuaded to take up cycling help relieve his distress. However, many think that Sōseki’s professed dislike of London might have been slightly disingenuous. His visit proved formative for his career as a writer and the influence of English literature and culture can be seen through his work. 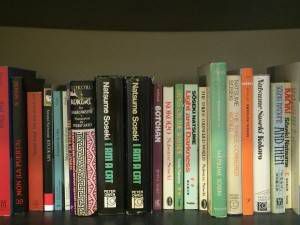 The museum is so wonderfully singular. It is a tremendous resource for those interested in Sōseki, with a library of his work available to peruse. For me, I love that it can give you a glimpse into a curious moment of literary exchange. The museum is a palimpsest, a scratch on the surface of contemporary London, revealing the history beneath. I would recommend anyone with an afternoon to spare to go seek out the museum while they still can.

The museum closes in 2017 on the 150th Anniversary of Sōseki’s birth.