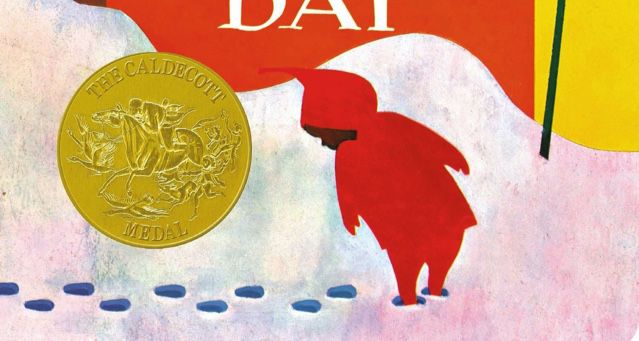 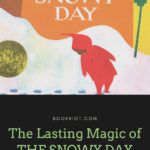 Since its publication in 1962, The Snowy Day by Ezra Jack Keats has been loved by children and parents alike. It is the most borrowed item from the NYPL with a grand total of 485,583 check outs. When you remember that the NYPL is 125 years old, that is an impressive feat indeed.

It was turned into an animated Christmas special by Amazon in 2016.  In 2017, it was honored as a Forever stamp. If you were to search for plush versions of Peter, you’d have quite a few options to pick from. So, what has made this book stand the test of time, when others have been lost through the years?

The premise is simple. Young Peter wakes up to discover the outside covered in snow. After bundling up in his now iconic red snowsuit, he takes off on an adventure. It’s quite accurate to how a young child might spend a day in the snow. Most children would do this when faced with the prospect of a day of no school and a chance to explore the world. 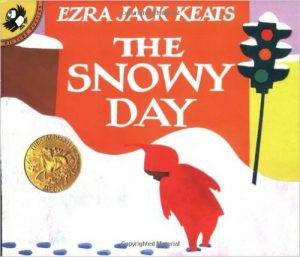 First, Peter walks through snowdrifts in various ways to observe the different tracks he makes. He debates joining in with a snowball fight before wisely realizing they are a bit too old and vicious for him. After discovering a stick, he finds out why you shouldn’t poke a branch full of snow. Finally, he tries to save a snowball when he has to turn in for the night and leaves it in his snowsuit while he takes his warm bath.

I’m sure you can guess how successful that was.

As he drifts off to sleep, he dreams that the sun will melt the snow away. Upon waking up, he is overjoyed to find the snow still there and embarks on a new adventure. This time, he invites his friend across the hall to enjoy the day with him.

And that’s it. That’s the story. There’s not a big conflict or lesson. And there’s not a tragic turn, unless you consider Peter’s heartbreak over his snowball melting to be one. It’s simply a lovely story that is still heart-warming to read in this day and age.

But then again, it’s so much more.

This book is one that helped to break the color barrier in children’s literature. It is still a staple 58 years later. It wasn’t intended to be a “cause” book either. Keats has said that he wrote Peter as the main character “simply because he should have been there all along.” And even if that makes it seem like it was for a cause, it’s really not. It is stating a fact that he had observed in all the illustrations he had done. But that small statement has had an effect in the years since.

At that time, there had been no picture books with a Black child as the lead protagonist. Sure, they were the best friend or a background character. But never front and center, and always the token. Keats changed this by making Peter the protagonist of The Snowy Day. And this decision flung that door wide open. Black kids finally saw themselves as the protagonist of a book. They were watching him take the lead rather than watching him follow a White character in their adventures.

Bryan Collier, well known author and illustrator, has shared his first memory of this book. He’s stated the when his mother brought this home, it was the first time he saw a child like himself in a picture book. The housecoat that Peter’s mother’s wore was the same one his own mom had. This had a lasting impression on him, and this book has also had an effect on other readers who grew up to be authors and illustrators themselves. Sources also say that one of the most touching letters that Keats received about this book was one from a teacher who said that the kids in her class had begun using brown, rather than pink, to color themselves in pictures after seeing Peter front and center.

I have a confession to make; until I went to write this article I had never read the book. So I picked it up from my library and read it while sipping a cup of coffee. And I couldn’t stop smiling the entire time. Due to where I live, I’ve have never seen this amount of snow before in my life. Still, I was right there with Peter, experiencing and discovering the wonders of that snowy day with him.  Seeing that winter wonderland through his eyes was a marvelous adventure indeed.

One thing I especially enjoyed was how, at the end, you didn’t know anything about Peter’s friend except that they were his friend. We don’t know their gender and we don’t know their race. All we know is that Peter went to get “his” friend and “they” went out into the snow together. This supports the fact that this wasn’t a “movement” book. Otherwise, this would have been specified. Rather, we are left knowing that the duo is looking at the prospect of another fun day in the snow and maybe another attempt at saving a snowball.

I believe that Keats didn’t set out to make a political statement with this book. It wasn’t for a cause. He legitimately just noticed something in his years of illustrating and decided to change that. He decided that Black children deserved to see themselves as the main character in a book. They deserved to have a protagonist that would be in pop culture history for years to come. Peter has the power to make adults stop and smile with a hint of nostalgia when they think about him or how they felt the first time they read the book.

It’s a simple story that did a big thing and with that has permanently cemented its place in history. While the boulder makes a bigger splash, a small pebble still has a ripple effect in water. And that is what this book has done and will continue to do in the coming years.

Even though images from the book have been used for a Forever stamp, they are not free domain. If one is interested in obtaining the rights to use images from The Snowy Day or any of Keats other books, they can inquire on how to at The Ezra Jack Keats Foundation page. If granted permission, one thing they do request is that you do acknowledge said permission as an image caption. They also have other materials available for those teachers and other educators who may wish to use any of Keats work in their classrooms.