The Hobbit movies were inevitable. I think we can all agree on that point. The Lord of the Rings movies made approximately all the money, and if a Hollywood exec exists who isn’t going to try and duplicate that result, then the secret alien invasion has truly begun. So Hollywood begat three Hobbit films — which I think we can all agree is about two and a half more epic films than we really needed out of one small children’s book. The Hobbit was given a length and CGI facelift until it was unrecognizable from anything like its original form.

When it became a trilogy, sure, everyone groaned a bit about how it was just panhandling for more money, rather than trying to tell any interesting story. But let’s be honest, we all didn’t groan that hard, did we, because the Hobbit movies went on to make roughly all the money which had been left over after the Lord of the Rings, and that means that a lot of us went to see those big clunky films after all.

Immediately after they finished scrounging bits of appendices to stuff inside The Hobbit (like a fantasy turducken, of sorts), the next series of articles I began to see were saying maybe we’ll get a film of The Silmarillion now. People groaned mightily about that one too.

But wait! Don’t! This is the one we should  actually encourage, more than the others, if you really think about it, because there’s some cool stuff inside of The Silmarillion but let’s be honest…this would be the only way that ninety percent of us would get to follow that story.

Normally this is the point in the article when I’d summarize the plot of The Silmarillion for you, but holy hell am I not going to even try. Here’s a link to the Wikipedia page, and you can go try to puzzle it out for yourself. I’ll wait here while your eyes cross and your brain makes a little “sproing” sound. I know that’s what mine does. And I’ve read the thing.

From that Wikipedia page, here’s one of my favorite paragraphs. I think it illustrates all the problems with The Silmarillion pretty neatly:

“Fëanor and his sons swore an oath of vengeance against Melkor – and against anyone who withheld the Silmarils from them, even the Valar. Fëanor persuaded most of the Noldor to pursue Melkor, whom Fëanor renamed as Morgoth, into Middle-earth. Fëanor’s sons seized ships from the Teleri, attacking and killing many of them, and left the other Noldor to make the voyage by foot. Upon arriving in Middle-earth, the Noldor under Fëanor attacked Melkor and defeated his host, though Fëanor was slain by Balrogs. After a period of peace, Melkor attacked the Noldor but was again defeated and besieged. Nearly 400 years later, he broke the siege and drove the Noldor back.”

Holy buckets. Did you follow those names? That’s roughly a tenth of one percent of all the weird names in The Silmarillion. Each character has roughly fifty of them. Even characters you might otherwise know are quickly renamed into insanity. But anyway, putting the names aside, in that one paragraph you’ll notice it’s a pretty badass plot. Oaths of vengeance and pursuits and sieges that go on for centuries and Balrogs plural! It’s exciting. Or in theory. It’s spectacularly boring in the book. But in a film? Yeah it would be another CGI-fest, but done well enough, it could be a pretty fun one.

There are problems, of course, I grant you. For one, the plot of the Silmarillion has a pretty insanely long timespan, and the plot meanders like hell. But that’s not a real issue. In The Lord of the Rings films, we got the whole backstory of war and the rings of power via Cate Blanchett’s wonderful voice. So just do that, then find a part of the Silmarillion to tell as a coherent film, or three (or make each one set in a different time period from the previous ones). And if the film plot needs filling out at all because of some of 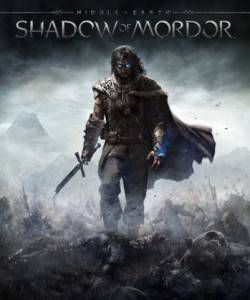 Everything I’m suggesting for The Silmarillion, they did with “Shadow of Mordor” and it worked amazingly.

this condensing (which I seriously doubt), that’s why there’s roughly one billion pages of dense text in the Silmarillion. Just rearrange a bit, borrow some plot lines, re-pillage Tolkien’s appendices and other material. These films, too, can be turduckens. Um, I mean that to sound like a goal and not a threat.

So I say, bring on the Silmarillion movies. Give ‘em more time and attention than the Hobbit ones got in pre-production. Done halfway decently, I suspect we would be groan-free when they hit the screens. I certainly would be.