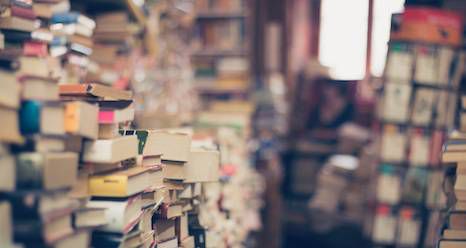 What if all the writers you loved could be gathered in one room – would seeing their collective faces be meaningful to you? What if they mostly looked like you? Would seeing a lack of diversity have an impact? I had that experience on a website that shows books read by photos of their authors.

Worlds Without End is a site for science fiction/fantasy/horror readers to track books they read and own. WWEnd is built around lists of books: Awards – Best Books. Currently, there are over fifty book lists. Users sign up for a free account, view the lists and tag the ones they’ve read. It’s a great way to discover new books to read, and if you’re a compulsive list reader, a way to track your progress. WWEnd also features a Top-Listed Books of All-Time to promote reading books that are on the most lists. It’s a very visual way to look at what you’ve read because the lists are based on cover photos. 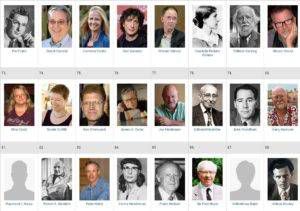 When I was shown this featured, it was demoed with classic science fiction writers. I was shocked by how old and white the writers were. Seeing the faces all at once was a revelation. I then logged into my account. There’s still a lot of old white guys. Seeing that does have an impact. The lack of women is important, but for me, since I’m 65, the lack of young writers was also a big shock. Many of the photographs were of men and women no longer with us.

As I contemplated the photos I realize they represent the impact of reading science fiction growing up in the 1960s. Most of those writers are dead now, and there were damn few women writers. If I could collect photographs of writers that influence me today they wouldn’t be many SF/F writers. They would be younger writers who write nonfiction books, and many of them would be women and people of color. I have changed, but then I thought about my upbringing.

WWEnd allowed me to create a test account where I created a list of writers that I loved in the 1960s. Seeing the simulated group photo of the writers who I read in my formative years was another revelation. There are only two women in the group and just one black writer. These are the people that shaped my evolving mind in my teen years, because back then science fiction was pretty much all I read. Here is a section of that list. 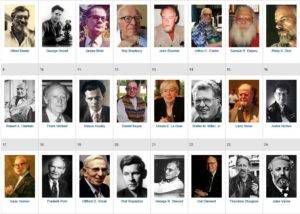 This experience inspired me to create “Autobiography of Reading” on my blog. I wanted to see the faces that shaped all my reading, just to feel the impact. So far I’ve taken the project up to the 1970s. My current reading is mostly non-fiction and diverse but will take time chronicle. I’ve got 40+ years of evolving to illustrate. Playing around with the photos is very revealing. As I studied the faces and thought about each writer, I realized how their political ideas, personality, religion, philosophy, and the culture they grew up in could have shaped my thoughts. I can feel the importance of diversity.

This experiment caused other revelations. My life straddles a divide between a monoculture and diversity. There’s also another divide – between the books I read in youth, and the books I read as an adult. Much has changed in the last fifty years. For me personally, I’ve changed because of the books I’ve read. And when I study the writers who wrote those books, their faces matter.