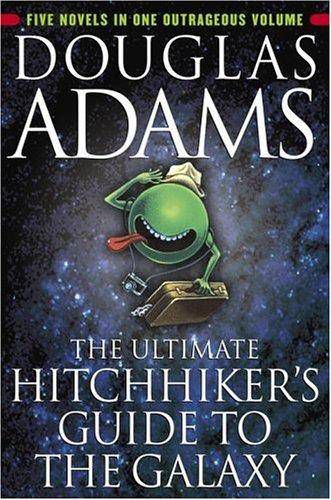 In case you hadn’t noticed, I’m a feminist reader. I throw the Bechdel Test at just about every narrative that comes my way, be it novels, short stories, movies, TV shows, comics; you name it and I am counting female characters and checking their conversations. Why? It’s certainly not the be all and end all of feminist litmus tests, and it also can have little to nothing to do with whether or not I like a piece. See, for example, Reign of Fire, which fails but remains one of my go-to movies for late night popcorn binges. Or The Expendables, which I love with a great and terrible love and which couldn’t fail harder. A story can, in fact, have absolutely no women in it and still be an excellent piece of literature — Lord of The Flies comes to mind. 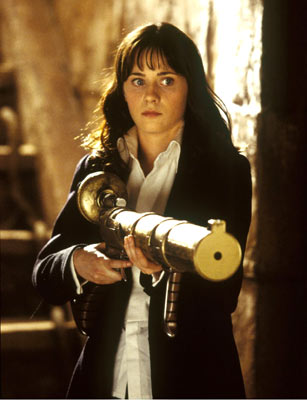 So what, you are asking me, is the point? Well, it’s interesting. Let’s take The Hitchhiker’s Guide to the Galaxy as our example. Tricia McMillan, aka Trillian, is smart. And not just smart, but notably smarter than the notably idiotic guys she’s traveling with. She’s got an astrophysics degree, for crying out loud. Yay strong lady lead! But wait — she is literally the only female character in the book. No, really, I checked. Marvin, Ford, Zaphod, Arthur, Eddie, Slartibartfast, the Vogons; it’s a dudefest. One of the Vogons has an aunt, but I’m pretty sure that doesn’t count. There are a few characters (Agrajag and the mice, for example) of indeterminate gender, but they are definitely not female. H2G2 fails on Step 1.

Is this a problem? No, and yes. No, because there are no ulterior motives here, no dismissal of women or the female gender as a whole. In other words, Douglas Adams clearly has no problem with women, he quite likes them really, he just didn’t write more than one in. But: Yes, this is a problem, because when your cast spans not just Earth but the Universe itself, surely, surely, SURELY, there are women out there. It’s an evolutionary impossibility that the universe is only populated by dudes, and a statistical impossibility that only the dudes would be interesting enough to write about. And even in a book that plays with statistical impossibilities from page one, that’s a lot to ignore. And the fact that it was written in the ’70s doesn’t excuse anything either; the ’70s had lots of women.

Did he do it on purpose? I am sure the answer is no. Ok, so why are we still talking about this? Because a book can be good, but that doesn’t make it flawless. Because science fiction as a genre is highly prone to gender representation problems. Because the default cast has been 90% male for so long. Because feminism is really about equality, and it’s worth noticing the stories that fail. We as readers and writers can note that this is, in fact, disproportionate representation. That women are interesting characters, who probably have lots of interesting conversations about things other than the men in their lives. And that we want to read about them.