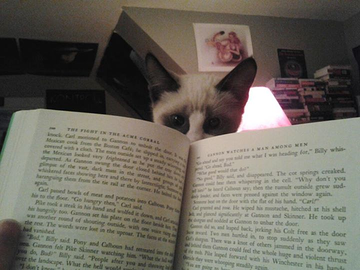 After three movies with an average Rotten Tomatoes rating of 28% Frank Castle is returning to our screen in Netflix’s second season of Daredevil! If you’re excited to see Jon Bernthal get back to his head-rubbing craziness but don’t know much about the character himself, then consider yourself about to be primed… for punishment.

The Punisher has one of the simplest origin stories in all of comics. Vietnam war vet Frank Castle returns home and joins the NYPD, pisses off the mob, and watches his family get gunned down in front of him. To deal with this trauma, he decides to wear a skull on his chest and kill all the bad guys. Seriously, all of them. That’s it, with that simple framework you can understand most Punisher stories out there. At times he’s integrated into the Marvel Universe proper, others where he exists in a world much closer to ours, and those moments where the general absurdity of a white-gloved serial killer is treated about as seriously as a Looney Toons episode. Here we’ll suggest a few books to supplement your “Netflix and kill” with special emphasis on times when Frank has crossed paths with old hornhead.

The Punisher first appeared in Amazing Spider-Man #129 (Feb. 1974) as was basically a very conflicted bad guy and other than his anti-hero-ness waxing and waning he very much appears fully formed in this issue: skull shirt, white gloves and boots, guns. It’s all here. Fun fact: this issue is also a major plot point in the movie Coyote Ugly for some reason.

While Spider-Man has always been an upstanding hero, Daredevil is a bit grayer due to his more violent tendencies and troubling, at best, connection to the criminal justice system. I think this is why those times where Matt and Frank work together or at odds all the more interesting. So it’s probably appropriate that their first meeting was penned by none other than Daredevil superscribe Frank Miller and classic DD artist Klaus Janson. The issues are collected here, in a volume that also includes the introduction of Elektra, also debuting on the show this season. Coincidence?

Welcome Back, Frank by Garth Ennis and Steve Dillon

But for me, the quintessential Daredevil and Frank story was told by Garth Ennis and Steve Dillion in their Marvel Knight soft reboot series “Welcome Back Frank”. In the issue, Punisher presents Daredevil with “a choice” and suffice it to say that Matt doesn’t like the options presented. I don’t want to say more because there are some scenes in the Netflix trailers that heavily hint that some version of this scene will be in this season of the show, and I expect it to be one of my favorite moments in the series thus far.

At some points in the character’s history they’ve tried to update his backstory so that he wouldn’t be an old man still out killing mobsters. Specifically, they tried to make it so that he was a veteran of the first Gulf War instead of Vietnam, a tactic also used for Tony Stark. The problem is we have such a deep cultural affiliation with what it means to be a Vietnam veteran, and what that war did to the psyche of so many soldiers that it really just makes much more sense for Frank to have been “in the shit” instead of in the sand. Punisher: Born, also by Garth Ennis but this time teaming up with the excellent Darick Robertson, tells that story.

Because Marvel MAX books are set in a world more like reality and because Ennis firmly established Frank as a Vietnam veteran, as the MAX series progressed Frank did indeed age. Many Punisher fans point to the long Ennis run on the book as the essential Punisher story, but I personally only glommed onto the book after Jason Aaron took over as writer, told a few weird and compelling stories, then dropped the mic. His takes on the Kingpin and Bullseye are fascinating and his reflections on the psychology of a man like Frank Castle might just leave you a bit depressed.

As pointed out here and elsewhere, the concept of the Punisher when pushed too far falls into absurdity. If you’re looking for one of the most 90’s things out there, then check out the one-shot “Punisher Kills the Marvel Universe”. Supposedly this book was released to the sound of crickets but resurged in popularity five years later once Ennis began his MAX run of the character. I remember reading this as a kid and thinking it was kind of silly and dumb, which is totally the point in retrospect. If you’re into this sort of thing, this book is that sort of thing that you’re into.

You’d probably suspect that the Punisher doesn’t work well on a team, and you’d be mostly right about that. But for a brief period recently he was a member of the bad-guys-turned-good group the Thunderbolts. I think the series really picked up steam when Charles Soule took over as writer, and it is genuinely fun to see Frank interacting with and trying to manipulate the other anti-heroes of the Marvel Universe to get them to kill the guys he really wants to kill. The main reason for including this book here is because the team also contains one Elektra Natchios, and they have some rather surprising moments together (hint: they hate bang… a lot).

And to end with one more Daredevil example we turn to The Devil in Cell Block D. This is the story immediately after Matt Murdock goes to prison at the end of the epic Bendis and Maleev run that redefined the character for years. Ed Brubaker and Michael Lark were left in the unenviable position of figuring out what comes next when the main character has just been locked up. It is overall a brilliant arc made that much better by how Frank Castle comes into the picture. This story is a prime example of how great the Punisher can be when used sparingly. As the finishing salt of the overall dish he works to heighten everything that much more without overpowering the food itself.

Obviously, there are loads more Punisher stories out there for the reading. Tell us about some of your favorites that we may have missed in the comments! And remember, “It’s not justice, it’s punishment.”