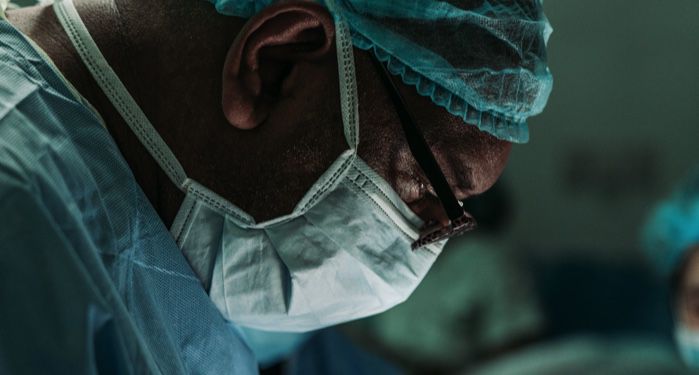 I’ll be honest: I cannot resist a doctor diary. I want to hear about all the weird medical things and how they all got solved, or didn’t get solved. I get sucked in before I really know what’s happening, and I’m addicted right away. Knowing the cogs and gears of the medical profession feels like a privilege at first. Forbidden knowledge.

But over the course of my adult life, my own encounters with doctors have made me increasingly uncomfortable with this genre. Did I enjoy A Thousand Naked Strangers? Oh my gosh yes! So interesting! Is it now the very first thing on my mind when a friend gets taken away in an ambulance? Yup. No matter how I parse it, I can’t see how the author of that book could have gotten consent from the patients he saw. Some of them were incapable of giving that consent in the end—one notably ended up convinced that his ambulance experience was actually an alien abduction.

I also think about this when I read The Man Who Mistook His Wife For A Hat and other Oliver Sacks classics. Books like this reveal what we all sort of know already: doctors, like other human beings, have opinions about their jobs and the people they work for, with, and beside. The myth that a medical professional could treat a patient without having an opinion is comforting, as is the delusion that you’re somehow one of the good patients. Maybe after you leave, the doctor will turn to a colleague and say, “there goes a person who’s really doing a great job with that thyroid issue.” But if they do, that won’t end up in one of these medical memoirs, in general. It’s not interesting enough.

It’s the tough cases that make it into doctor diaries. These are cases where the patient is little more than a leaf on the wind, and the wind is the traumatic hurricane of a physical or mental health breakdown. The wind is interesting. The way the doctor grapples with the crisis, a lone hero standing for the helpless against the forces of microbiotic nature, is interesting. But the leaf is often interchangeable with all the other leaves blowing in the same storm. Sometimes they’ve got some interesting color, but any “personality” usually must relate to the doctor’s struggle against their disease. You could almost have a doctor diary without a patient.

Even when a book is well-meaning and attempts to celebrate the patients who are both its medical and literary subjects, like Sacks often does and like Frank Vertosick does in When The Air Hits Your Brain, there’s a certain squickiness in the process of going from healthy person to sick body to entertainment. Ultimately, that’s what’s going on here: you’re being entertained. Atul Gawande is never going to teach you to be a surgeon via a work of popular nonfiction. Knowing that the doctor is aware of your lifelong music habit or the hopes that your parents have for you is nice, but it’s still being presented as a diverting story in a book.

And yet, you’re also being educated on how the medical community views and treats patients. These books detail the immense pressure that doctors exist under, as well as the fact that most of them do care about you, even if their main job is to care about your disease. It’s conceivable that this is comforting to prospective patients who find the medical community, dense with lingo and obviously stressed out at the best of times, an intimidating monolith. At its best, this genre could be a wonderful thing for someone who is scared of doctors.

Then I start reading This Is Going To Hurt and its sarcasm and obvious descriptions of foolish patients makes me queasier than the medical descriptions. Does it matter that details have been obscured? Do patients give up their right to not be thought of as idiots when they shamefacedly admit that they need help?

Ultimately, I think that there’s a spectrum to doctor diary intentions. On one end is the good of the patient-reader, who wants to know that their surgeon really does care about them and wants them to be well. I’m not sure what’s on the other end. Burned-out medical professionals blowing off steam, maybe. Readers who can’t imagine that they’ll ever be such nuts as to land in the emergency room with a marble lodged in their sinus and think it’s hilarious that people like that exist. Or me, already convinced I’m being judged, craving the catharsis of that devastating confirmation. Either way, I suppose doctor diaries aren’t going anywhere. They’re too magnetic. Even as I flinch, I can’t help but wonder what my GP might be thinking right now.

If you love medicine, we have books for you!