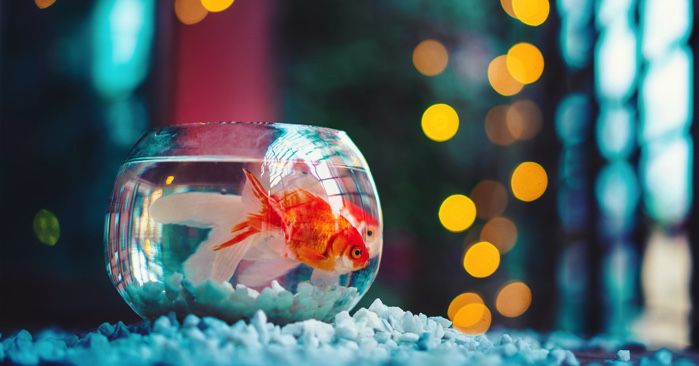 One of my favorite Buffy the Vampire Slayer moments is from the hilarious season 5 episode “Triangle.” It has one of the best bickering interactions in the entire history of the show. Willow is using items without paying for them, which technically is stealing. She is also undermining Anya’s authority at the Magic Box. Sorry, Willow fans, but it’s true. Giles had left Anya in charge of the shop. During Anya’s righteous rant, Willow exclaims, “You’re the Fish!” Anya, former vengeance demon that she is, responds with “What?” Which is fair. The last time she was a human was in the time of the Vikings, and Dr. Seuss wasn’t even a glimmer of a notion. I furrowed my brow as Willow went on to explain that she was like the Fish from The Cat in the Hat, basically insinuating she was being a downer.

When I watched that with my sister I turned to her and was like “But the Fish was right. They totally shouldn’t have left the Cat into their house. He wrecked everything.”

“You’re overthinking this,” she, being my sister, scoffed.

I still stand by this statement even after all these years. I commiserate with the little orange guy and will readily admit that I’m the Fish in most situations. I’m that nerd in teenage movies who says, “We shouldn’t sneak this beer, guys.” I’m the one in horror movies who is like, “Maybe breaking into the haunted asylum is a bad idea.” And you know what?

I mean, seriously, picture it. The kids are stuck inside and left alone on a rainy Saturday day. Let me first be clear; I’m not judging that their mother left them. She probably had to work and couldn’t find a sitter. The dad is apparently persona non grata. And we’ve all been latchkey kids at some point in our lives. I do side-eye the fact that the apparent authority figure was a Fish that was confined to a bowl. But, at least it’s somebody right?

The Cat in the Hat just barges in like he pays bills in that damn house. The kids just stand there shocked into silence at the sight of him. Which is kinda understandable. I’m going to say it’s the size and not the fact that he can talk—so could the Fish, and they seemed pretty okay with that. And while they may not have verbally invited him in, they sure as shootin’ didn’t verbally kick him out. The fish had to be the one to be the voice of reason, like, “Uhhh maybe let’s not invite this Wilt Chamberlain–sized feline with unique hat attire in when your mom’s not here? I don’t think she would like that at all.”

And the Fish was right.

First off, just to show how much fun he is, the Cat starts juggling a few items, including the Fish. Do the children react to what he is doing to their beloved Fish? No, they do not. They stand there completely devoid of emotion while he is being traumatized. And, of course, the Cat completely overestimates his juggling skills because all the items fall down, including the Fish. At least when he gets flung out of his bowl, he he has the fortune to land in a teapot.

Since the kids still aren’t defending their homestead at this point, the Fish doubles down and is like, “Dude you really gotta go. Look at all the damage you’ve done to our house.” The Cat continues to ignore what the Fish is saying, and responds, “I like it here. I think I’ll stay.”

Then he has the absolute and unmitigated gall to bring in Thing 1 and Thing 2. Now even I’ll admit that at first they seem fine. They get out out of their crate, because apparently that is their home. They walk calmly around and even shake the kid’s hands. Meanwhile the Fish, now stuck in his temporary teapot home, repeats, “This is a really bad idea.” And again he is ignored by the kids that had, up until now, trusted his judgement. And the Cat is like, “Oh they’re fine, they’re tame.”

Thing 1 and Thing 2 are, as it turns out, NOT well behaved, and they proceed to run like the blue-haired hooligans they are. They fly a kite in the house for goodness sake! They run in and out of all the rooms, including Mother’s new dress. In short, they run amok.

It’s at this point that the brother, who has been our narrator, snaps out of his stupor. He actually sees the absolute wreck the Cat is making of the house and says, “Oh I don’t think I like this at all.” Which would have been helpful like ten minutes ago as when he finally has this epiphany, their mother is walking up the sidewalk. And the Fish is like “Dude, she’s almost here.” They have to use a freaking butterfly net to catch the Things, since they’re still running around showing off the lack of home training that they have.

Does the Cat apologize at that? No of course not. Instead he says, “Oh you don’t like our game? That’s a shame.” So they finally kick him out, leaving the kids and the Fish to the chaos and damage that has been left. And, here is where the Fish is really freaking awesome. He could say, “If you had listened to me in the first damn place, this wouldn’t even be an issue.” Instead, he worries with them, wondering how they’re all going to clean up the mess before their Mother, in what is assuredly the longest walk in any piece of children’s literature, reaches the front door.

Okay, so yes, the Cat does come back and help clean up, spouting, “I always clean up my messes.” Which is all well and good. But he wouldn’t have had the opportunity to even screw up the house had the kids listened to the fish and kicked his furry behind out. And he flung the Fish around like he was a tennis ball. If I was the Fish, even after helping me clean up I’d have told the Cat, “That’s cool and all but you’re still about to catch these fins.”

Because let’s face it; it wouldn’t have been just the kids that got in trouble for wrecking the house. The mother would have been mad at the fish too. Even though he’s a Fish in a freaking bowl she left him in charge for some unfathomable reason. Here’s how I like to think it would have gone if she reprimanded him:

Mother: “Fish! How could you let this happen?”

Fish: *spins around in bowl* “What exactly would you have had me do, Margaret?” I don’t really know if that is really her name, but it is for the purpose of this article.

To recap: the house gets cleaned, the Cat and his crazy ass friends leave, and the kids don’t get punished in any way. That damn Cat in the damn Hat gets a lifelong legacy. Not only does he get a sequel, a cartoon, and a terrible live action movie, but he also gets a series of books and shows where he teaches kids various things about life. Absolutely no lessons were learned in this tale.

Meanwhile, the Fish is left with the lifelong label of being a wet blanket and a stickler for rules. Even though he was right and it was not a good idea to let the Cat in the Hat in when their mother was out.

Justice for the Fish.