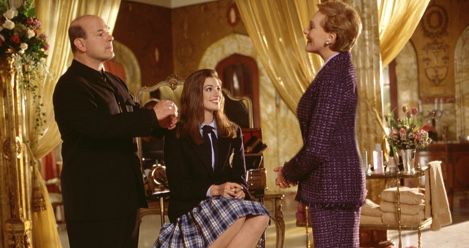 The Princess Diaries was published in October 2000, which means that it’s turning 18 this month. I want to celebrate Mia Thermopolis not just because her friends became my friends over 11 books (and several special editions) or because I have watched the movie a million times (and the sequel only once because Mia + Michael 4 EVER), but also for a weirder reason that I’ve never admitted publicly: The Princess Diaries was how I found the college I ended up going to. Since the book itself is now old enough to go off to college, it feels like the right time to tell this story. 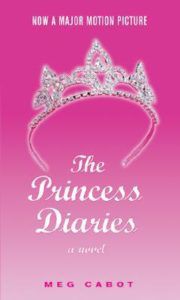 I was lucky enough to have the option of choosing several schools to apply to, but I found the whole process overwhelming. I remember getting so much mail from colleges. I had no idea where to begin. I don’t quite remember how this next part happened. Maybe I was avoiding flipping through The Best Colleges in the Northeast 2007 yet again and was rereading The Princess Diaries instead. Maybe a postcard from Sarah Lawrence jogged my memory. Maybe I just remembered one of the two schools Mia’s father wanted her to go to because I’d read the book dozens of times and typed it into Google to see if it was a real place. I might have been overwhelmed listening to what colleges my parents thought I should apply to, but I was more than happy to take advice from Mia’s father despite the fact that he didn’t tell her that she was a princess for 14 years. I did a lot of research after that moment, but The Princess Diaries was the catalyst. 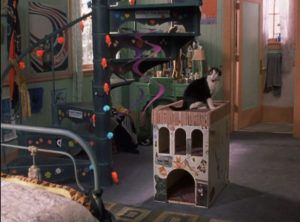 I recently reread the first book to make sure I had the details of this story right. I had forgotten how much I’d once wanted to be Mia. I tried to make my (lamentably loftless) childhood bedroom look like Mia’s bedroom in the movie. I begged my mom for a pair of Doc Martens, which I still think are the coolest shoes in the world but which I only wear a few times per year because they hurt my feet. I’m sure if I was brave enough to read any of my middle school journals I would find plenty of phrases that originated in Mia’s diaries.

It also reminded me of how much has changed in the world since then—if the book were written today I don’t think there would have been jokes about Michael planning to blow up their school as a senior prank. Mia lives, at least for a little while, in pre-9/11 New York. Her friend Lily’s mother talks about getting a beeper because the phone company can’t get them another 212 number for their modem. Early on, Mia describes her emotional outburst at learning she’s a princess as “Party of Five behavior.” However, Michael writes (in his “webzine”) about how the U.S.’s lax gun control laws put democracy at risk so there is plenty that it still relevant in spite of the multiple references to TV shows that place it in a very particular era.

Uh, I found myself thinking, was Mia the reason I started watching Buffy the Vampire Slayer, too?! I was a few years too young to watch it as it aired. How much of me is me and how much of me is Mia? What else did I “discover” because my awesome literary big sister had liked it first?

I feel like I’d better wrap this up before I develop a complex. So that’s the story of how Meg Cabot helped get me to college, how I acquired my most uncomfortable pair of boots, and why my childhood bedroom had so much stuff on the walls. Happy 18th, Princess Diaries!