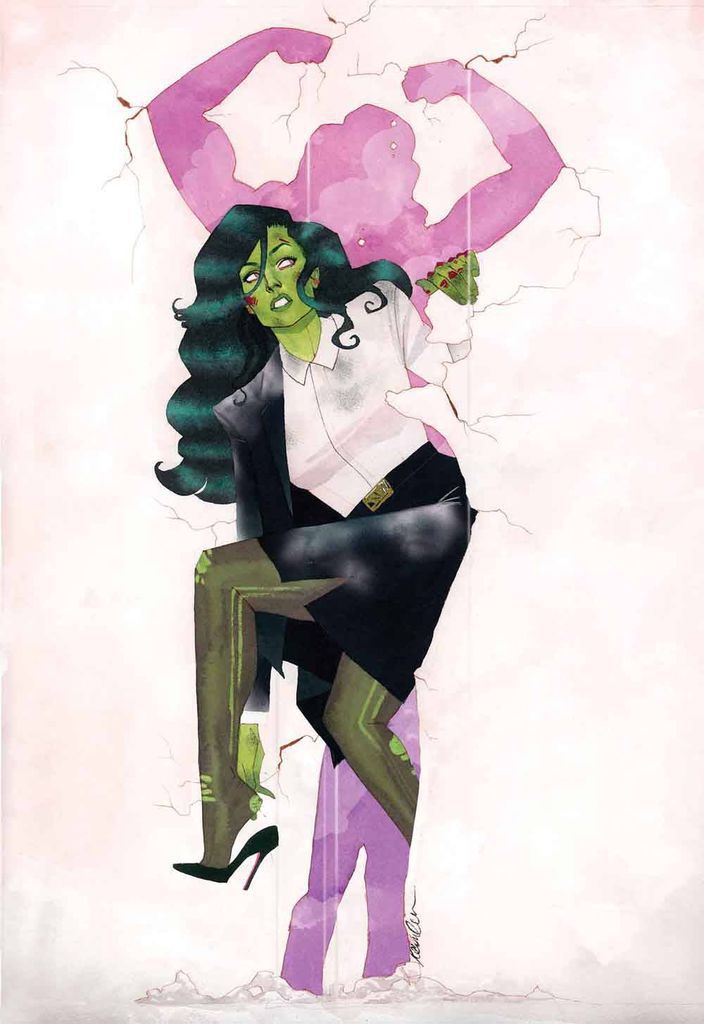 When I heard this news at my Comics Ladies group back in November, my heart sank. Great. One of the few solo female led titles at Marvel was getting canceled not even a year into its run. After the initial wave of frustration and disappointment washed over me, and as the rest of my group began ranting and bemoaning Marvel’s decision and raving about how good She-Hulk is (“She doesn’t deserve this! She deserves more!”) I got a sinking feeling of guilt in my gut.

Was this my fault?

Was this because I had decided to trade wait? Was She-Hulk no more because I hadn’t shelled out the $2.99 each month?

Over and over we are told by creators, publishers, and local comic shops that if we want a series to survive, we have to pre-order. Put our money where our mouth is! But buying a comic doesn’t ensure that we will get to see more of them, or even reach the conclusion of the story in a satisfactory way. And not all of us can afford to buy single issues of all the titles we are interested in and want to support. Some of us don’t have a local comic book shop or room to store hundreds of issues, so we buy digital comics, but apparently no one wants to count those sales.

If I walk into a bookstore and purchase The Summer Prince by Alaya Dawn Johnson because I want to support diversity in YA books, no one comes into my house six months later to say “Sorry, sales for this book weren’t as strong as we wanted, so instead of the planned ending the author had in mind, here is the new, short, quickly tied-up ending. And we’re still keeping all your money.” Is there any other industry who runs a business like this? Television shows rely on ratings for renewal, sure, but ABC isn’t asking me to give them $20 and they’ll think about maybe renewing Agent Carter for a second season (WHICH I WOULD DO ABC I CAN PAYPAL YOU MONEY TOMORROW IF YOU GUARANTEE ME MORE AGENT CARTER).

Where is the pressure on Marvel to support the titles they have? Maybe instead of announcing titles and canceling them before a vast majority of your readership can discover them via trades or Marvel Unlimited, there could be more limited runs (like Young Avengers). It would make it easier and less intimidating for new fans to jump in and enjoy. Give us 12 issues of Spider-Gwen! Support the team and give them the ability to tell a complete story without the looming threat of cancellation.

So what do we do? I don’t have a complete answer or a solution to the problem. I’m only one person. I cannot single-handedly save the comics I love that are struggling. The fault lies not with one person who didn’t buy a title, but on the entire system. And the system is screwed up. But until we figure out a solution, you’ll find me in my local comic shop Wednesdays, picking up a copy of the newest Captain Marvel, The Unbeatable Squirrel Girl, and Ms. Marvel, hoping my $3 helps give them the chance to tell their whole story.