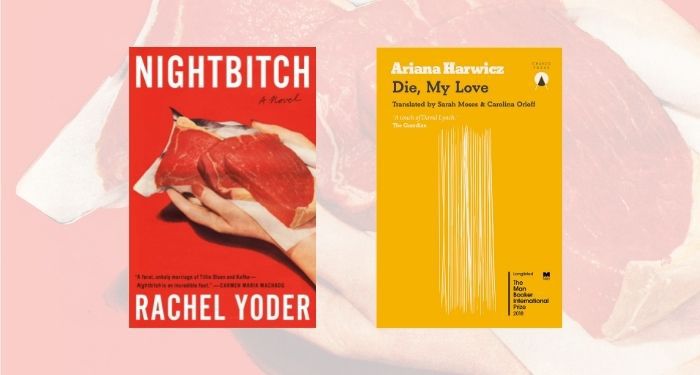 Regret has often been weaponized to push women into the institution of motherhood, regardless of their preferences. The cultural assumption that motherhood is synonymous with unadulterated joy excludes the possibility of how a lot of women might even be averse to it. In Sheila Heti’s Motherhood, her protagonist takes on the role of an interrogator and poses the question of whether a child is a curse disguised as a blessing. Women are rarely allowed to exercise their free will over their own reproductive health and are mostly coerced into socioculturally sanctioned models of womanhood.

Drawing reference from Heti’s aforementioned quote, it’s only logical to conclude that the obligation to mother and nurture is not equivalent to ‘female nature’ but our society’s parochial definition of femininity. While changing how our society has been wired overnight is a pipe dream, contemporary fiction has started the much-needed conversation around the multidimensional nature of motherhood. Thanks to contemporary fiction writers, the naturally self-sacrificing, patient, and martyr-like figure of a mother is getting debunked. Instead of oscillating between the two extremes — Madonna-esque pure and asexual or pop culture’s stereotype of a hypersexual “MILF” (Mom I’d Like to F*ck), contemporary fiction humanizes mothers by shining a light on how motherhood has become an exhaustively public enterprise where there is little to no chances of autonomous decision-making.

Rachel Yoder’s Nightbitch is a Kafkaesque meditation on the monstrosity of motherhood. The protagonist, an artist turned stay-at-home mother, has become a shell of her past self after having to raise a baby without any assistance from her husband. The mundanity and irreversible physicality of motherhood, her husband’s perennial absence, and fellow mothers who seem to fall into the rhythm of motherhood naturally take a toll on her, and she fails to find fulfillment in this highly unfulfilling exercise. Despite her extreme love for her child, she grieves time and again for the loss of self that often is a side-effect of motherhood. Her rage turns her into “Nightbitch” and she finds refuge and liberation in this transformation.

The idyllic reality of motherhood glamorized by popular culture and her actual lived experiences never get reconciled. Yoder portrays motherhood’s complex and shifting nature as something that cannot be fathomed or articulated in terms of the psychological rules of our universe. Her canine sensibilities help her reconnect with the artist lying latent within her. She makes art out of the grotesque and the surreal, thus succumbing to and acknowledging humanity’s baser impulses and in turn representing the ineffable experience that is motherhood. If you are new to horror and have enjoyed Nightbitch, you should definitely check out Come On In, The Horror’s Fine: Horror Books For Beginners, and A Love Letter To The Only Good Indians By Stephen Graham Jones.

Ariana Harwicz’s Die, My Love is another exemplar of the sub-genre of motherhood horror. The protagonist’s irritability, impatience, fright, and confusion define what’s it like to be a mother. She swears at her child and prefers to be outside kicking at the air to not have to deal with her family. She is a “nutcase” and “someone beyond repair.” This raises the question of why ‘insane’ is the default label women get when they refuse to succumb to cultural expectations. She revels in lust and subtle acts of violence and not maternal instincts. Her husband’s lack of libido makes her wonder if domesticity has to come at the cost of satisfaction, sexual or otherwise. Her infidelity and madness become acts of rebellion against the social pressure of having to let the self get consumed by the needs of the child.

Harwicz has deftly dived into the senseless brutality that motherhood unleashes upon a woman. The dichotomy of the conflicted self comes alive in her dilemma of whether to give in or get rid of her inner demons. Will she embrace chaos or turn into a mother in the conventional sense? Harwicz urges the readers to ponder on why these are the only options available to women.

Motherhood, and so are mothers, are a hodgepodge of contradicting traits — a blend of terror, love, hate, fear, rage, and myriad other indecipherable emotions. While happiness sure can be a part of this equation, it’s not the only defining factor. Contemporary fiction is letting mothers embrace and celebrate the motley crew of feelings and personalities that constitute them. Women can now feel a kinship with their fictional counterparts and a sense of community as the struggle is not theirs alone.