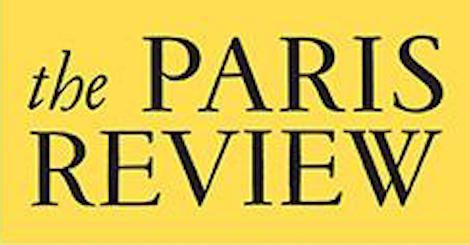 To say I have a relationship with The Paris Review would be not so much an exaggeration as an outright lie.  I subscribed briefly and own about 6-7 issues. Mostly I read what’s offered online. I enjoy the interviews, less so the fiction – the main draw for me has always been its design. I’ve a BFA in illustration and am drawn to pretty things with a romantic literary past. The Paris Review checks off those boxes. I’ve even toyed with the idea of starting a collection of old issues entirely because of how they’d look on my bookshelves.

For content, I’ve always been more of a New York Review of Books kinda girl — ever since receiving my first subscription as a gift over a decade ago and despite the shocking lack of female reviewers featured in its pages. I enjoy the focus on non-fiction and politics. But with the passing of Robert Silvers, one of the two founding editors (his often overlooked co-editor, Barbara Epstein, died in 2006) I’ve lost some of my enthusiasm. The appointment of Ian Buruma, who I realize is an excellent writer and assume is just as excellent an editor, was a bit of a letdown. It seemed a complete no-brainer that they resume the practice of co-editorship after Silver’s death. THAT could have opened up some interesting possibilities. That might have allowed the Review to evolve. And yet they didn’t. Instead they went with the most obvious choice. So obvious that no one expressed any surprise.

I’ve been following the news about The Paris Review’s search for a new editor after the inglorious departure of Loren Stein amidst sexual misconduct allegations with a lot of interest. The Vulture article reporting that they were interviewing primarily women candidates was a happy surprise. And the announcement, just this week, that they’ve selected Emily Nemens is probably the most exciting news I’ve heard on the Literary Journal front since The Sewanee Review named Adam Ross their new editor in 2017 and he revamped the look of that literary journal. (Because I find literary journal re-design news exciting and, yes, I just now realized how small and potentially sad a group I am in).

Why is Emily Nemens exciting?  Well, contrary to what the press seems to be reporting, she is not entirely an outsider. She lived and worked in NYC until 2011.  At which time she moved to Baton Rouge to work for The Southern Review, a literary magazine begun in 1935 by the writer Robert Penn Warren. She became one the journal’s two co-editors in 2013. Jessica Faust is the other. The Southern Review has under her co-tenure published new voices in fiction and poetry, striven for gender parity and had its work nominated for (and win) Pushcart Prizes.

She’s also a writer and illustrator. Her writing has been featured in n+1, Esquire and The Gettysburg Review. She published a digital chapbook in 2014 titled The Butcher Papers, which you can buy on her website.  She created the Women of the 112th on tumblr, which features her illustrations of female politicians. She has an active twitter account with (as of 4/7/2018) only 2,473 followers. One of her illustrations was recently used on a tote bag for the Delta Mouth Literary Festival in Baton Rouge.

Not every day does one of your weird lil mouth paintings become part of a great tote/awesome fest. @DeltaMouthFest pic.twitter.com/akME6b7aFK

Emily Nemens looks like someone who is going to shake things up. She’s already proven herself to be smart, talented, creative and unafraid… not to mention irreverent. She has lived in New York City and experienced the literary world outside of Brooklyn and Manhattan, which is not a combination you find as often as you would think in the New York literary scene. How she brings all of this into the pages of The Paris Review – a literary journal which has been trapped in a kind of mid-century nostalgia inspired by Hugh Hefner and channeled by the television series Mad Men – is going to be a delight to watch. For what it’s worth:  I’m renewing my subscription today.