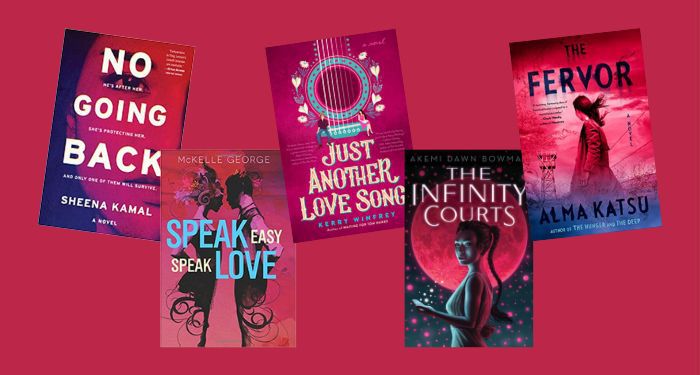 Since about 2014, I’ve always kept an eye on Pantone’s Color of the Year. I like this idea of a color defining or giving shape to an upcoming year, much in the way I like thinking not about resolutions but about words or phrases as a means of organizing the next 12 months. Over the years, I’ve found some Pantone Color of the Year choices to be excellent — 2018’s Ultra Violet was great, as was 2019’s Living Coral — while other choices have left me really underwhelmed — the choice of Gray and Yellow for 2021 felt a little bit too much like a 2011 Pinterest Wedding Board to me, and the choice of 2020’s Classic Blue just…boring. It’s neat to see where and how these colors do or don’t trend throughout the year. What can we expect from the Pantone’s Color of the Year 2023, Viva Magenta? It’s a bold, energetic blend of red, purple, and pink and, in my opinion, one of their best choices. It’s a very alive color.

Keeping Viva Magenta in mind, I thought it would be fun to create a palate of books across genres, voices, and categories that utilize the color (or something very similar to it) as the focus of the book cover. This is your roundup of Viva Magenta book covers. Grab one or several and read your way through the Pantone color of the year. I definitely plan to grab some of these…and maybe a notebook in this vivid color, too.

I’ve tried to credit cover designers where possible. This is the regular plea for publishers to put this information right on your landing page for each of your books to give the credit where it’s due.

You’ll notice something interesting here, as I did while poking around for these covers: Viva Magenta is a VERY tough color to match. Because it has a range of tones, even the swatches for the color are different, one being more pink and one more purple. Your screen resolution will make a difference here, and in some cases, the cover’s take on Viva Magenta goes more one direction than the other. The effect, of course, remains. 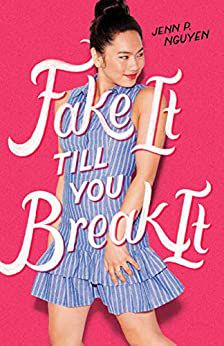 This fake dating YA romance follows Mia and Jake, who’ve known each other their whole lives. Both of their mothers, who are best friends, think they are the ideal couple. Mia and Jake, however, do not have any interest in each other. To get their moms off their backs, they hatch a plan: pretend to be dating.

Of course…maybe those pretend feelings aren’t so pretend after all. 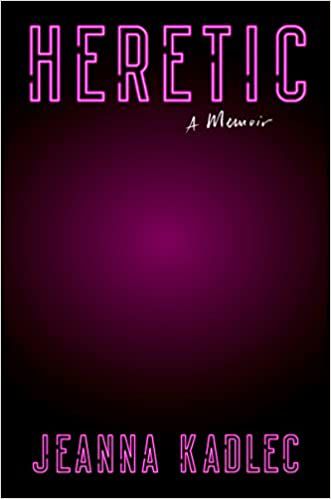 This one falls in the range of Viva Magenta, particularly the spot in the middle, so it’s being included.

Kadlec’s memoir is about leaving the Evangelical church, breaking free from her “nice Midwest” roots, and coming to terms with all of who she is: a queer woman on a mission to build community. This is an especially potent read for any millennial questioning their faith, what it is they believe, and the institution of religion more broadly. 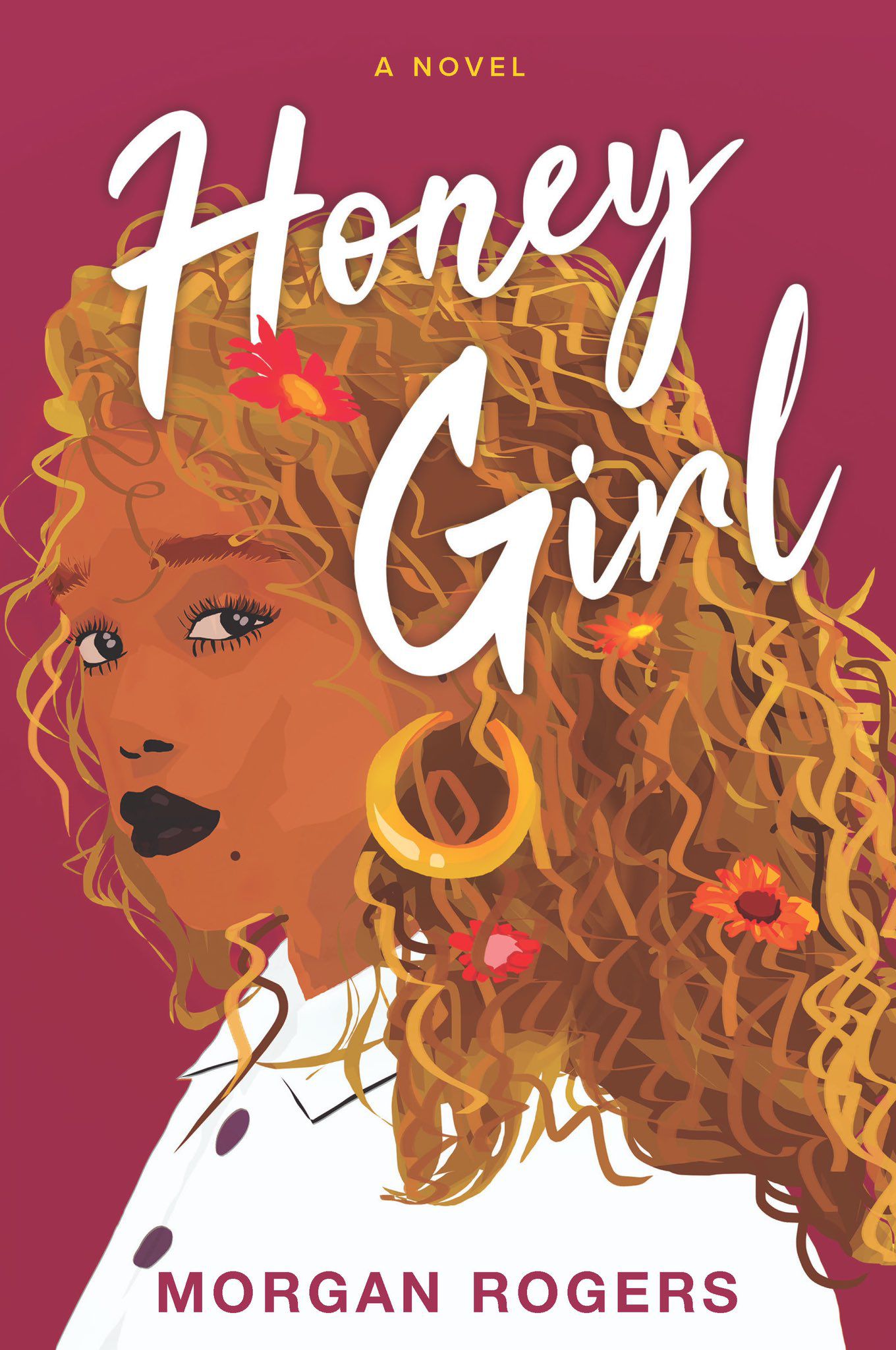 28-year-old Grace has always followed the rules and been the high-achieving, parent pleasing child. But she’s just finished her PhD program and decides to celebrate in a very un-Grace-like way: taking a trip to Las Vegas, then getting married to a woman whose name she cannot remember. Worried about the consequences at home and stressed about her future, Grace throws caution to the wind to leave Portland and move to New York City with her new wife to figure it all out. 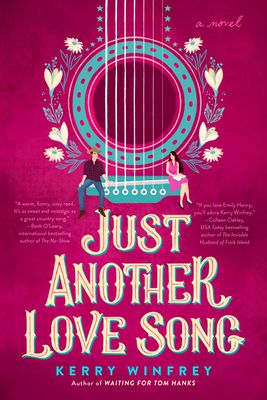 This small town second chance romance follows Sandy, who saw herself making a life outside of her hometown in Ohio as an artist. She’d even have been happy to do it with Hank, her high school sweetheart. Life didn’t work out that way, though, and Sandy’s stayed behind and now, 15 years later, helps her parents at their bed and breakfast between shifts at her successful greenhouse.

So when Hank comes back into town with his son, a famous alt-country singer, Sandy may just find herself falling back in love with the one who got away. 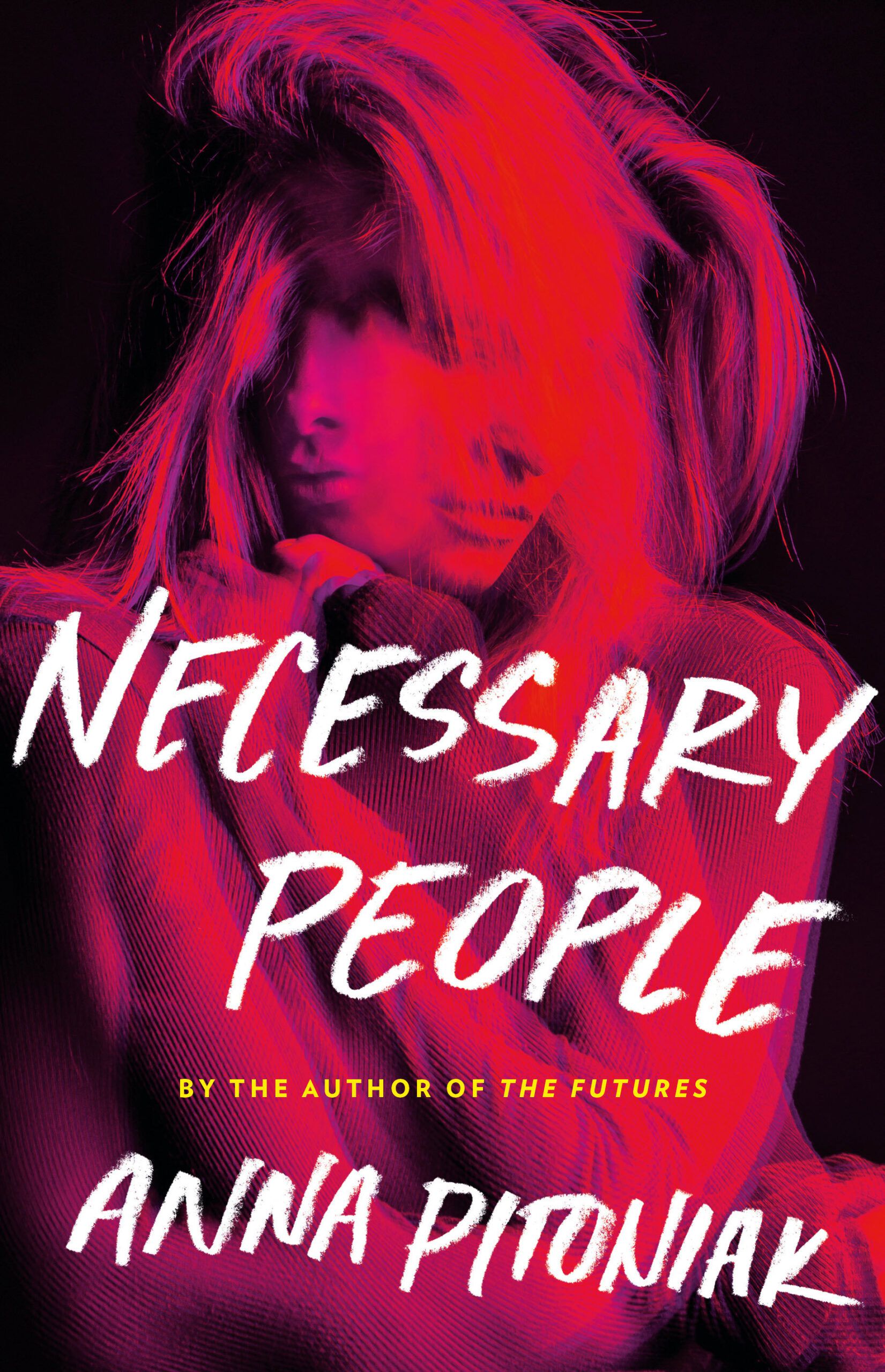 Looking for a book about an intense friendship that could use some good boundaries? Look no further.

Stella and Violet met in college and it was an instant click. Stella is the party girl, always the center of attention, while Violet is the quieter one, often cleaning up the messes of her bestie. Once they graduate, Violet begins working herself to the bone at a New York cable news channel. She’s building herself a powerful career, one where she gets to be center. But Stella doesn’t like that and decides she deserves to keep being the center of their red hot friendship…and she takes on a job at the same network, intensifying their relationship. Just how far will either of them go to come out on top? 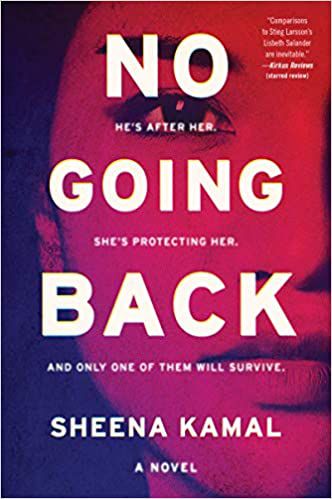 No Going Back by Sheena Kamal

This is the third book in a thriller series following Nora Watts and in this entry, Nora is desperate to save the life of the now-teenager daughter she gave up for adoption. To do so will require uncovering a shadowy cabal with the help of a former cop, an eccentric ex-playboy, and her own gumption. This book takes place globally, so you’ll get some traveling in from the comforts of your couch. 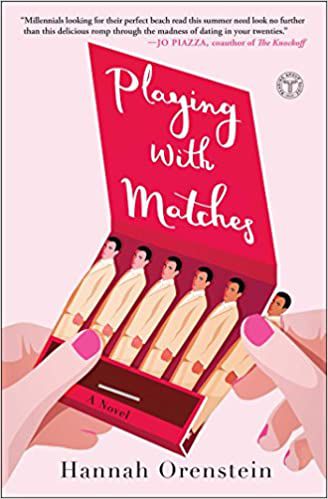 Playing With Matches by Hannah Orenstein

Sasha’s got a journalism degree, her dream job, a fabulous New York City apartment, and a sweet boyfriend. Everything is perfect…until it falls apart. Now Sasha’s taken a job as a matchmaker for the city’s most elite people. She’s been able to track down some cheaters and liars, and even though that part is sometimes important, her real heart is in finding those picture perfect love connections.

When Sasha’s own relationship comes to a crash, what happens when she begins to catch some feelings with a client? 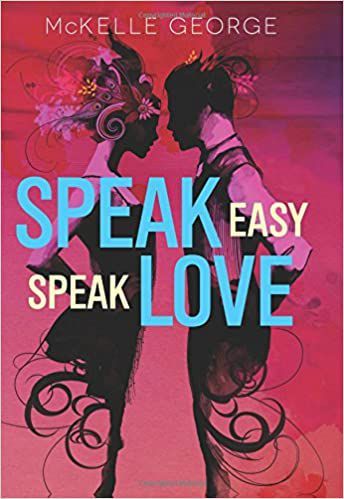 After she’s kicked out of boarding school and sent to live at her uncles estate, 17-year-old Beatrice learns that her summer will be anything but usual. First off, the estate has within it a struggling speakeasy run by cousin, and along with several other misfit teens, Beatrice and her cousin decide to throw an epic party to help save the business.

This is a funny, clever take on Shakespeare’s Much Ado About Nothing. 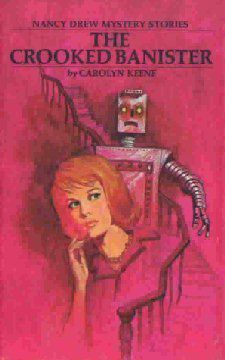 The Crooked Banister by Caroline Keene

My new favorite book cover of all time. That’s it. What more do you actually need to know about this Nancy Drew entry? 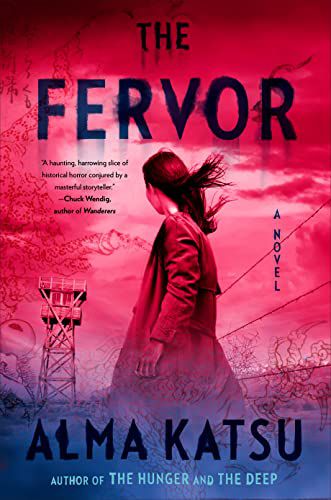 There is more than one horror book on this roundup, and something about a cover for a terrifying book being rich magenta adds a layer of chills.

Meiko Briggs and her daughter, Aiko, are in a Japanese internment camp and desperate to get home. Considered threats to the U.S. government during World War II, their actual citizenship doesn’t matter.

Things go from bad to worse as disease breaks out and now, the mother daughter duo are teaming up with a news reporter and a missionary to get to the bottom of what’s going on. What they did not anticipate was coming face to face with a horrifying demon or two. 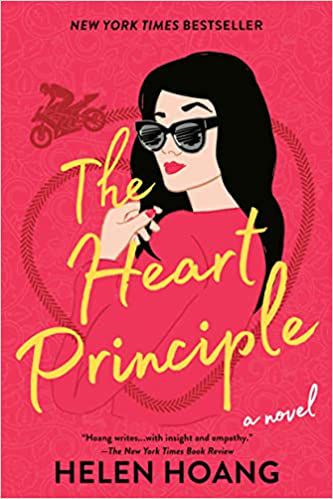 Anna Sun achieves the successful attention she’d dreamed of with a viral YouTube video of her violin playing. But all of the work to get there creates massive burnout, and it’s made harder by her long-time boyfriend suggesting they embark on a more…open relationship.

Refusing to be hurt, Anna embarks on just that: getting involved in as many flings and one night stands as she can to not fixate on all of her own challenges. But as luck would have it, she might actually be falling for one of those partners. And when something horrible happens in Anna’s family, it’s Quan who really steps up to help set her on the course of a stronger, more composed self. 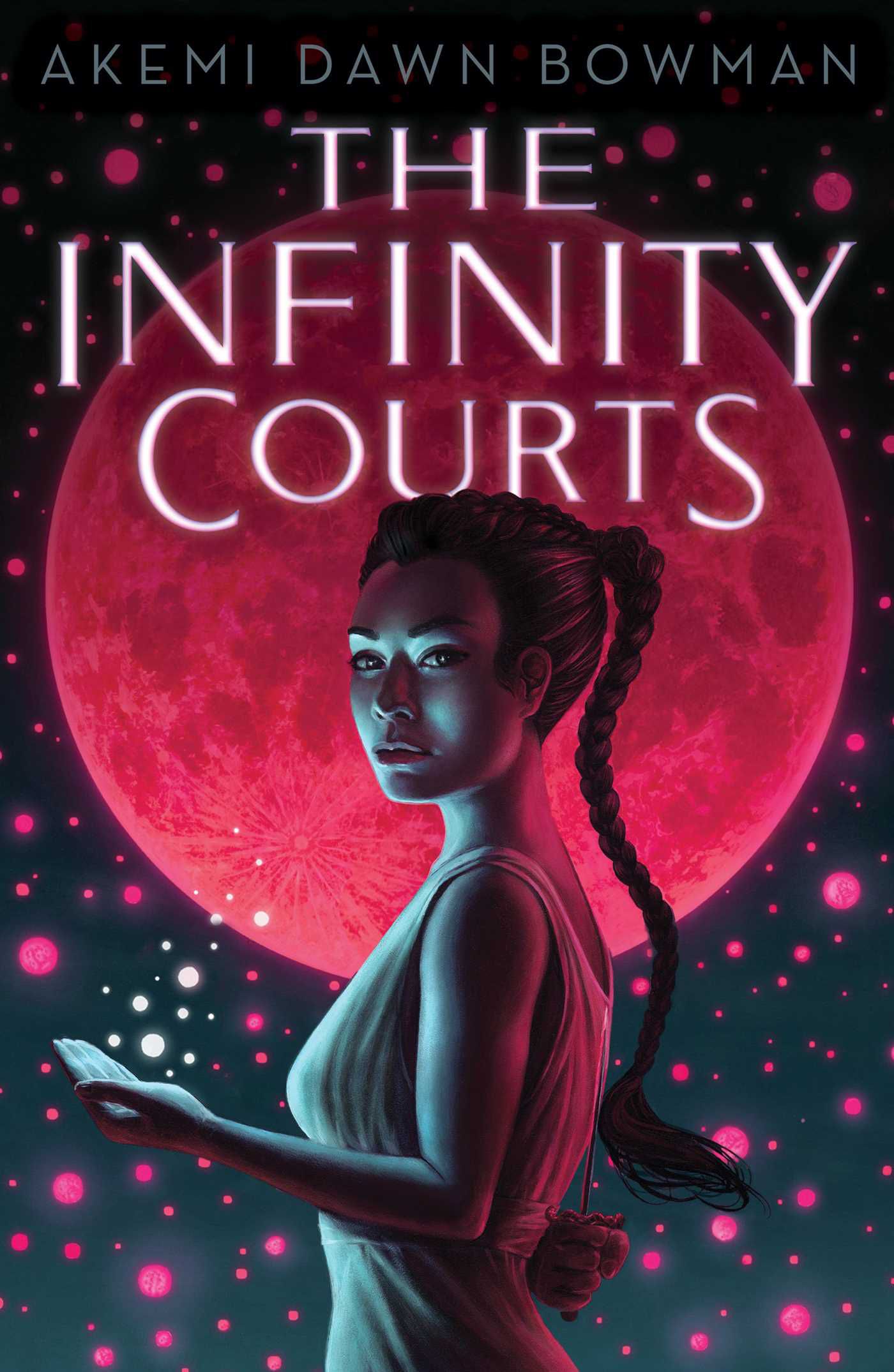 The moon here might be the perfect representation of Viva Magenta of all the covers. This book is the first in a duology.

Nami Miyamoto is 18 and just graduated. She’s on her way to a class party when she’s murdered. Nami wakes up in Infinity, which is where human consciousness goes once the physical body dies and she learns that Ophelia — a virtual assistant used by humans still alive — is taking over the afterlife and has a mission to kill off human existence once and for all.

Nami and a team of fellow rebels are now in charge of trying to take down Ophelia to save human existence. 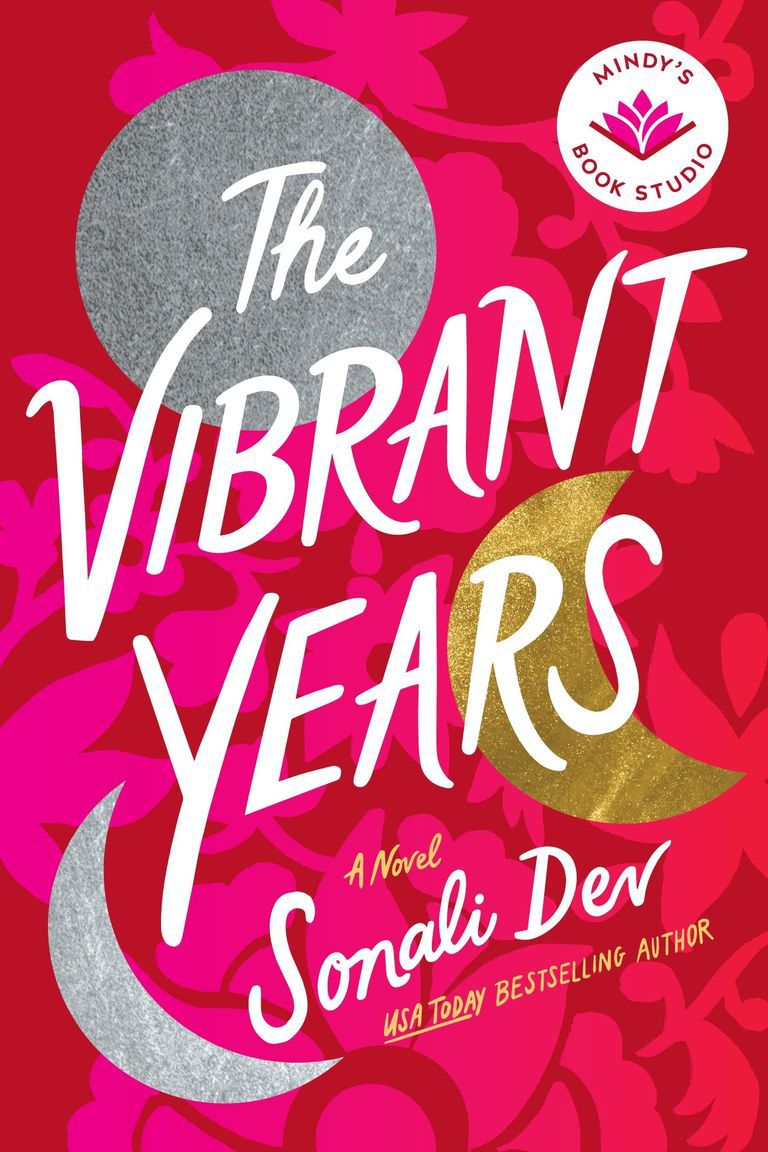 If you’re looking for a fun and heartfelt intergenerational novel, here you go! Bindu Desai, who is 65, just inherited a million dollars. That windfall might cause a secret from her past to emerge, which makes her nervous. She decides to spend the money on a condo in a posh Florida retirement community.

With Bindu is her daughter in law Ally, who divorced Bindu’s son years ago but has continued to live with her. The decision to move is one she’s surprised by, but might be one she can use for leverage at her job.

Enter Ally’s daughter. She’s about to lose her business if she doesn’t come up with the next great idea. After all, she is supposedly a tech genius. The investors want the slapped together dating app idea she came up with, and now, Cullie is panicking.

Three generations of single women are now going to figure out how to save each other’s jobs, secrets, and themselves. 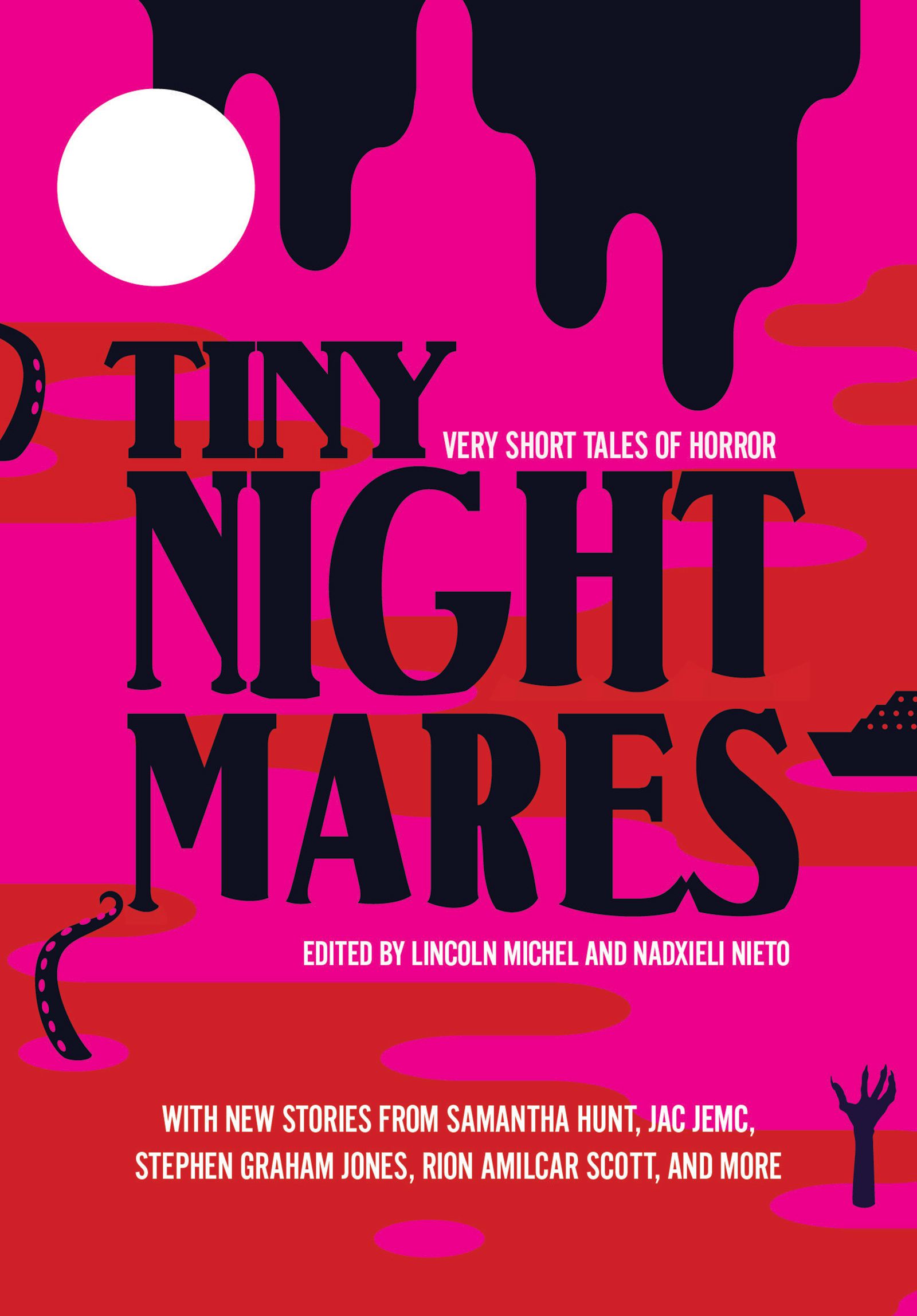 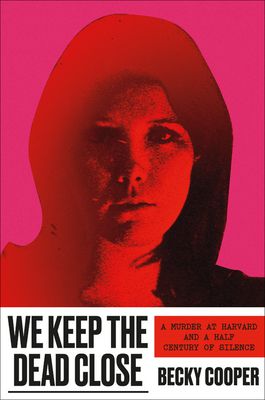 We Keep The Dead Close by Becky Cooper, Cover Designed by Alex Merto

If you like books that blend true crime with memoir, dig into this story of Cooper’s work to unravel the story behind the murder of Jane Britton. Britton was a 23-year-old grad student at Harvard in 1969, and when Cooper entered the school, she’d heard that Britton was murdered because of an affair with one of her professors. Not only was that not true, but Cooper unearthed even darker stories of sexism and the silencing of female victims within the halls of a hallowed academic institution. 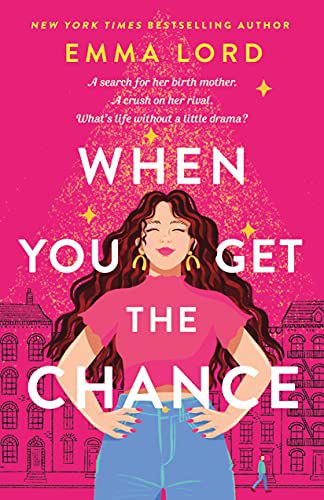 When You Get The Chance by Emma Lord, Cover Design by Kerri Resnick, Cover Art by Mar Bertran

This book follows Millie, raised by her single father, on her search to find her mom…which begins with her finding her father’s embarrassingly emotional LiveJournal from 2003. Lord’s book is about love, dreams of Broadway, and making anyone who is above the age of 30 extremely uncomfortable thinking about dad’s 2003 LiveJournal.

Want some more Pantone color fun? You’ll want to check out these posts: