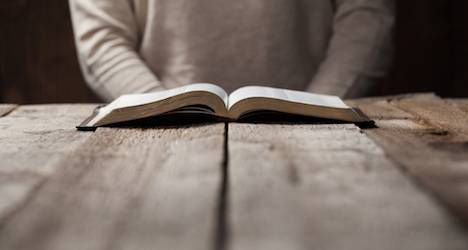 Would you read a book written by a ghost and psycho-translated by a medium?

Sounds bizarre, I know, but in Brazil, the market for spirit-authors is actually quite large. Spiritists – believers of the spiritism religion that has been described by its creator Allan Kardec as “a doctrine founded on the existence, manifestations and learning of spirits” – are the fourth largest religious group in Brazil, comprising of almost four million people, according to the last census in 2010.

Spiritism was originally created (or psycho-codified) in France by Allan Kardec in the 19th century, but curiously, the biggest group of spiritism followers is located in Brazil. Kardec psycho-translated five books (The Spirits’ Book, The Mediums’ Book, The Gospel According to Spiritism, Heaven and Hell  and Genesis: Miracles and Predictions According to Spiritism) that are the basis of the religion and used a lot of scientific language and methods to add credit and veracity to his writings. Kardec claims the first book was written after several dialogues on Christian morality, science, religion and philosophy between him and different spirits took place; these discussions brought to light values Kardec had to spread the word about. These included a massive emphasis on “Love Thy Neighbor,” the importance of charity work and the goal of improving human morality.

According to Spiritism gospel, the improvement of humanity’s morality is accomplished through reincarnation. Essentially, the kinder and nicer you were in your past life, the better your life will be this time around. If you weren’t a very nice person in your past life, your life today will be one of misery and poverty. Spiritism is also known for a large amount of charity work that includes millions of people across several countries; charity is seen as a type of salvation and repentance tactic.

Because of Kardec’s scientific approaches, some spiritists don’t see Spiritism as a religion, but as a scientific-philosophical-religious axis that focuses on improving the morality of humanity and believes in paranormal manifestations of spirits. I understand all of this might sound a little ridiculous, but Arthur Conan Doyle and Victor Hugo would disagree with you.

Did Kardec know his French-published books – all similarly written through alleged conversations with spirits – would eventually result in a booming spirit-written book industry in Brazil? Probably not: how could he possibly know that Brazil would be the home of the next great medium and philantropist of Spiritism, Chico Xavier?

Xavier’s story is pretty incredible even if you don’t believe in the paranormal. Born to an extremely poor family, Xavier first showed medium-like skills when he was four years old. His mother died when he was five, and so he was raised by his godmother Rita de Cássia who used to verbally and physically abuse him. At 17, he discovered Spiritism and understood that he had been seeing spirits all this time.

By the end of his life, Xavier had psycho-translated 450 books, sold over 50 million copies and until today is the top Brazilian author in terms of commercial success. All the profits made from his books were directly donated to charity: to support himself, he worked as a salesman, a weaver and a typist.

Xavier was a Brazilian hero: in 2012 he was voted Best Brazilian in an award run by Brazilian broadcaster SBT. Even if his skills were disbelieved by many, his philanthropist practices were obvious to everyone: he didn’t keep a penny of what he made from the books he psycho-translated and was generally accepted as a person with morals who upheld goodness and kindness.

He psycho-translated thousands of letters from dead relatives to his followers, never charging for the communication. His reputation was so large that letters psycho-translated by him were used in a murder trial and were key evidence to find two of the defendants not guilty

He used to tell friends and family that he would die on a day where the whole of Brazil was happy. Indeed, he died when he was 92-years old, on June 30 2002 – the day Brazil won the World Cup.

Today, Spiritism is still going strong in Brazil and many attribute that to Xavier’s life and works. According to scholar Marcelo Camurça, the religion is very common along liberal professionals and the middle class because it “demands reading and learning.” Leandro Sarmatz and Alceu Nunes argue that Spiritism is so popular in Brazil because it found “fertile ground for the majority of its principles.” They explain:

“A very Brazilian mixture of Catholic beliefs inherited from Portugal, adoration of the dead and indigenous and black religiosity helped stretch the reach of the faith.”

But I suppose the question that still lingers is: What do ghosts write about? Do they write swashbuckling novels about pirates or are they super into science fiction? Unfortunately, the answer is neither: Spiritist books are generally fables that teach lessons about the Spiritist faith. They talk about being good, kind, and volunteering your time for charity. Some of the stories are good and don’t really have a moralistic tone, but I have read some that are really annoyingly preachy.

I grew up learning about Spiritism through my mother, who sometimes went to Spiritist congregations, and some of my friends who were of the Spiritist faith. I have read a few psycho-translated books and read the biography of Chico Xavier. If you asked me if I find this bizarre and ridiculous (as I am sure I will be asked when this has been published), I would tell you I don’t find it bizarre or ridiculous. I find it extremely interesting and I suspend any need to confirm if these stories  – both regarding Kardec and Xavier – are completely true or completely false. I don’t really care to know or to debunk: I enjoy the mysterious aspects of both of their lives.