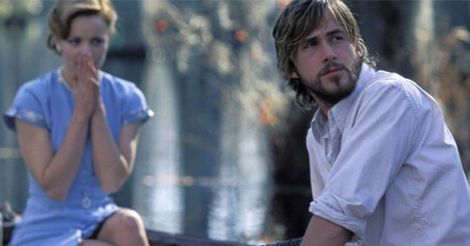 British fans of sadness, tragedy, and sobbing fits have been tweeting their disapproval after discovering that Netflix in the U.K. is streaming an alternate cut of The Notebook. What’s the big change?

For five years Hugh Ryan has been hunting queer ghosts through the streets of Brooklyn, amid the racks of New York’s public libraries, among its court records and yellow newspaper clippings to build a picture of their lost world.

The result is When Brooklyn Was Queer, a funny, tender and disturbing history of LGBT life that starts in an era, the 1850s, when those letters meant nothing and ends before the Stonewall riots started the modern era of gay politics.

“The book is studded with the stories of Brooklyn-based A-list gays of yesteryear”—sold!

Beyond the lush rendition of the lopsided but loving employer-employee relationship, the political turmoil of the 1970s in Mexico, and Yalitza Aparicio’s soulful turn as Cleo, Alfonso Cuarón’s Oscar-winning Roma beguiles in its exacting recreation of its setting, Mexico City’s Colonia Roma. While the film offers the neighborhood as it was in Cuarón’s childhood, details such as the virtually constant soundscape of vendors, buzzy streets, dogs, and dog poop remain recognizable today.

7 books to read after watching Roma that are set in Mexico City.