Last year, I spoke with 101 Nights translator Bruce Fudge. (And thank you for noticing, but I’m not missing a zero.) 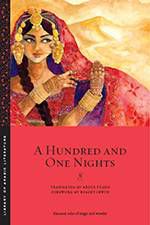 Fudge is a Geneva-based scholar and the author of Qur’anic Hermeneutics: al-Tabrisi and the Craft of Commentary (2011). Although that text is undoubtedly fascinating, Fudge told me he reached a point when he wanted to take a break from Qur’an commentary and “read all the things that religious scholars told you not to read.”

Among these guilty-pleasure reads are the 1001 Nights, the 101 Nights, and other popular stories. These are not oral folktales, or 15th-century TV. These are guilty-pleasure texts, written in a “Middle Arabic,” that you could ask a scribe to copy out for you, if you had a few extra dirhams. If you didn’t have the extra dirhams, or had already spent them on a medieval cookery book, you might still be lucky enough to live in a city with good services. If so, you could check out a manuscript from your library.

You know those fifteenth-century librarians…

Unfortunately, I don’t know whether 15th-century librarians would’ve looked down on your choice of manuscript. But I hope at least some would’ve sadly wagged their heads and suggested it would be better if you took something more improving, like a text by Ibn al-Jawzi mayhap?

Fudge, who’s a fan of the mysteries of P.G. Wodehouse, said in our interview that the 101 Nights “is a lot like genre fiction, and it’s there for no other reason than to entertain us, and entertainment requires a certain kind of talent.”

Also, in the short space of 101 nights, this collection gives us such a range of genres—we’ve got adventure stories, we’ve got love stories, we’ve got miniature versions of the popular epic. We have travel tales. One of my favorites is the last one, which occurs only in the manuscript that I used as a base, and it hinges around the use of a particular verse of poetry. The classical literature is full of these sorts of tricks where people send messages via poems. Here we have a fast-paced story that anybody can enjoy using the same sort of advanced literary tricks.

It wasn’t just religious scholars who looked down on the Nights. Then as now, many important scholars and literati tsk-tsked the readers of these fast-moving fictions. The core readers of these tales, Fudge surmises, were the literate merchant class, although he believes the literati probably enjoyed them on the sly.

The tip of the iceberg (to use a totally inappropriate metaphor) 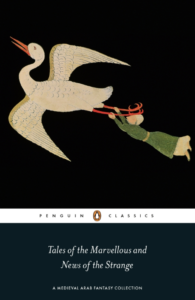 There are many other such manuscripts hidden away in various libraries, Fudge said. Those we know so far are the 101 Nights, the 1,001, and Tales of the Marvelous and News of the Strange,  translated into English by Malcolm Lyons. But these are just the “tip of the iceberg.”

These sorts of stories weren’t the only popular genre literature circulating among Arabic-language readers during late-medieval times. “From about the 15th or 16th century, when we have instances of religious scholars complaining about this type of lousy literature, there’s a shift: They don’t mention the 1,001 Nights so much any longer, they mention a genre called the popular epic,” Fudge said. “These are things like the story of Antar, the Sirat al-Zahir Baybars. From the 15th, 16th, and 17th century, when people criticize popular stories, they usually mention those types of stories much more than the Nights.”

The epic The Adventures of Sayf Ben Dhi Yazan has been translated by Lena Jayyusi and was published by Indiana University Press. Although Amazon curiously lists this as for “preschool and up,” it’s certainly a book for adults.

There’s more to come: Melanie Magidow currently has an NEA grant to translate the popular epic Sirat al-Amira Dhat al-Himma, and she writes about the Arabic epic on her website. “I hope that it will appeal to a broad audience, as it features fight scenes, love scenes, warrior women, and vibrant storytelling.”

The Library of Arabic Literature team is also collectively translating the Dīwān ‘Antarah, headed up this time by LAL Executive Editor James Montgomery.

Tales of the Marvellous and News of the Strange, translated by Malcolm Lyons