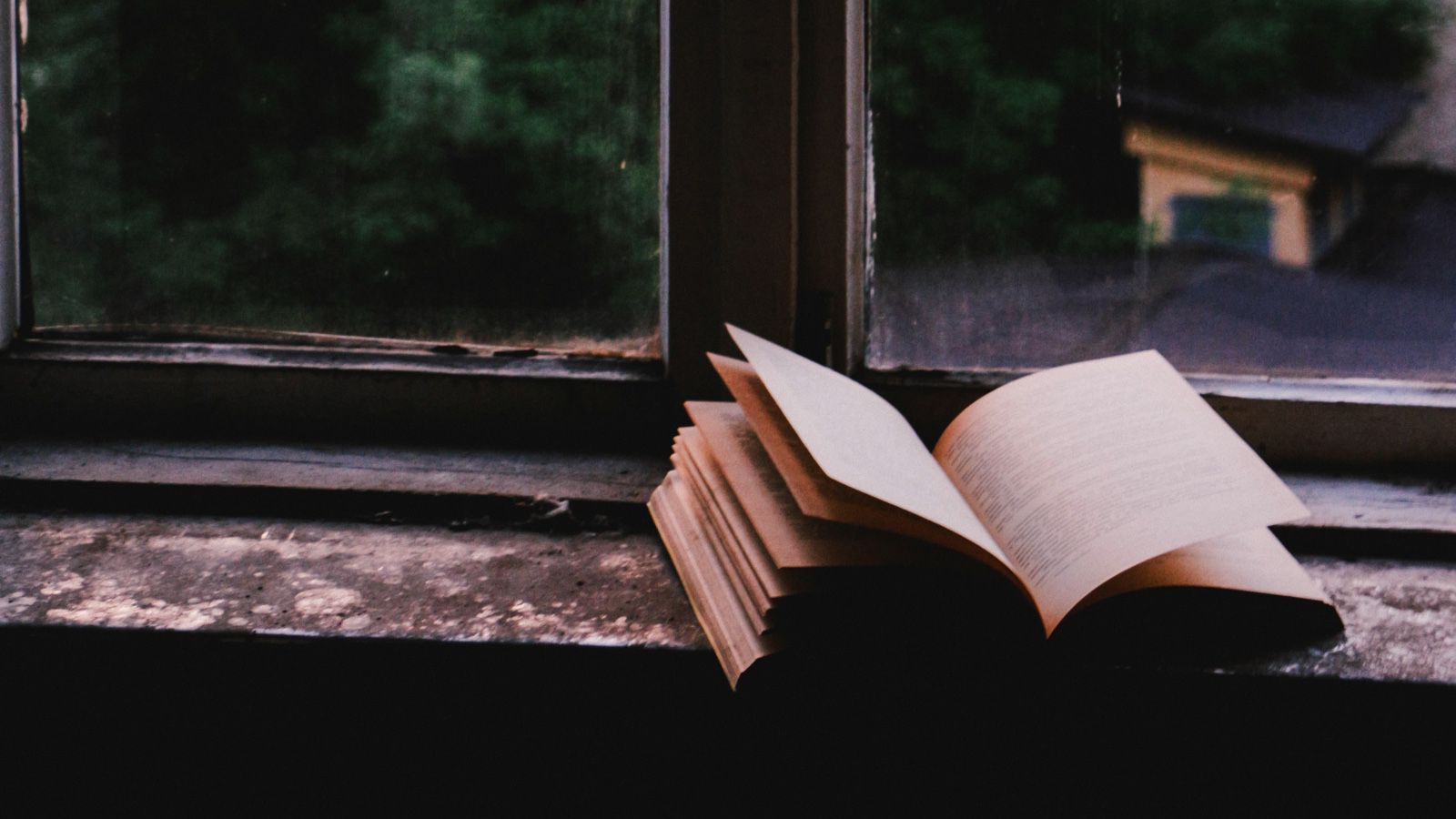 In July 2018 I embarked on a one and a half day long journey to the U.S. I was travelling alone, and though I had moved out of the small town I grew up in at 16 and had lived on my own in three different Indian cities, this was my first time flying out of the country. When my flight out of Kolkata got delayed, it became clear that I would miss the two connecting flights, one from Doha and the other from Philadelphia.

Now I am someone who has had to struggle with anxiety all her life, and travel has always been a trigger. I was scared of flying, even on short domestic routes. Yet, with the long flights I had to take on my maiden journey abroad and the unforeseen adjustments that had to be made because of the delayed flight, I was not flustered in the least bit. I calmly navigated my way through airline counters, sorting out the alternative flight bookings, and managed to reach the apartment that I had rented for the first 15 days of my stay. My parents were proud of me. But the truth is, I did not panic because I did not care.

I was in the U.S. to join a PhD program. And I had not wanted to go. I had given in to parental expectations. I found my corporate job hollow and unfulfilling. I had already convinced myself that I was not good at the things that I really wanted to do, so going for a PhD had seemed like a bitter pill that I just had to swallow. I still could not stop myself from bursting into tears at the thought of grinding away in a foreign country, doing something that I knew I would not enjoy. I tried to talk to my mother, but my otherwise kind and understanding mother herself teared up at the thought of her only daughter giving up a fully funded PhD offer at a reputed university. I did not broach the subject with her a second time. I stuck to my decision and boarded the plane. But I knew that I had nothing to look forward to – I did not care about making it to my destination in one piece.

Once I was there, the full force of what I had gotten myself into hit me. I started reliving the trauma from the emotional abuse I had faced during my two years in the competitive academic environment at one of India’s premier institutions. I stopped eating. I started having panic attacks. During a bad panic attack, I had to contact the on campus health services. They sent me to a counsellor, who suggested I take a health leave of absence, at least for a year. I immediately knew I had to do it. My parents were disappointed, but also worried about my health – they gave in. Once back home, I started looking for a job, since I needed at least a temporary sense of stability. It was then, when I was coming to terms with my new status as a disgraced quitter and trying to keep my wits about myself as I prepared for interviews, that I discovered Elena Ferrante.

I had bought myself the ebook version of My Brilliant Friend, hopeful that a good bildungsroman would help me hold on to a sense of sanity. But the first Neapolitan Novel turned out to be so much more. All my fears and insecurities had found expression in Ferrante’s powerful writing. The story is set in a Naples neighborhood in the 1950s. The characters in the neighborhood are acutely aware of their circumstances and are constantly fighting its demons.

Elena and Lila are two girls growing up amidst poverty and violence in the neighborhood, trying to eke out an existence for themselves through books and school. They are best friends, and fierce competitors who constantly challenge each other. Their paths decisively diverge as Elena continues at school and Lila has to drop out. But both of them continue to be propelled by an indomitable desire to rise above the miseries of their births.

The story is narrated by Elena. She is insecure. She has convinced herself that she is not good enough – she constantly compares herself with the effortless intelligence that Lila seems to possess. She is awkward, unhappy in her skin, confident that she will only be worth something if she keeps excelling at school. She works herself almost to the point of collapse, knowing all the while that she can never match the genius that Lila represents. She might do better than everyone at school, but she obsesses over Lila’s reaction to her achievements, even as Lila moves further and further away from the refinement of formal education that Elena has begun to associate herself with.

Elena and Lila’s friendship is a powerful depiction of a friendship between two brilliant young women in a society which allows talented women very limited place. Their friendship reminded me of my best friend growing up, and of the tragic fallout. But at a deeper level, Lila was the embodiment of the shadow that I was always chasing – the creative genius I could never be – the brave, self-assured person who does not care about what others think of her, a person capable of taking bold decisions, good and bad, and owning up to them.

Elena and Lila made me feel less alone. They showed me how I was too hard on myself sometimes – a realization that was key to keep going at a time when the feeling of failure was overwhelming. I knew there were three more books in the series, but I promised myself I would save them for low points, for I was sure they would help. And I was not wrong.

I picked up the next two books after I had moved to a new city for a new job. My sense of stability had not lasted long – I found out within a few months of my move that tumors which had plagued me during my college years and had necessitated three surgeries had made a comeback. As I trudged through biopsies and a plethora of other tests, Elena Ferrante came to my rescue once again.

The Story of a New Name and Those Who Leave and Those Who Stay follow Elena and Lila through early adulthood. Elena navigates the wider academic world of her big city university with a characteristic mixture of stoicism, determination and diffidence. She is plagued by heightened self-deprecation, brutally acerbic about her own pretensions. She still seeks validation, and in the process ends up in destructive relationships. She eventually achieves moderate success as an author, but she talks about her work with a bitter disdain. Yet when Lila dismisses her first novel, she is shocked and agitated.

Lila, on the other hand, is aware of the influence she can have on people and the limits of the powers of a woman stuck in the violent, abusive atmosphere of the neighborhood. She fiercely wields her influence to wreak havoc in the lives of others and herself. She ultimately finds herself more impoverished and overworked than ever before. Elena’s heart breaks when she visits Lila at her new address, but in her eyes, Lila is still invincible – her spirit shines through her sleep deprived eyes and her emaciated face. Even in this state Lila dives into one project after another. But she is tired on the inside, suffering from episodes of what she calls “murmurs in her heart” and “dissolving boundaries”.

These books provided me the same sense of companionship the first book had. The discontentment and restlessness that permeates the writing hit close home. Reading about emotions that I had never thought could find voice in a story was cathartic. Ferrante’s observations about the hypocrisy of intellectual circles still dominated by men and their suspicion of the female intellect are precise and relevant. The political backdrop of emerging workers’ and feminist movements in Italy is interesting in its own right. Elena Ferrante’s writing had the unique power to draw me away from the real world, away from the sources of my troubles yet make me face my inner demons.

I read the final book in the series last December, when I was struggling with the physical manifestations of anxiety that kept getting worse. In The Story of the Lost Child, Elena and Lila have moved back to the neighborhood. They are more honest, with each other and with themselves. They feel closer than ever before, until a terrible tragedy separates them for good. This book has some uncannily relatable and goosebumps inducing paragraphs about the characters’ struggles with depression and anxiety. Lila talks about how she had always had difficulty believing that life had firm boundaries, how all her projects had been attempts to contain reality into well-defined boundaries, for at the hint of the slightest distraction, objects and people would mesh into one another, boundaries would dissolve, leaving Lila in a jumble of tactile, visual, olfactory sensations. These vivid images articulated with strange precision my own struggles with trying to fit my perceptions of the real world into the framework that I think it should inhabit.

Elena Ferrante has said that the four books are really one novel, published separately for convenience. It certainly feels that way. The story is seamless and the writing is taut – it does not falter once in the 1500 odd pages. There is much speculation about the true identity of the author, for Elena Ferrante is a pen name. But I don’t want to know.

I really believe that the story she tells in the Neapolitan novels is her story – that she has packed parts of herself into Elena and Lila – which is why each struggles to define herself independent of the other. Elena and Lila are two parts of the same brilliant mind. Lila is the part that breaks free, freely expresses itself in all creative endeavors – the tortured genius, the luckless rebel. Elena is the part that refuses to believe in itself, that is cautious, careful, vulnerable and forever fearful of the world finding out the perceived limits of her capabilities. With her strong prose, Ferrante strips them of the romanticism that is associated with the former and the pedantry that is associated with the latter. I see flashes of Elena and Lila in myself. In my mother. In my best friends.

I don’t want to know who Elena Ferrante is, but I want to thank her. I want to thank her for helping me through some of the most difficult phases of my life, and for keeping me sane enough to finally seek help. I also want to thank her for giving me hope. The Neapolitan novels might be some of the best books I have ever read, but they also feel remarkably accessible. They give me hope about the things that I can write about. It is profoundly reassuring to see a raw, honest exploration of the female psyche elevated to high art.