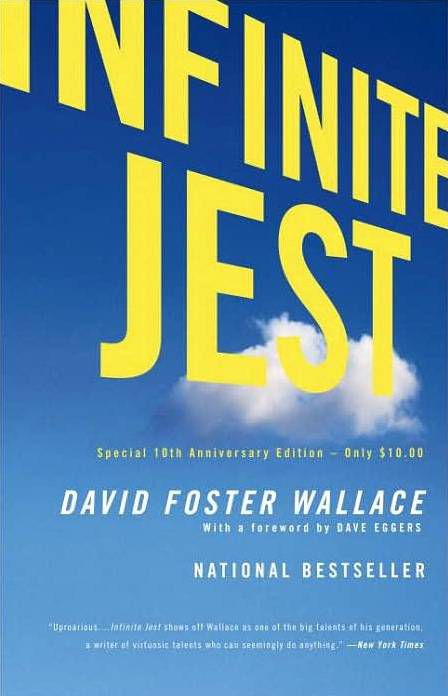 After reading a somewhat pithy and entertainingly disappointing post on Flavorwire about the 10 Epidemically Overrated Books, I was in a state. How dare they put The Great Gatsby on the list! Do they sincerely prefer Don DeLillo’s Mao II over the sleek and uber-depressing White Noise? Of course there are a couple that I agree with: Finnegans Wake is demonstrably unreadable and Twilight is, for lack of a more eloquent term, a waste of time. But it all goes to show how subjective rankings are. It seems like sometimes the only thing they’re good for is starting an argument. If that’s the case, let me throw down a gauntlet.

Yeah, hate me. That’s fine. I expected that. It’s not that I think this book is “bad,” per se. In fact, it’s really, really good. I’ve just heard too much praise for the wrong reasons. I know so many people who tout this book as an examplary work the likes of which we haven’t seen since the days of High Modernism, but I found that it didn’t challenge me in any way. It didn’t make me question how I live my life. It was a little self-congratulatory to be anything “BLANK of our generation.” Like I said, I think it’s a great book, just overrated. I prefer his nonfiction, to be honest.

2. The Lovely Bones by Alice Sebold

The most boring murder story ever snored.

3. The Old Man and the Sea by Ernest Hemingway

Again, I get that this book is better than 99.9% of all others. It’s just so incredibly overrated. It’s Hemingway at his self-parodying worst. The moralizing is way too black and white for it to be anything but high school required reading.

Politics aside, this book is impossible for anyone who demands things like coherency, believable plots, and interesting dialogue from their novels to get through. If you’re not a reader who wants these things, and you also hate the vulnerable and weak, you’ve probably already given copies of this book to perfunctorily thankful relatives and friends.

OK, I totally agree with Flavorwire on this one, and for the obvious reasons. I also agree with Vonnegut that writers shouldn’t punish their readers.

6. The Bell Jar by Sylvia Plath

7. Of Mice and Men by John Steinbeck

This book is overrated for some of the same reasons that The Old Man and the Sea and Atlas Shrugged are. It’s a bit of overheated propaganda that cloys and plays on the most shallow sentimentalities. Am I the only one that thinks Steinbeck is at his best when he’s not trying to give a morality lesson?

9. The Dharma Bums by Jack Kerouac

I’m tired of pretending that this novel is the “good” On The Road. It’s just a crunchy, Left Coast version of it. It’s like moving from Williamsburg to Portland to get away from hipsters. If you want to read Kerouac at his best, try Tristessa.

10. The Tropic of Cancer by Henry Miller

You know those friends you have who think they’re scandalizing you by making racy jokes and talking about their sex lives, and you’re just too cool to tell them they’ve got it all twisted, that they’re actually pretty banal? This book is that friend. And you, you’re too cool for it.