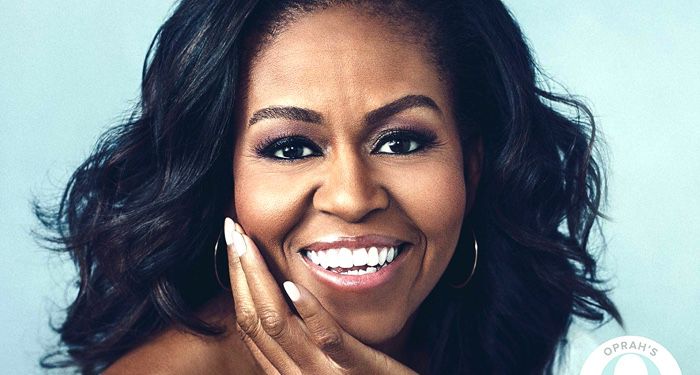 Critical Linking, a daily roundup of the most interesting bookish links from around the web, is sponsored by Flatiron Books, publisher of His & Hers by Alice Feeney.

“During the 49-minute episode released Wednesday, the former first lady and first Black president of the US discussed social justice advocacy in the wake of George Floyd’s death, the importance of the younger generation being politically engaged, and family. The Obamas, who both received their law degrees from Harvard University, also stressed that the perspective they gained from their experiences influenced their passion for political advocacy in their communities.

“But Crawdads will be a decidedly different project for the actress. The story does not fit easily into any one genre and focuses almost entirely on one very young narrator: Kya, the “Marsh Girl.” In the Delia Owens novel, the girl lives in Barkley Cove, a quiet coastal town in North Carolina during the 1960s. She’s lived there, alone in her shack, for years, ever since her entire family left her behind, one after the other. Although Kya’s secretly a brilliant naturalist, the locals view her with wariness and even disgust—so when heartthrob Chase Andrews is found dead one evening, the blame falls squarely on Kya’s shoulders.”

It’s still so wild to me how that book just blew the f@!#.

“In January 2018 I published my first book. A memoir that focused on the rise of @blklivesmatter @dignityandpowernow and the role I’ve played in supporting this movement for Black lives. I shared deeply personal moments in my life to humanize #BlackLivesMatter and give a face to one of the people who faced death threats. @ashabandele713 and I pulled a poetic memoir together so that the country and world can re evaluate its relationship to BLM.”

Young people are watching and want to engage in these important conversations! I hope we see more and more nonfiction adapted for young readers.