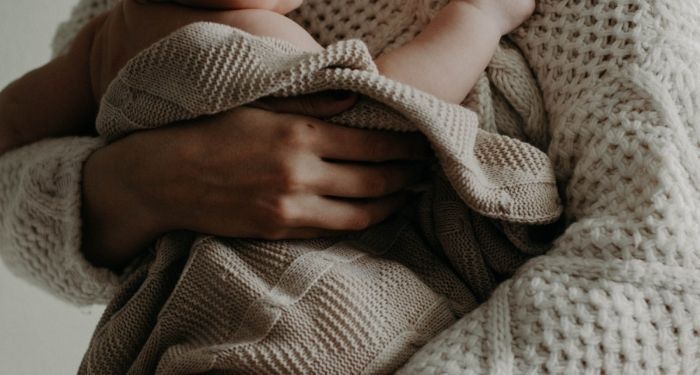 We as a society believe mothers to be the patron saints of love and care, a demographic that can never be in the wrong. But aren’t mothers too complex to be boxed into outdated models of femininity glorified by popular culture? Are they truly the wondrous collective that sacrifices themselves for the greater good of their children?

Literature begs to differ. Mothers, just like any other part of human society, aren’t the embodiment of perfection and it’s high time we read them as they are.

Frankenstein Of The New Age And Her Monsters

One of the defining themes of Gillian Flynn’s Sharp Objects is toxic mother-daughter dynamics. Adora, the daughter of an abusive mother herself, had inherited more than just material wealth from her parents. She grew up with less-than-ideal standards of mother-daughter relationships, so following the familial tradition, she too became a poisonous presence in her daughters’ lives. One of her daughters, Marian, died when her other daughter Camille was young. Marian’s death is just one of the reasons the relationship between Camille and Adora soured beyond repair. Adora’s literal poisoning of her other daughter, Amma, with homemade potions is a metaphor for all the ways abusive mothers have their daughters in a chokehold. Adora made sure that her daughter, Amma, had a codependent relationship with her so that she could baby her forever. Adora was determined to not let Amma be her own person. She was poisoning Amma just like she poisoned Marian to death.

Adora suffered from Munchausen By Proxy Syndrome. This is why she tried to inflict pain on her daughters: so they would adore her for caring for them. The void her mother’s abuse left in her resulted in Adora actively harming her children with the hope that they would never leave her. Amma turning into a murderer could be attributed to “a child weaned on poison considers harm a comfort.” Just like her mother, Amma was numb in the face of others’ suffering. Adora’s mother’s abusive upbringing led to the making of future generations who were far from the hope of being healthy, happy humans.

Love And Other Disasters

Manju Kapur’s Difficult Daughters mainly revolves around Virmati, who passed on the trauma of hurtful parenting to her daughter Ida. As Virmati’s mother was delivering a baby year after year, she had little left in the way of emotional resources to provide our protagonist with a healthy childhood. Virmati’s needs were constantly sidelined by the demands of her mother who expected her to take care of her younger siblings, thus needing her to martyr herself at the altar of an exhausting cultural script.

While on the surface it might look like a story of customary exploitation of women by society, a deeper reading will divulge the self-destructive pattern of Virmati’s romantic attraction towards a married professor. In Women Who Love Too Much: When You Keep Wishing and Hoping He’ll Change, Robin Norwood discusses in length the huge disparity between eros and agape, that popular culture vehemently preaches to be one and the same. Following the tradition of Renaissance poets, eros is the umbrella term for anxiety, suffering, pain, and yearning occurring simultaneously that is mistakenly repackaged as love. Passionate love or eros is what women coming from dysfunctional families, like Virmati, feel for their romantic partners. They ardently believe that in order for love to exist, there have to be constant struggles and obstacles to overcome. Even though he never left his first wife and was very less accommodating towards Virmati’s needs, she was addicted to the temporary high that the married professor’s attention triggered in her. Despite everything, she married him. Had Virmati’s mother loved her daughter right, setting proper standards of love, she would have known better than to accept the scraps of affection she was being offered by her husband.

Agape on the other hand is based on mutual trust, respect, stability, and deep emotional intimacy. Women like Virmati who have been subjected to hurtful parenting, often find this kind of relationship boring and dull as they have grown up believing that they’re not innately deserving of love but have to earn it. Many a time being drawn to emotionally unavailable partners is an aftermath of being brought up on a diet of conditional love. Virmati chose a relationship that wasn’t her safe haven, but an extension of the trauma inflicted by her mother. She got enmeshed unwittingly in chaotic, uncertain, and emotionally painful situations as those were the only kind of relationships she had ever shared with her mother.

Each woman approaches motherhood differently. While it’s true that mothers in fact are often emblematic of unconditional love and compassion, they are also very much capable of becoming exemplars of the lows that humans can sink to. Popular culture’s fixation with mothers who are empathy personified invalidates the darker side of motherhood that exists whether we acknowledge it or not. Literature is the only respite from all these idealized versions of motherhood. Through its portrayal of bad mothers, incompetent mothers, neglectful mothers, and mothers who are literal threats to the lives of their children, literature truly captures motherhood in all its glory or lack thereof.

If you want to read up more on noxious parent-child relationships, check out Book For Readers With Toxic Parents.