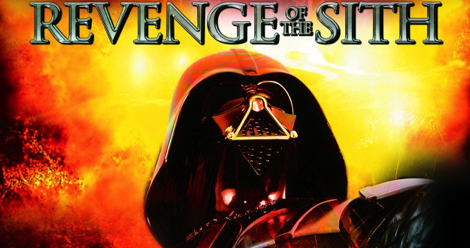 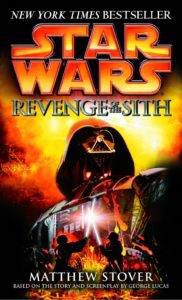 The Anakin Skywalker presented to us in the prequel trilogy (known in my house as “those movies which don’t exist”) is… well, he’s unpalatable at best. He’s also whiny, selfish, abusive, and a lying liar who lies all the time. He is a sadist and a murderer. There is neither anything receptive in his arc nor does he give anyone a reason to offer him redemption.

Not only did the aforementioned make for unpleasant viewing, it also tainted Anakin’s sacrifice at the end of Return of the Jedi, despite Episode VI having predated Episode III by several decades, because it moved me beyond caring at all about anything to do with Anakin Skywalker. From the moment Revenge of the Sith was released, all I could think about while watching that climactic moment was, “He totally had that coming.”

I got some serious whiplash when I started watching the animated Star Wars: The Clone Wars (set between Episodes II and III). The show gives us a very different Anakin Skywalker: the young Jedi Knight is self-possessed if fiery, compassionate, kind, and moral almost to a fault. A friend, a brother, a teacher, a warrior. A man full of promise and hope who truly does want to make the galaxy far, far away a better place and is struggling against and around and through a great many obstacles to do so.

I adore that Anakin but, until recently, I had a difficult time reconciling him to either the Anakin of the prequels or to Vader. Yes, Filoni and Co. hinted at his darkness and eventual fall , but Clone Wars Anakin is so fully fleshed out, so nuanced, watching him was almost like watching fan-fiction and my brain kept him compartmentalized from the larger saga. He definitely wasn’t the same character I saw in the snippets of Revenge of the Sith I’ve managed to stomach over the years (full disclosure, there aren’t many).

The gap, however, was eventually bridged. How?

I read Matthew Stover’s novelization of Revenge of the Sith (which, while taking place after the events of The (animated) Clone Wars chronologically was published in 2005, a couple of years before the first season of the show aired.

When Mike Underwood (Geekomancy, Genrenauts) recommended the book to me (during the first author interview I ever did; I shall remain ever grateful for his patience and forbearance), I was immediately… dubious. I, like so many Star Wars fans, still felt the sting of prequel betrayal and wanted nothing to do with that which came “before” the holy trinity. The man has never steered me wrong on a book recommendation, though, so I, with great trepidation and a hard swallow, requested Revenge of the Sith from the library.

I expected it to be a novel I would endure, a slog I staggered through for the sake of saying I had done the thing.

I did not endure.

I loved it in no small part because Revenge of the Sith is the literary redemption of Anakin Skywalker and it redeems him without ever making excuses for the atrocities he committed and the choices he made. What Stover does is show us why Anakin followed the path he did, humanizing him without normalizing the violence he wrought. And that is no mean feat. Anakin wrought a lot of violence.

Stover shows us a man betrayed.

When I was a kid, the Jedi were the unquestioned heroes of the piece, brave warrior-sages who gave their lives in defense of liberty and the little guy. As I read Revenge of the Sith, however, I came to realize that the only perspective we had previously had on the matter were the recollections of a lonely, nostalgic Ben Kenobi. As I read, I began to wonder: who were these mysterious figures who populated the interior mythos of Star Wars really?

Stover gives us a very different view of the Jedi, a much more honest, “real-time” perspective on the legendary defenders of the Republic. The Jedi, like every other being ever are individuals with individual personalities. Agendas. Anger management issues. Dark sides. Egos the size of a certain that’s-no-moon. Even the best of the Jedi, and Anakin was at one time one of them, were riddled with faults, hammered with divided loyalties, and subject to impossible expectations. If I’m honest, though it stung a little at first, I think the Jedi are all the more interesting for being fallible beings who do what they think they should or must, who (mostly) try to do the right thing, who struggle, fight, and screw up royally.

Anakin always had a bit of the rebel about him. He was always a little insecure. He spent most of his life carrying the very heavy burden of other people’s needs: his mother’s, Qui-Gong’s, Obi-Wan’s, the Councils’. Tell a child he’s the chosen one and he’ll believe you but he’ll also spend all of his waking hours living in fear of failing you. Skill provides some shelter, and bravado a bit more, but there’s still a lot of raw nerve exposed. Of course he’s going to bond with the first person who shows him some compassion, some understanding, who is interested in him as an individual rather than as a tool (I heard that snicker. Not that kind of tool. I mean, yes, but no. Stop it). And of course he’s going to lie about it because he knows if any of his overlords find out, they’ll take away his only solace (let’s leave the fact that’s totally unfair to Padmé out of it because that’s another discussion for another time). There is no way that scenario ends well for anyone and anyone who’s lived as long as Yoda and his compatriots knows it.

There’s also the matter of the Jedi Council deliberately putting Anakin in a scenario in which they expect him to fail and then punishing him when he does. The Council Members know Anakin lives with deep seated, and completely justified, rage boiling in his gut and they still shove him into Palpatine’s metaphorical arms, not with guidance and support but as a test for which they have not prepared him and he is, thus, inevitably going to fail. Yoda makes mention of this very thing several times over the course of the book and yet, again and again, he tosses Anakin to the Sith wolf in the name of the Order, to find out if Anakin is, in fact, the prophesied Chosen One (which it’s pretty clear by that point, he isn’t). The Council gives no thought to the person who is Anakin Skywalker but only to what he might be able to do for them. To make matters even worse, Yoda and Windu forbid Obi-Wan, Anakin’s own teacher, from offering Anakin any sort of guidance, claiming the Knight needs to make his own choices, despite evidence Anakin is losing his way. Worse still, Obi-Wan allows himself to be used to shove Anakin at Palpatine; yes, he’s torn up about it and broods over it, but the great hero of the Jedi  takes no action to remedy what is clearly an horrific situation. Even when Anakin is at the tipping point, even when Obi-Wan knows his supposed friend and brother is going to fall off the cliff and take and innocent woman with him, he does nothing to stop it. He literally stands there and watches it happen.

Is any of this in the films? Sort of. We see short scenes, hear a line here and there but Episodes I-III are mostly focused on bad CGI and a terrible, not-at-all romantic relationship. Stover, however, puts the reader into Anakin’s head at vital moments, allowing us to feel his intense emotions, to see exactly when the cracks become rifts and rifts canyons from inside the heart of the person being betrayed. In the wrong hands, such a technique would be insufferable melodrama but with this particular writer, in this particular scenario, it allows us to catch glimpses of the man who preceded, and who still lives inside, the monster.

That is a very powerful bond and it is one Stover successfully forges between Anakin and the reader where the movies entirely failed to do so.

Do we always like Revenge of the Sith Anakin? No. Absolutely not. There is much that remains unlikable. Does our deeper understanding of Anakin excuse the fact he slaughtered children? So much no. There is no rationalization for such an act. While he may not ultimately have murdered his pregnant wife, he certainly contributed to her death and there is no galaxy in any universe where that can ever be justified. After which he joins up with the Emperor (though previews of the forthcoming, round two, Vader comic implies that part may not have been quite as voluntarily as we have been led to believe) and slaughtered millions (that part was voluntary).

There is nothing, no maltreatment, no abuse, which can ever excuse the things Anakin Skywalker chose to do, the harm he chose to inflict, the chaos he chose to wreak. But, for me, understanding the man Anakin Skywalker teases out a character history which allows for some empathy. It lends Anakin a modicum of humanity, allowing me to feel something for him once more, to acknowledge that within him which makes his ultimate sacrifice genuine. It reminds me to have compassion, if not for every monster, than at least for the person the monster used to be (if he was ever one at all. I’ve worked in corrections and I can tell you with absolutely certainly there are some monstrous, irredeemable souls in the world though they are in the vast minority). It allows me to mourn for the child Anakin, for Clone Wars Anakin, for Anakin who could have been but never was. Tying myself back to that thread is one of the things that brought me back to the fandom after years of my interest laying fallow, that tied me into a community I had thought lost, one that’s proven so important to my continued sanity and ability to tolerate reality over the last couple of years.

May the force be with you, friends. Always.