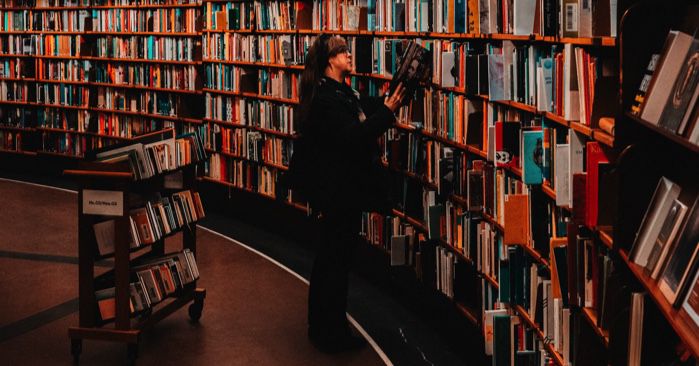 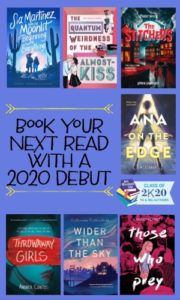 THE STITCHERS: "The chills come guaranteed."--Stephen King THOSE WHO PREY: “Fans of (literal) cult fiction, this is your new Must Read.”--Dahlia Adler, author. THE QUANTUM WEIRDNESS OF THE ALMOST-KISS: “An incandescent debut about prodigies in love.”--Amanda Sellet, author. WIDER THAN THE SKY: “A gorgeous debut that will capture your heart.”--Corina Vacco, Delacorte Prize-Winning author. ANA ON THE EDGE: "A sensitive...portrayal of the barriers faced by nonbinary kids."--Booklist, Starred Review SIA MARTINEZ AND THE MOONLIT BEGINNING OF EVERYTHING: “Luminous, genre-bending and out of this world.”--Kirkus THROWAWAY GIRLS: “A smart, memorable mystery.”--Kirkus, Starred Review

Ever since my 8th grade field trip to Washington, D.C., I knew I wanted to live in the city. The tour dropped us in the gleaming white streets of the nation’s capital and I was immediately enchanted by it all. Despite how badly I wanted to live in D.C., I didn’t actually expect it to happen until it did, thanks to other coincidental life circumstances. Like anything, I discover that it wasn’t quite what I expected and, as it turned out, city life wasn’t really for me. Almost immediately, I missed the quiet woods and hills of the more rural areas where I grew up and went to college. Shortly after settling in, I started to try and figure out how—and to where—I could move. But now, six years later, there’s still something holding me back from fully committing to leaving: the libraries.

Okay, so technically, I live in a suburb of D.C. but I work in the city. Regardless, being a resident in the general area grants me reciprocal access to nine additional library systems nearby. Even if they aren’t convenient for me to drive to, I can still take advantage of their digital collections. Once in a while, it’s nice to take those drives anyway, giving me an opportunity to explore what’s known as “DMV,” meaning District of Columbia, Maryland, and Virginia metro area or just beyond.

Other library systems in the country no doubt have reciprocal lending or similar programs in place. My neighboring state, Maryland, for example, has a policy that allows patrons to use the card from their local system at many other public libraries throughout Maryland. New Hampshire is similar, provided the library in question participates in their state-wide consortium program, which includes public and academic libraries. These are ones that I know of, though I’m sure other states have comparable approaches.

But still. I’d have to do a good amount of research before committing to a new location before I’d be ready to leave my current town. The ability to check out materials from ten libraries—and then some, if you include the statewide access Maryland provides via library cards I hold in Maryland—is phenomenal. I’m entirely spoiled by it and I can’t say that I’m ready to give it up. I spend hours on Goodreads and the library catalogues, “shelving” where I can find the titles I want to read. Do I want all that to go to waste by a move? And when popular books arrive on the reading scene, I can place holds at any of the systems I wish to, letting them “race” to me, rather than sitting on a seemingly endless list as they work their way through patrons who prudently placed holds before I did.

I think not only about the print collections, but also the digital resources I have access to. OverDrive or Libby is a given for most libraries these days, but other databases aren’t so common. When I’m doing research, if one library is without something I need, there’s a good chance I can get it from one of the other libraries to which I have a card. And while I haven’t had an opportunity to use it yet (parking in D.C. is such a nightmare, particularly by the National Mall), don’t get me started on the Library of Congress.

While I’d like to spend my time somewhere more rural, the problem with this is clear: fewer libraries. Rural areas are more likely to have single-branch library systems for a variety of reasons, but we can’t overlook that money is certainly one of those. Although rural—and, often less wealthy—areas of the country are the ones who naturally have a greater need for libraries as libraries fill a number of needs that aren’t otherwise being filled in those areas, their library options are also fewer. In 2018, Northern Virginia was home to half of the richest counties in the United States, and I don’t doubt for a second that this fact has something to do with my incredible library access. Frankly, it’s a shame.

It’s probably not reasonable to make a decision on where I move next based on library services alone. There are other qualities I want in a living place that should be prioritized, like how far away from my parents the place is or whether or not I’ll be able to find a job there. And yet my heart squeezes a little every time I even think of moving away from the amazing resources I have here.

I won’t stay here forever. To be honest, as the richest counties ranking suggests, the area is incredibly expensive and it’s not sustainable on a librarian’s salary if I wanted to, say, buy a house. And I desperately miss the geographical features of more rural settings. But when I do leave, you’ll likely find me clinging to one of the nearest library buildings, devastated to leave such bountiful resources behind.