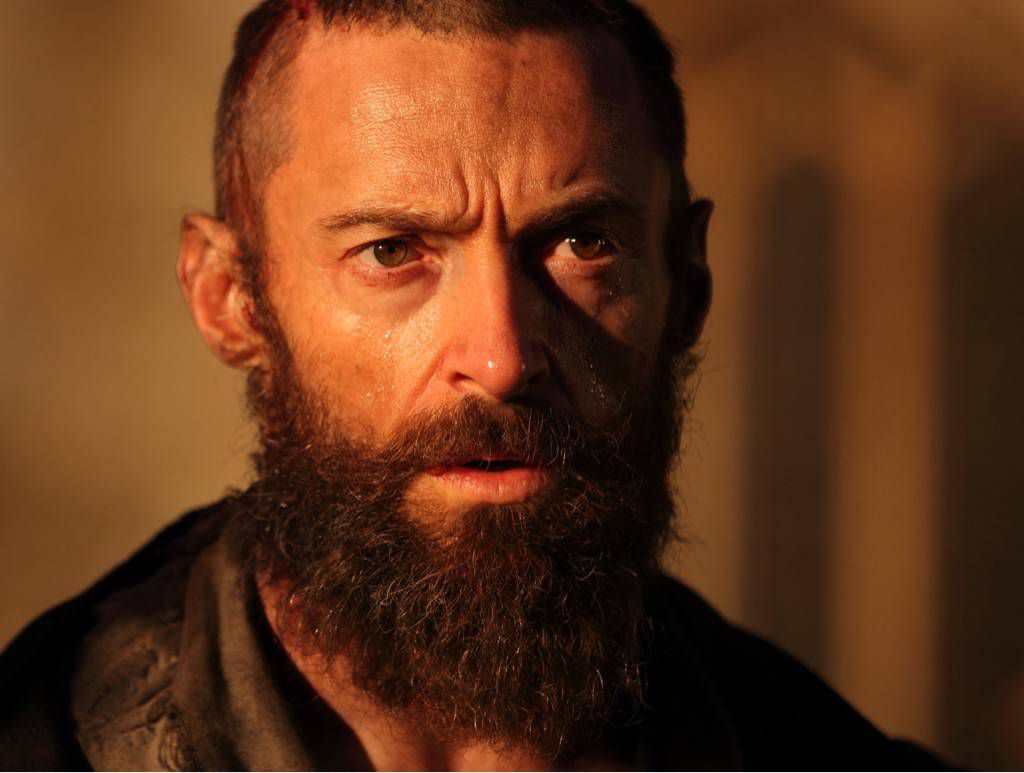 I must be being a REALLY good girl this year because Santa brought me Christmas early last week with The Great Gatsby trailer starring  Baz Luhrman trying too hard and Leonardo DiCaprio’s hair, then Santa came BACK this week and brought me the first Les Miserables trailer. Should we do a blow-by-blow? I really feel like we should.

:03 – Okay, so while we get the message telling us that the following preview has been approved for appropriate audiences by the Motion Picture Association of America, I can tell you that I tried to read Les Miz three times between my junior year of high school and sophomore year of college. I could never get past that first part that’s basically a  biography of a French bishop who’s nice to people. Please don’t judge me, I’ve read War and Peace and the first three volumes of In Search of Lost Time, I’m literate, I promise.

:10- Now we hear the wind blowing as we see production company title cards. What is the wind supposed to mean? The winds of change are bringing in a French Student Rebellion? That the sound of air blowing is a little bit sad and so is the fact that people who live in 18th-century France have no control over their lives? Oh f—, you guys, I don’t think I’m smart enough to figure out what wind blowing means and THEY DON’T HAVE SPARKNOTES FOR MOVIE TRAILERS SO I CAN’T CHEAT!

:17- The thing about actors is sometimes they get tired being rich and beautiful (apparently these are things you can get tired of) and so they like to play tricks on people, like getting really ugly for a movie so they can be nominated for an Oscar and then they show up on the red carpet screaming “JUST KIDDING, GUYS, I’M BEAUTIFUL, I’M BEAUTIFUL, LOOK AT ME DO A 360 TURN I’M BEAUTIFUL!”  But they don’t scream this with their mouths. They scream it with their very white smiles. If you’re a girl you can also scream it with your eyeliner.

Anyway, that’s what Hugh Jackman AKA Handsome Jean Valjean is doing right now with his Vegan Woodworker Who Lives in Bushwick And Raises Chickens on His Fire Escape Beard.

:19-…here’s Russell Crowe AKA Poor Javert giving it a go with his If a Drag Queen Dressed up as Napoleon for Halloween French Period Hat.

:21- …and we get a shot of Anne Hathaway being a pretty skeleton. It looks like she’s trying to play the Hugh Jackman and Russell Crowe Beard/Hat game but I know that she’s just following  modern standards of beauty and trying to be as skinny as she can be before her internal organs start failing.

:33- Anne Hathaway is wearing this blue hood thing that I think is supposed to mean she lives in olden times and has eaten one crust of bread all week, but I’m middle-class in modern times and I WANT ONE. I hope this movie brings them back into style, because I lied, I don’t want one, I WANT SEVEN.

:43-47- Hugh Jackman and Russell Crowe couldn’t wait for the red carpet so they take off their beard/hat halfway and they both do this heroic head-turning thing to remind us that they’re handsome BUT I REMEMBERED, I REMEMBERED, I NEVER FORGOT YOU WERE HANDSOME.

:50- Amanda Seyfried makes a two-second appearance as Not-As-Interesting-As-Her-Friend-Eponine Cosette. You can’t trick me into thinking Cosette is a walk-on role, Les Miz Trailer, I know she’s a really boring main character! Also because Anne Hathaway sings throughout the entire trailer, I think Universal’s marketing department thinks they can trick me into thinking she is the star of this movie but I KNOW that she dies twenty minutes into the movie because I listened to the double-disc cast album in my bedroom and sang/acted out all the parts eight thousand times between the ages of twelve and fourteen. School of life, bitches, school of life.

:54- There are shots of French flags and student revolutionaries to remind us that this is a movie about the French Student Rebellion and not Hugh Jackman’s Beard/Russell Crowe’s Hat/ Anne Hathaway’s Skeleton.

1:06- Wait, so we only get a one-second shot of French whores sexily coming out of doors and five seconds of Anne Hathaway singing and getting her hair cut? I call party foul on this trailer.

1:07- And now Russell Crowe is the only policeman in this shot NOT wearing a silly hat. I’m sure this was a contract stipulation.

1:08- Uh oh, here’s Hugh Jackman in a really awesome hat. I’m sure there was at least one awkward conversation on the set where Crowe pretended like he was completely cool with Jackman getting the good hat even though he clearly wanted to cut a bitch.

1:10- Amanda Seyfried gets another second of trailer! Adding her Pride-and-Prejudice-on-Methamphetamines-Hat  (along with Anne Hathaway’s hood-thing) to Things I’m Going to Start Wearing Even if This Movie Doesn’t Bring Them Back Into Style.

1:13- We get a shot of More-Interesting-Than-Her-Friend-Cosette Eponine and it’s NOT Taylor Swift! It’s not ANYONE I recognize! It’s not even that girl from Glee who really wants to be Barbara Streisand! Jordan from Gatsby and now Eponine are BOTH going to be randos? This is going to give so many unemployed actresses so much hope, and that is just so mean.

1:33- The last title card reads “The Dream Lives… This Christmas,” and all of a sudden my stomach is filled with vomit and diarrhea at the same time which I didn’t even know was physically possible until I watched this trailer.