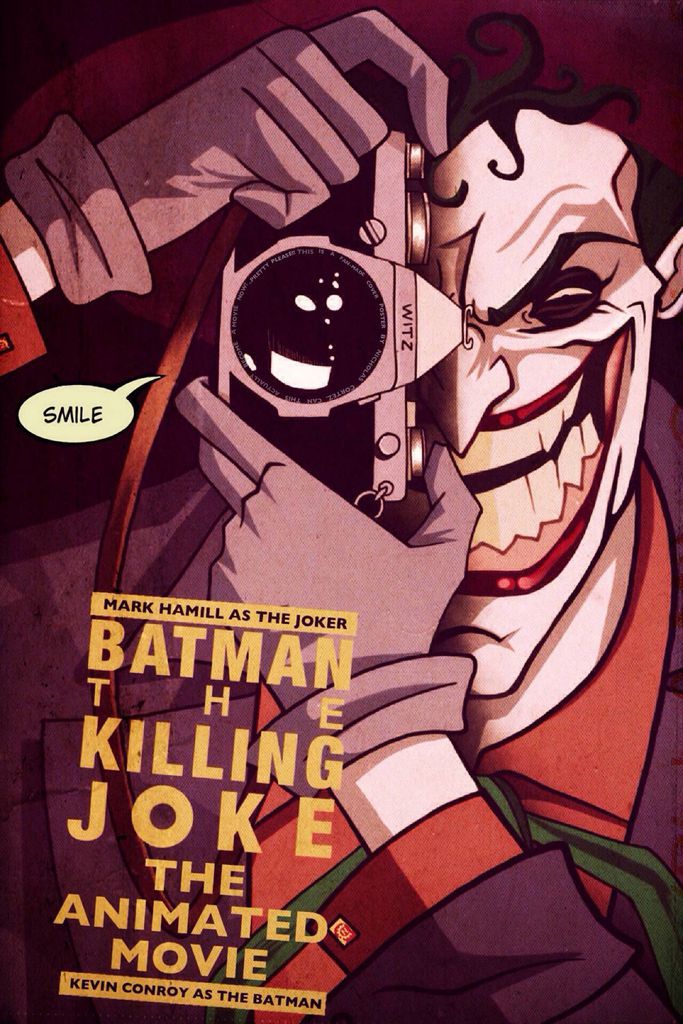 Monday and Tuesday cinemas featured a limited screening of The Killing Joke, an animated Batman film based on the 1980s graphic novel that Alan Moore penned. Kevin Conroy and Mark Hamill will reprise their roles as Batman and the Joker respectively.

This all sounds nice on the surface. Alan Moore is a respected comic figure from the Dark Age, and it’s a faithful film to boot. Even so, criticism of the graphic novel is there. Gail Simone, a great comic writer who created the Women in Refrigerators site, had this to say on Tumblr:

The Killing Joke As Continuity

The Killing Joke as a comic made several events canon: that the Joker definitely fell into a vat of acid and went nuts, that Batman would never kill the Joker no matter what was thrown at him and neither would Commissioner Gordon, and that Barbara Gordon was paralyzed from the waist down.

Gordon’s example is quite interesting in that no law would condemn him. The Joker kidnaps him and tortures Barbara, his adult daughter. If Batman hadn’t received the clue, the Joker could have easily killed Gordon or permanently injured him the way he hurt Barbara. This means that Gordon murdering the Joker would mean self-defense, and no jury would convict the Commissioner. The taxpayers could easily cover his therapy, as would Bruce, to help Gordon recover from such an act.

Batman in contrast has more to lose if he murders the Joker. The Dark Knight Returns illustrated that scenario perfectly, where the Joker’s death leads to the new Gotham police force hunting Batman. In that case Batman didn’t deliver the final blow, but he absorbed the responsibility. Bruce also abides by his moral code, as he explains in the graphic novel and film Under the Red Hood. Although the Joker deserves a brutal beat-down, Batman worries that if he crosses that line then he will keep crossing it.

That leaves one Joker victim, however, who never receives that choice: Barbara Gordon. Barbara due to The Killing Joke’s events nearly dies, becomes wheel-chair bound, and suffers mental trauma. In the Oracle Year One series she calls out Batman for laughing with the Joker after catching him. She discourages Misfit from taking up the Batgirl mantle, and reluctantly mentors Stephanie Brown. In the present day Barbara has regained the use of her limbs, but that doesn’t erase the past.

Batgirl by default has a rather unfortunate position. Her hero name derives from Batman’s and reminds us she is a girl, not a woman. In fact, the original Bat-Girl Bette Kane existed to chase Robin and obstruct allegations that he and Batman had a relationship. Thus it would take several Batgirl characters to reach the more progressive ones, and Barbara Gordon ended up in the middle, when she existed as a love interest.

Gail Simone assesses correctly that DC stuffed Barbara into the fridge. In other words, the writers injured her to bring reactions from the men in the story, Gordon and Batman. This shows lazy writing, and Alan Moore has expressed regret over this. The story would probably be different if Barbara had received more agency.

The other important woman in the story, Joker’s former wife Jeannie, also ends up in the fridge. Jeannie serves as the catalyst for the Red Hood to allow criminals to break into his former workplace. Her random death sends the Red Hood over the edge into insanity after the botched robbery. We don’t hear if she tried to find ways to pay the bills they need for the baby, or if she had a degree. She may as well not exist. In the Killing Joke movie new plot threads exist. Barbara and Batman become romantically entwined. This is a throwback from the 1990s series where Bruce took up with Barbara after she and the first Robin, Dick Grayson had split. Of all the throwbacks, though, why that one? It’s plausible that the commissioner’s daughter would have a crush on the Dark Knight, but why would Bruce indulge it? He’s old enough to be her father, and Gordon is his friend. There is no reason to add this to the film, apart from vilifying Barbara. This vilification doubles as victim blaming. In trying to add depth to her role, the filmmakers diminished Barbara’s characterization.

In addition, the movie assesses that Batgirl had started to treat criminals harshly. She retires before the Joker shoots her, thinking she crosses a line. Batman, being his typical modern hero dad, scolds her for it. Again, what purpose does this serve? Barbara is not Jason Todd; we already have a Jason Todd film. If the filmmakers were trying to add Barbara to the dilemma of killing or sparing the Joker, they did a haphazard job of it. It would have been better to give Barbara that choice with the Joker.